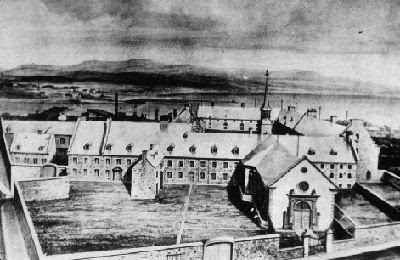 Jeanne Mance (1606-1673) was the first lay nurse to settle in New France. She was the founder of Montreal's Hôtel-Dieu Hospital and the co-founder of that city. She left France for the North American continent on May 9, 1641. Not only did Jeanne Mance establish a hospital but she directed her energy towards laying the colony's very foundations. When the Montreal mission was in jeopardy, she crossed the Atlantic several times to save it from ruin. In addition to running the hospital, Jeanne Mance was the treasurer and manager of the Montreal settlement.

A small picture signed L. Dugardin, preserved at the Hôtel-Dieu of Montreal, is believed to represent the true face of Jeanne Mance. 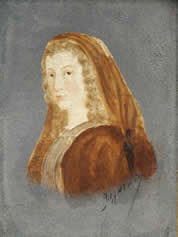 The Jeanne Mance stamp, designed by Raymond Bellemere, was based on the Dugardin picture. 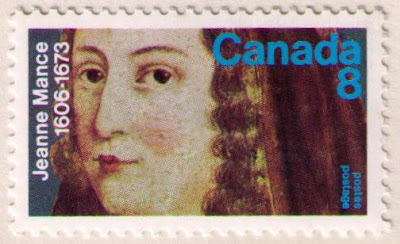 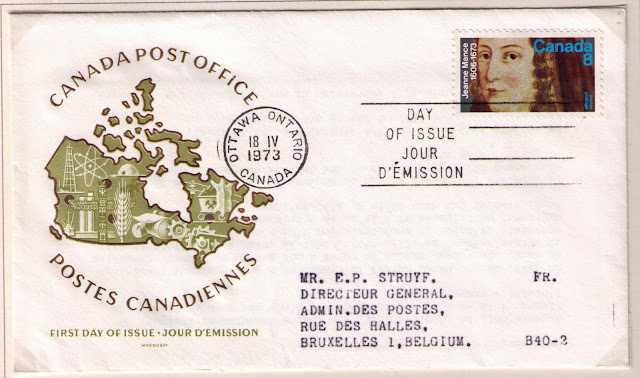 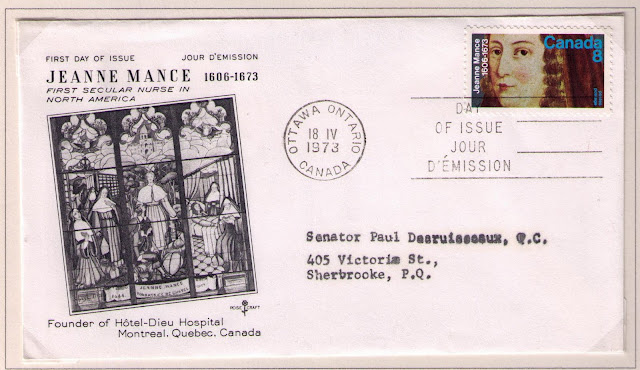 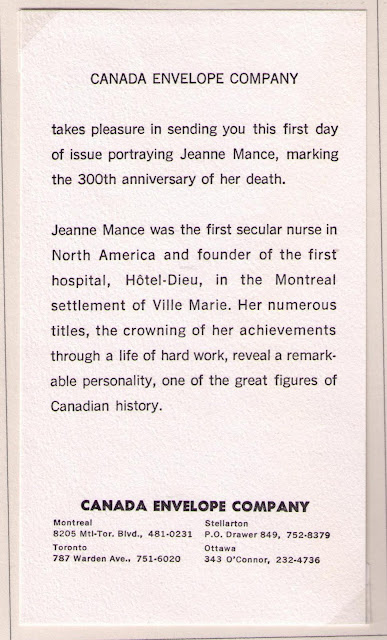 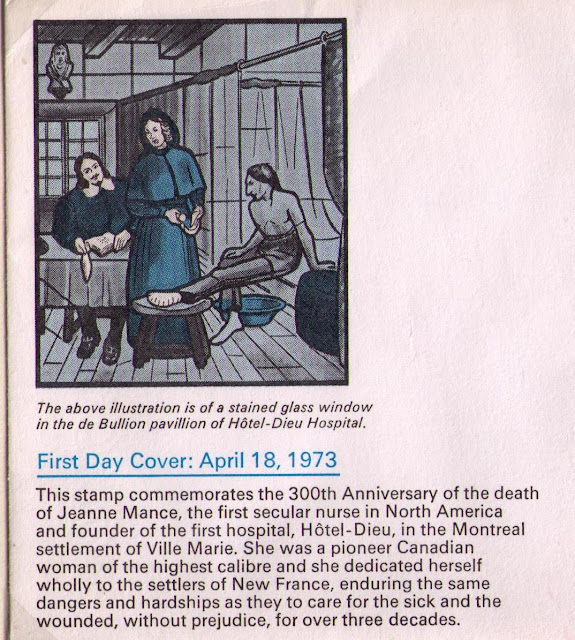 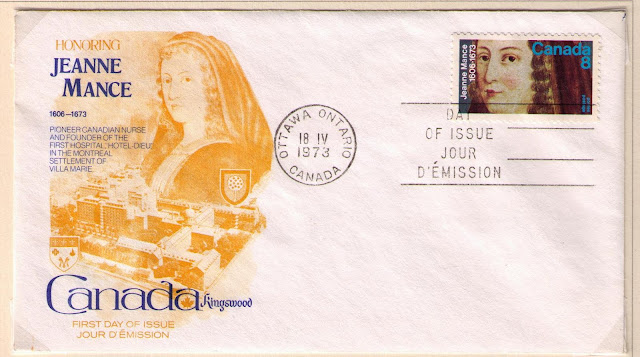 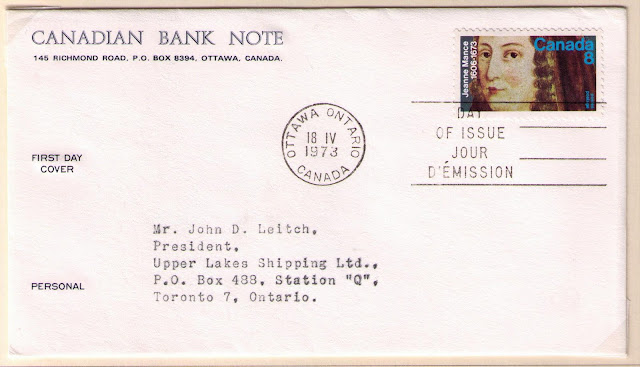 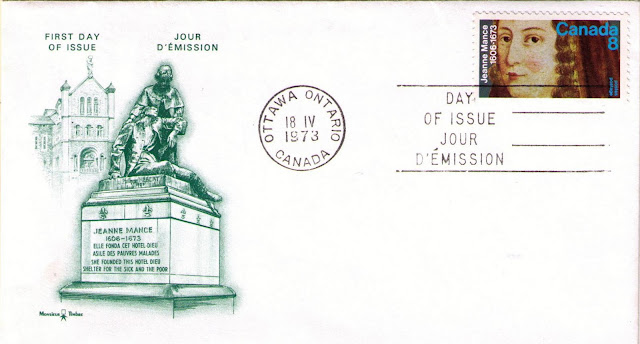 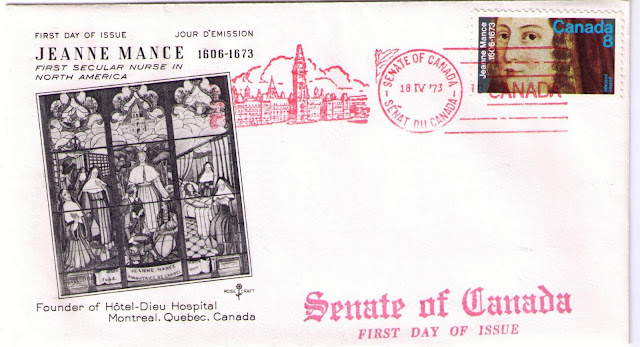 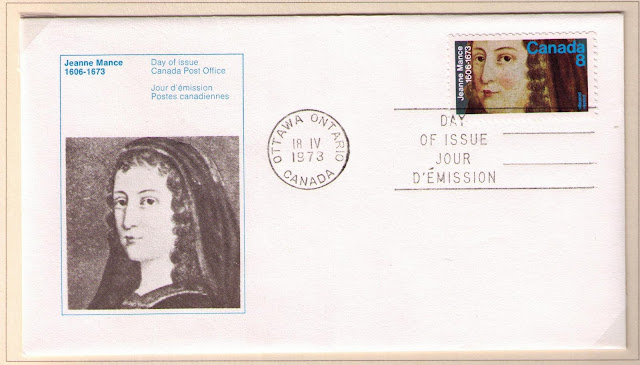 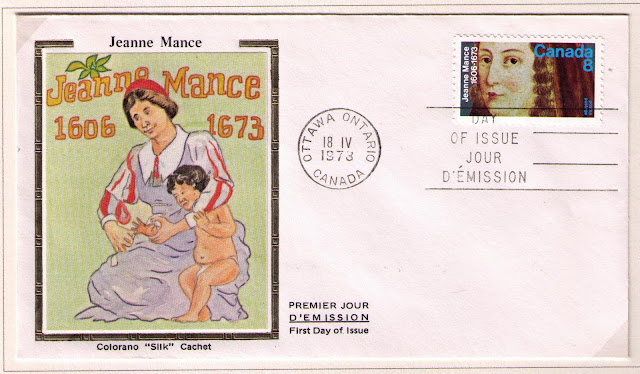 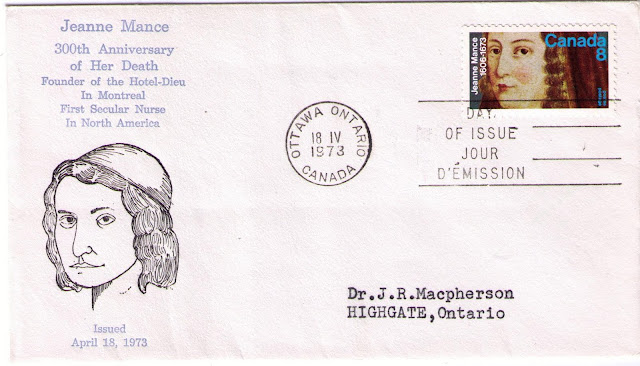 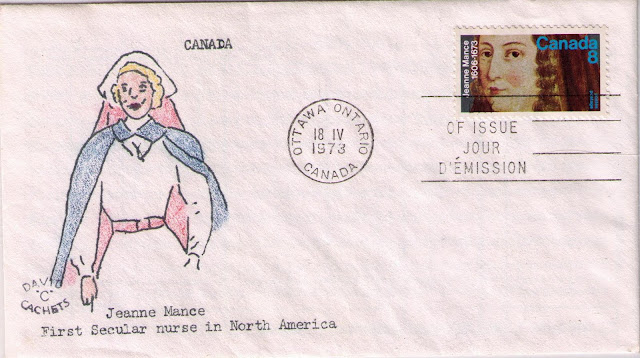 The Rosecraft cachet was used for first day covers prepared by the Canadian Nurses' Association. 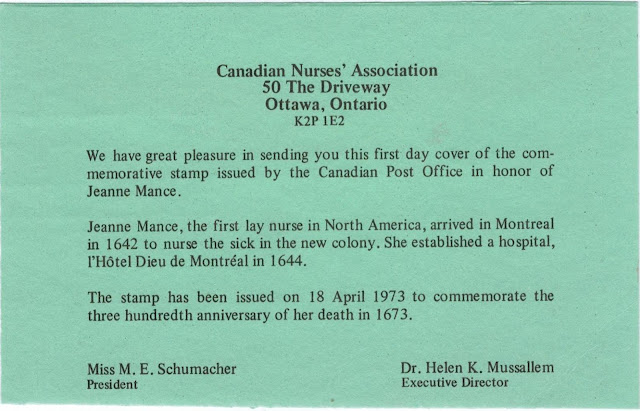 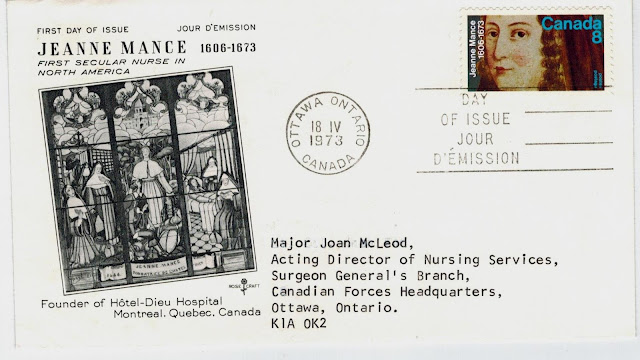 Posted by philcovex at 4:33 AM