1973 R. C. M. P.
In 1873, the Canadian government formed the North-West Mounted Police. In 1904 the Force became the Royal North-West Mounted Police and in 1920 the Royal Canadian Mounted Police received its present name. Today, the R.C.M.P. is responsible for the enforcement of all Federal statutes throughout Canada and for national security. It is the only police force in the Territories, and enforces the Criminal Code of Canada and provincial statutes in all provinces except Ontario and Quebec.

On March 9, 1973, Canada Post Office issued a set of three commemorative stamps to mark the centennial of the R.C.M.P.

8 cent
In July 1874, police officers marched west from Dufferin, Manitoba and established a post at Fort Macleod (now in Alberta). The March West is the subject of the 8 cent stamp. 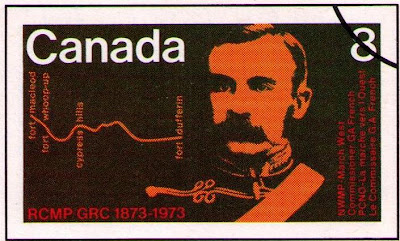 Scientific methods used by the R.C.M.P. such as spectroscopy are featured on the 10 cent stamp. 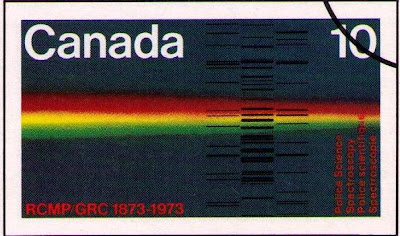 The famous "Musical Ride" is shown on the 15 cent denomination. 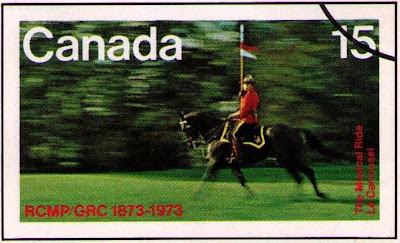 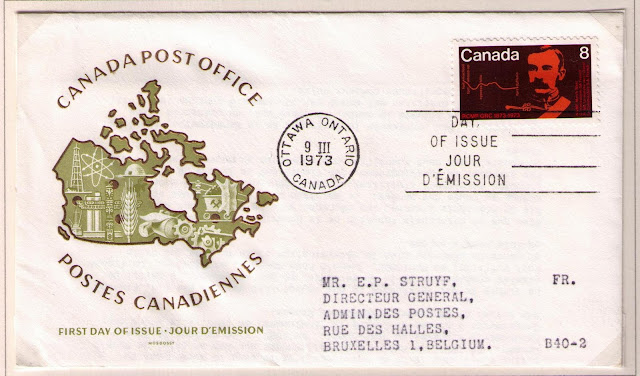 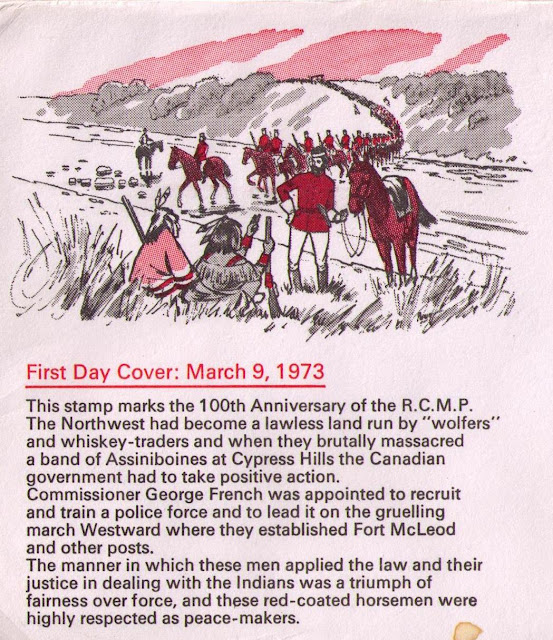 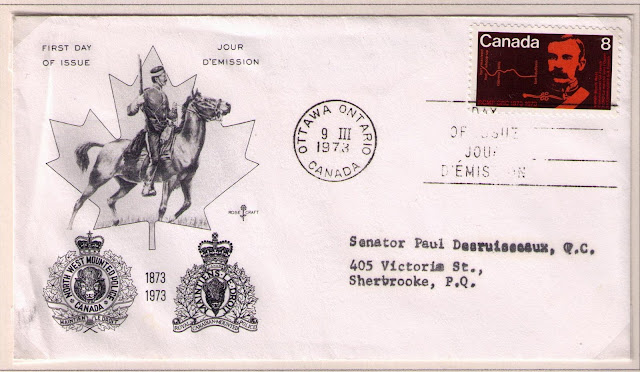 Canada Envelope Company used the Rosecraft envelope for this mailing. 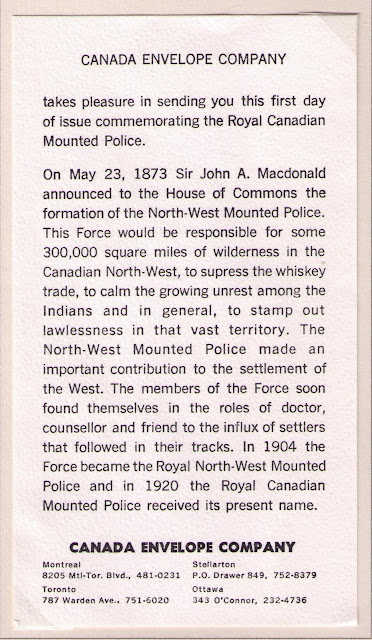 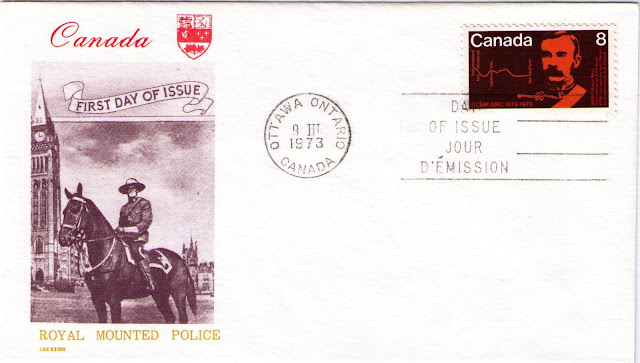 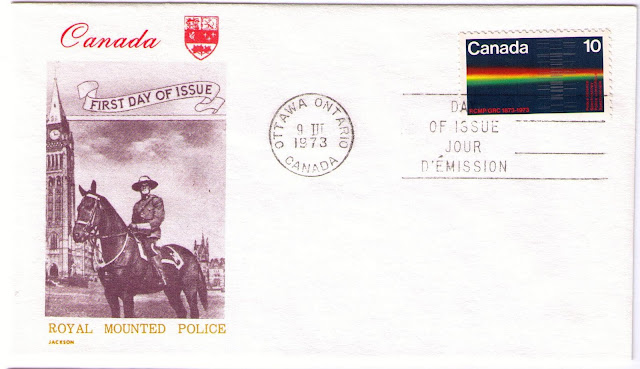 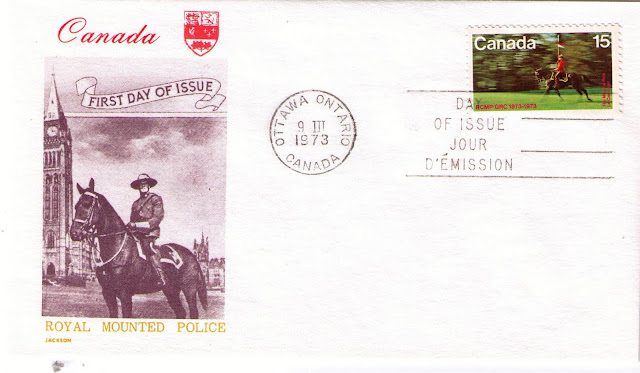 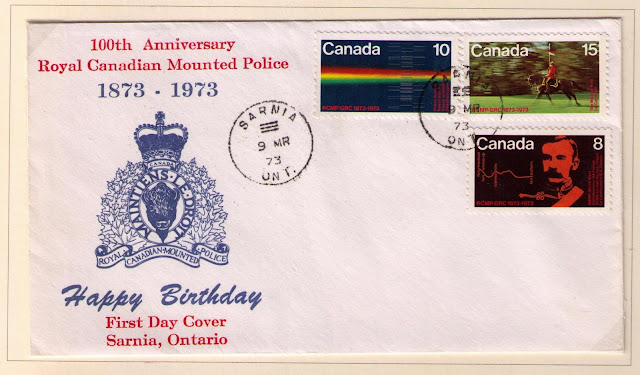 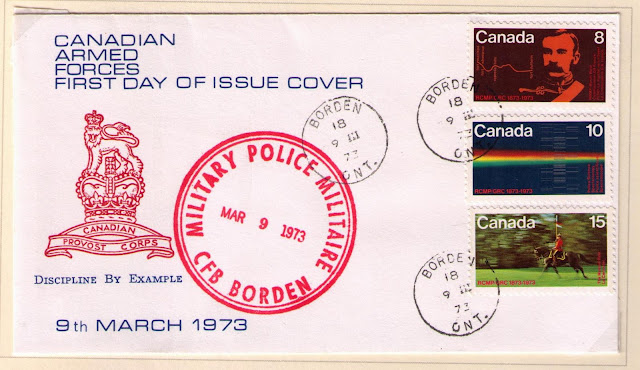 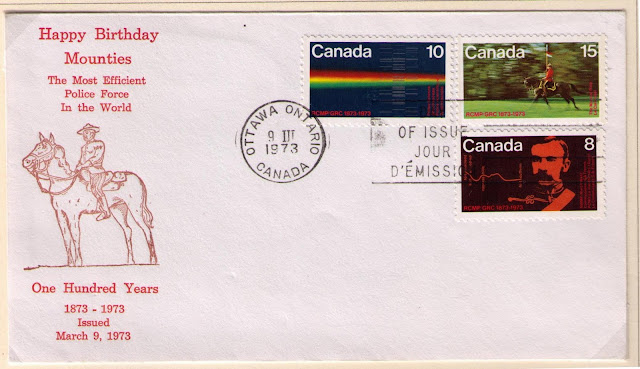 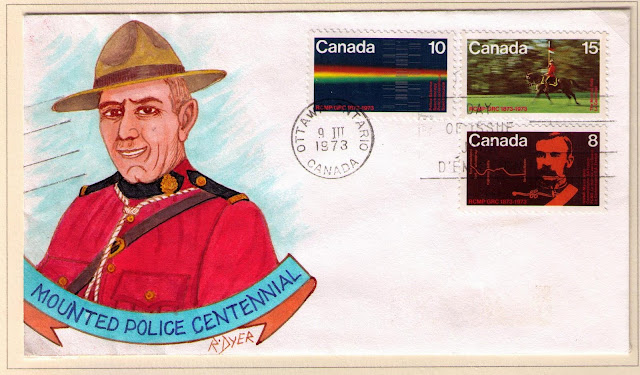 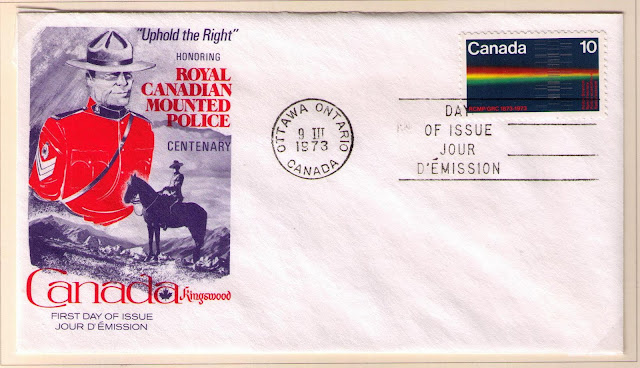 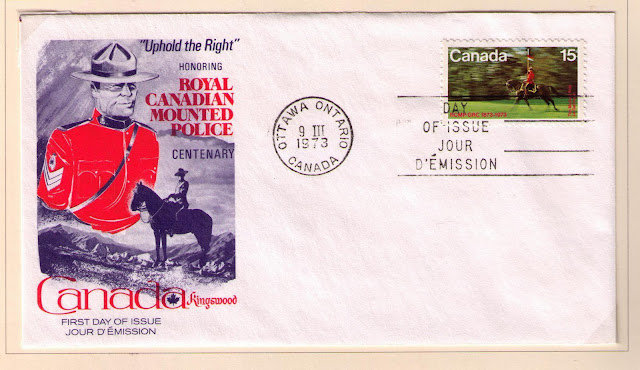 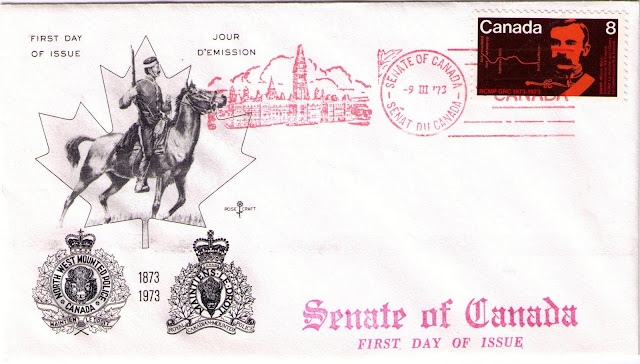 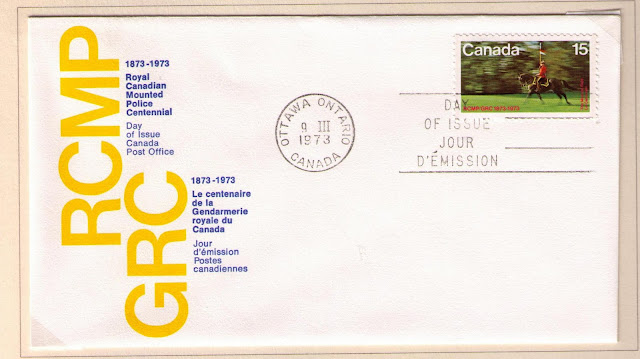 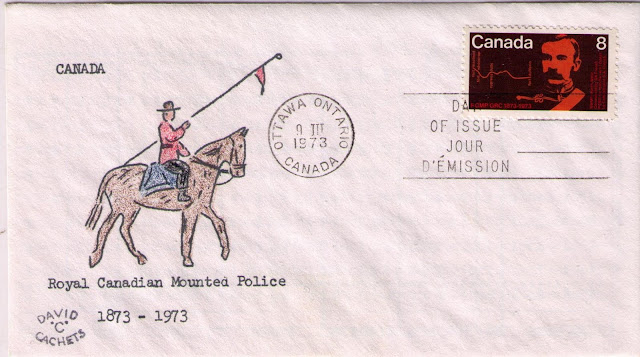 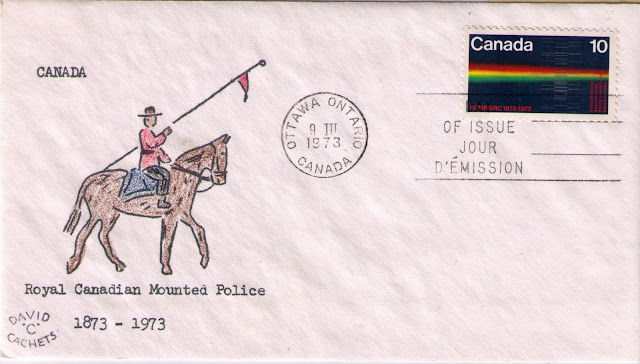 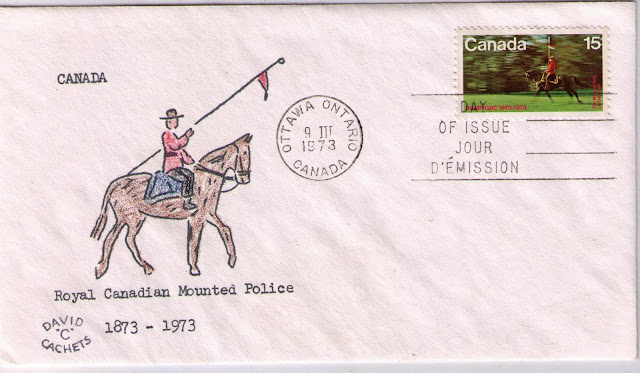 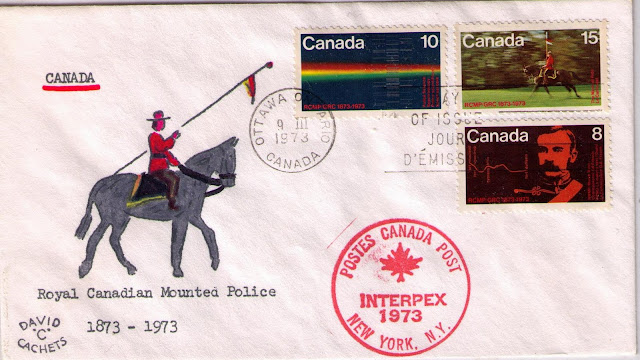 Air Mail to the United States 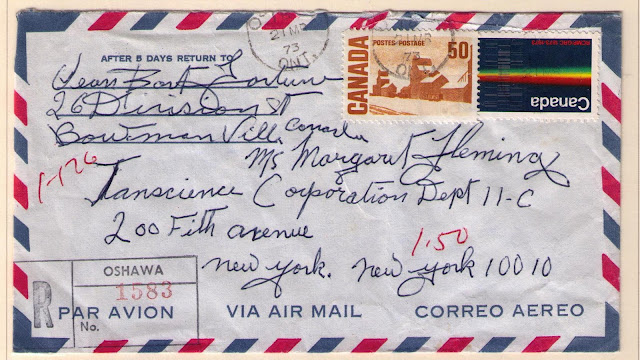 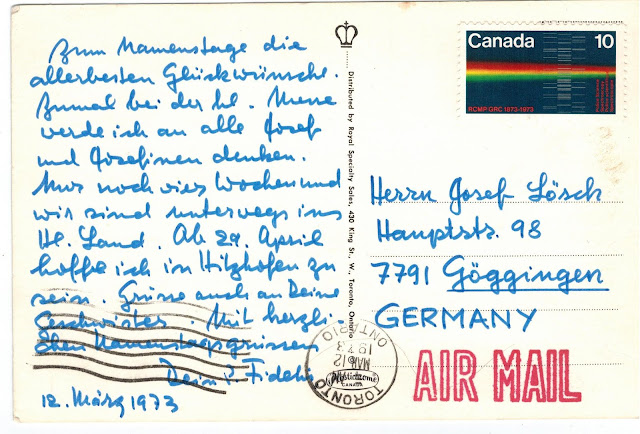 The 1973 Calgary stampede post office cachet featured a salute to the RCMP. 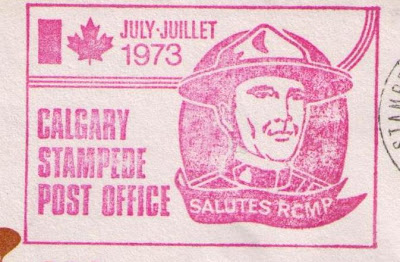 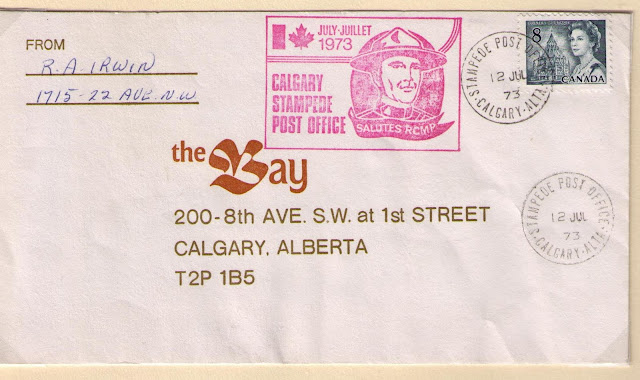 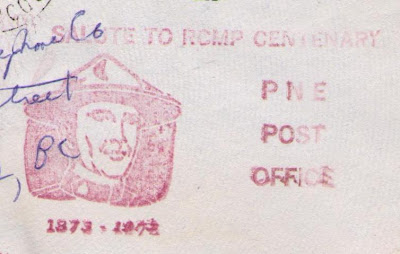 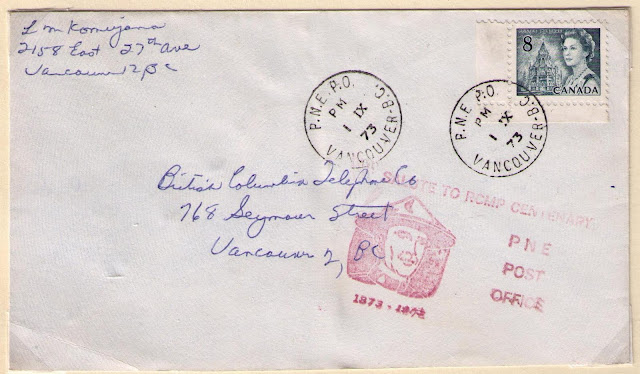