Folk songs were featured on the 1993 Canadian Folklore set issued on September 7, 1993. Canada Post provided this definition of folk songs in Canada's Stamps Details, No. 11, 1993 :


One of Canada's authorities on folk music, Edith Fowke, defined folk songs this way: "A genuine folk song is not a song written within recent memory for commercial profit, but rather a song handed down by oral tradition, usually of unknown authorship and found in more than one version - since as with anything passed on by word of mouth or ear, no two people remember it exactly the same way." Canadians have a rich trove of folk music and these important links with our past are now celebrated in four commemorative stamps, each featuring a different song. 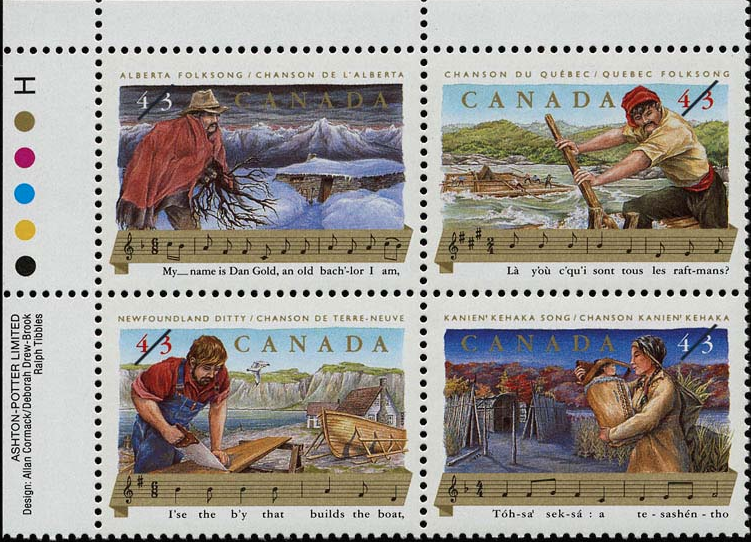 "Les Raftmans" is an Ottawa Valley song dealing with the lumbering trade and is believed to have been the happiest of the French-Canadian lumbermen's songs. 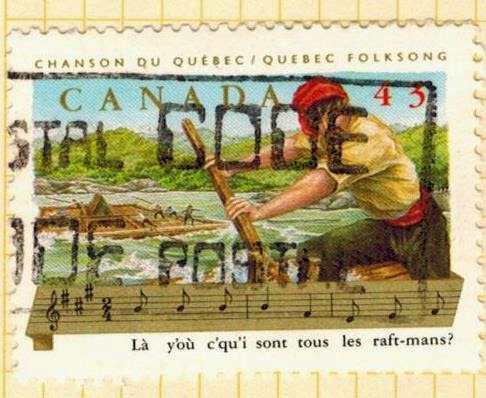 "Onkwa:ri tenhanonniahkwe" is a children's song of the Kanien'kehaka (Mohawk) people of Quebec. According to Details, "this song is meant to comfort a child until it goes to sleep. "The Bear will Dance" is followed by a refrain, which says : "Don't cry my child, the bear will come to dance for you." The bear identifies the clan that the child belongs to." 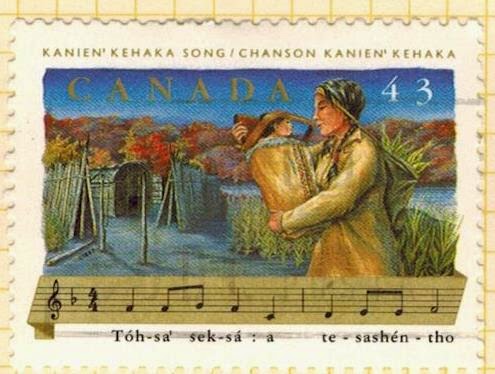 
"I'se the B'y That Builds the Boat." is a Newfoundland dance ditty reflecting the Newfoundlander's close links to the sea. 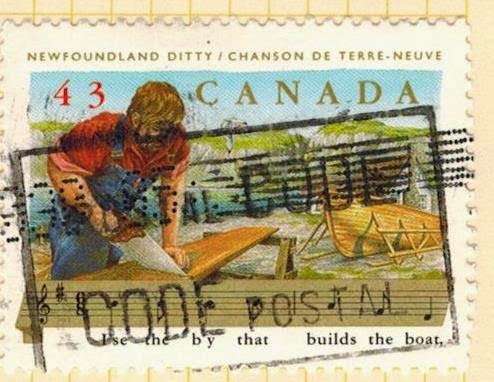 The "Alberta Homesteader", a comic tune, was based on a song from Texas called "The Lane County Bachelor", sung to the tune of "The Irish Washerwoman". 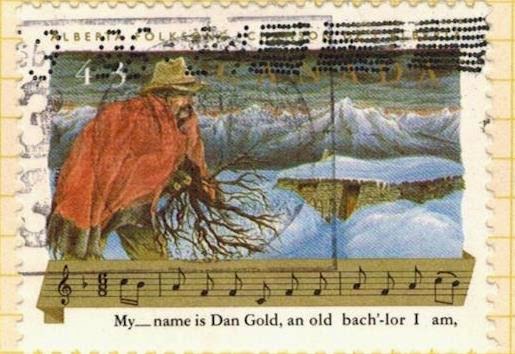 "The Lane County Bachelor": Folksong on Not?

Posted by philcovex at 4:34 AM