On June 29, 1995, Canada Post Corporation (CPC) issued a set of 10 stamps honouring the 75th anniversary of the first "Group of Seven" exhibition at the Art Gallery of Ontario. According to CPC, the artists developed a style of landscape painting with bright, bold images, simplified forms and raw surface patterns and "helped create a national identity based on our rugged land while establishing a permanent place in the history of Canadian art and the hearts of Canadians."

The stamps were issued in souvenir sheet format featuring works of the seven original members and that of three new members. I have provided links to the McMichael Canadian Art Collection web site for a profile of each artist. 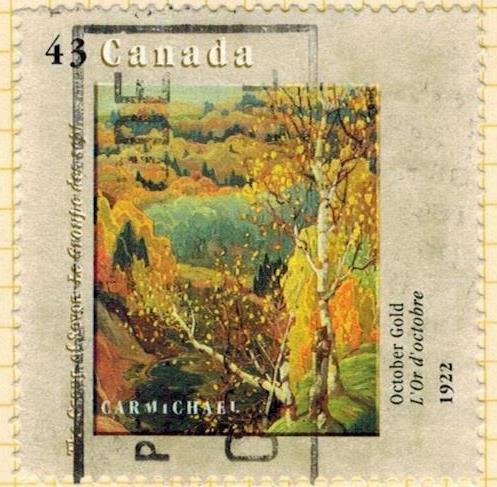 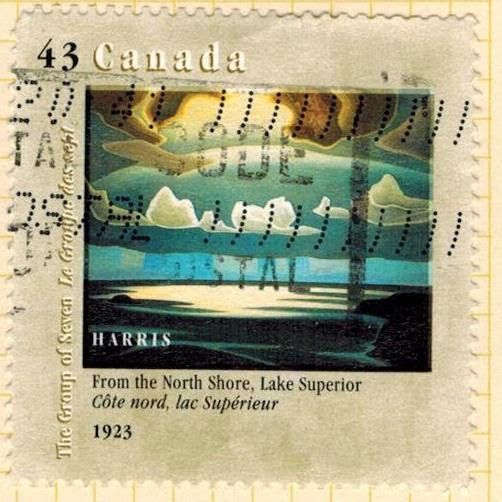 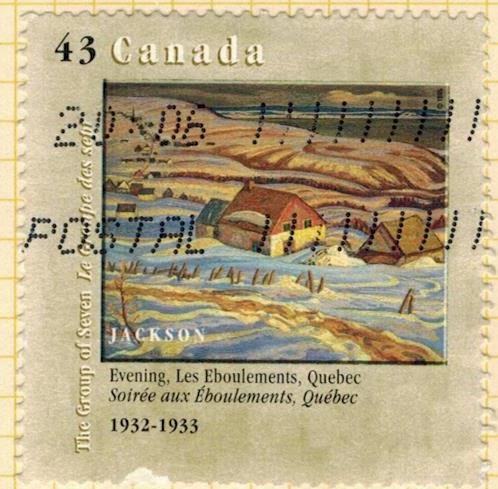 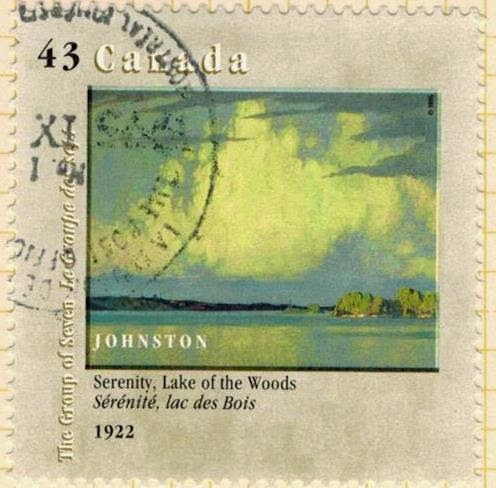 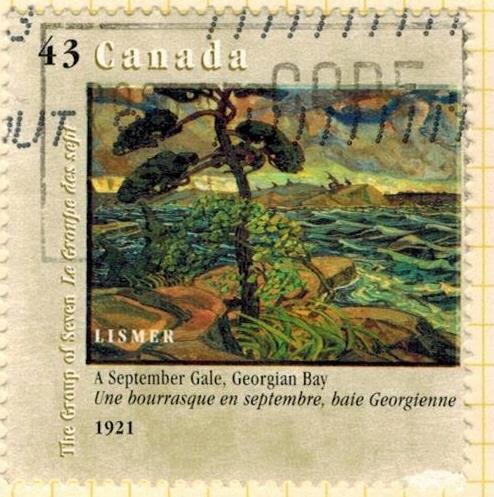 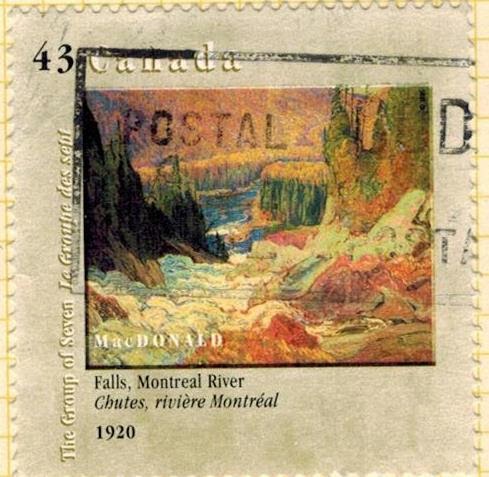 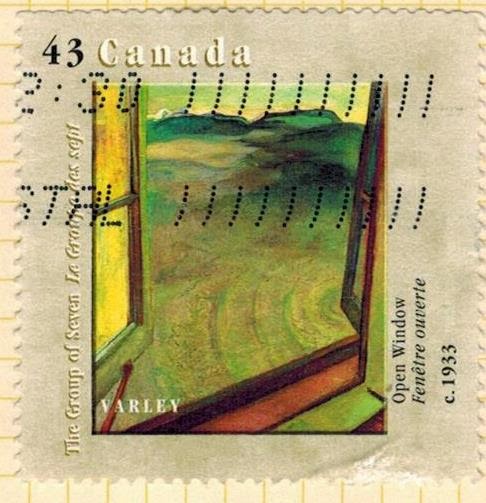 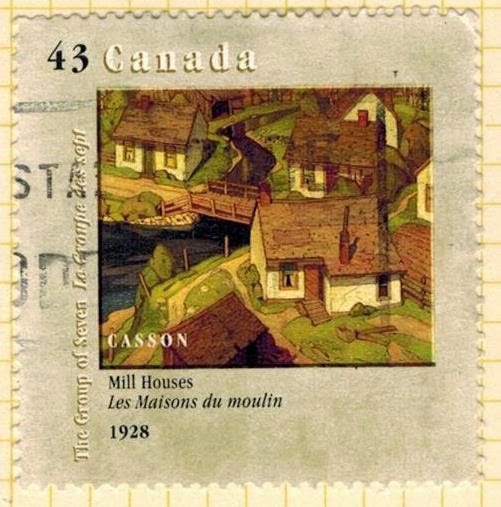 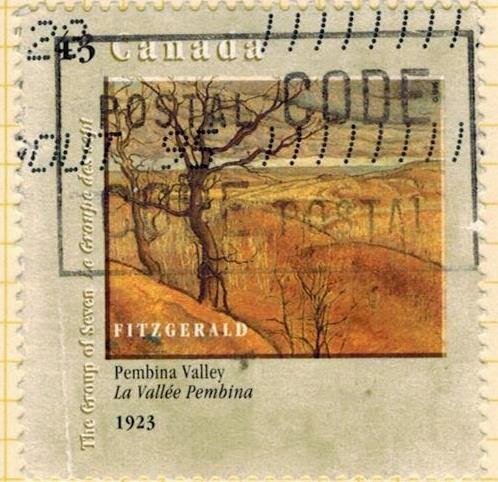 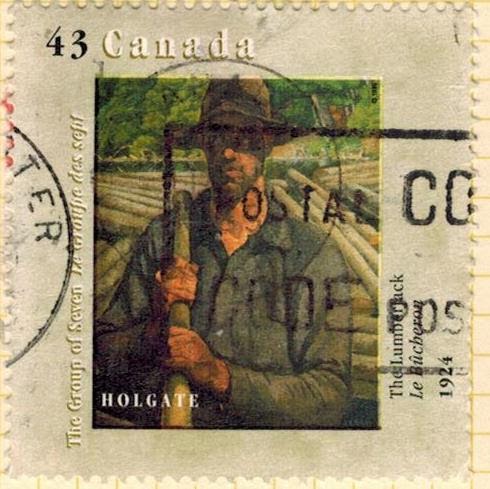 Posted by philcovex at 8:23 AM