The Dominion of Newfoundland joined Canada on March 31, 1949, following a referendum held the previous year.  To mark the historic occasion, Canada Post Office issued a 4c commemorative stamp featuring the "Matthew", the ship sailed by John Cabot when he discovered Newfoundland in 1497. It is interesting to note that the stamp makes no reference to Newfoundland joining Canada. Perhaps this was done so as not to upset the 48% of Newfoundlanders who voted to maintain dominion status under a responsible government. Since 1934, Newfoundland had been governed by an unelected "Commission of Government" appointed by the British government. 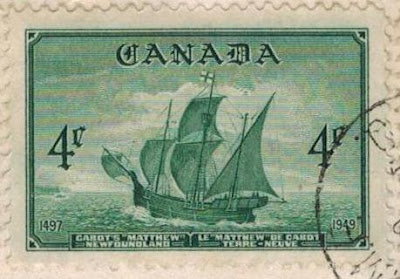 The stamp design was based on a model of the "Matthew" which had been built by Ernest Maunder of St. John's in 1947 at the request of the Newfoundland Historical Society.

According to W.L. Aiken in his 1957 Topics article dealing with the Newfoundland stamp, the model used by the stamp designer Herman Herbert Schwartz was a photograph of Mr. Maunder's ship taken on his lawn with "the wind billowing out the sails". 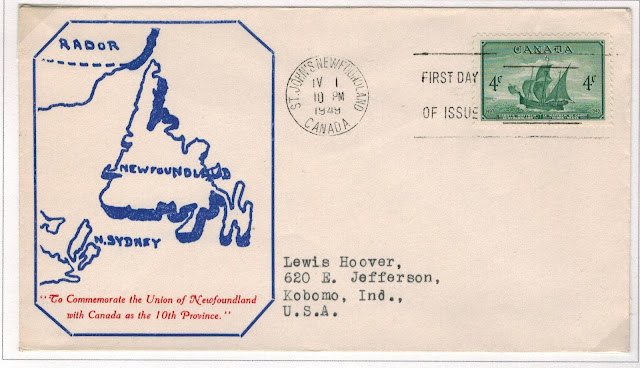 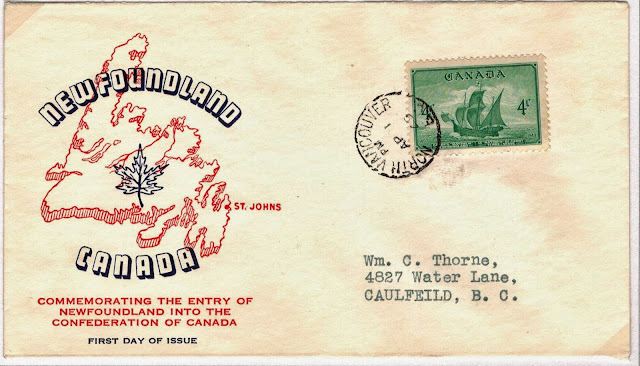 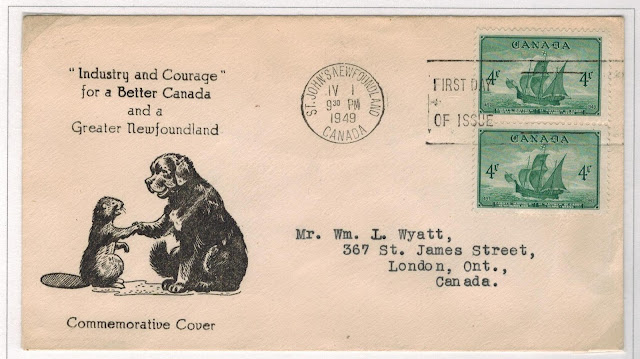 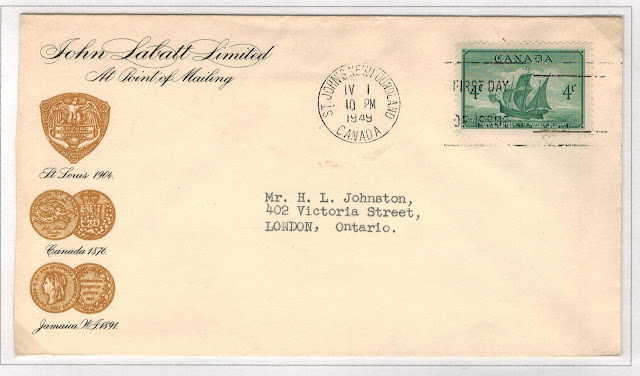 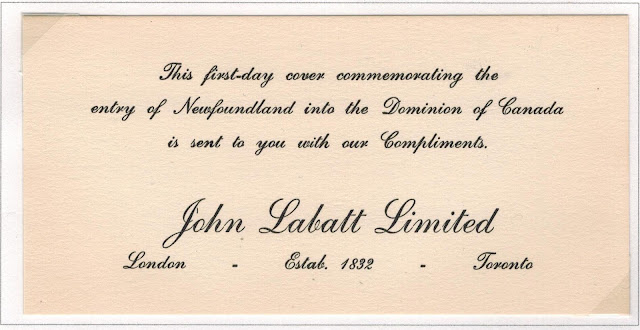 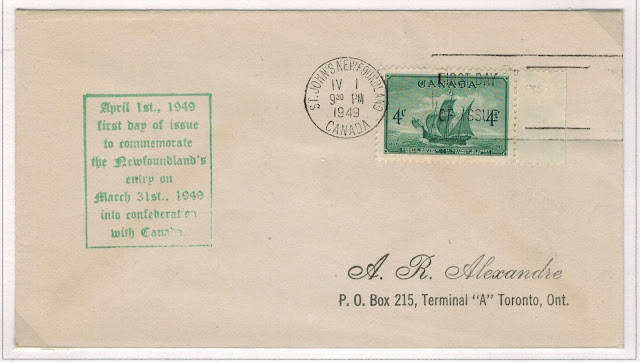 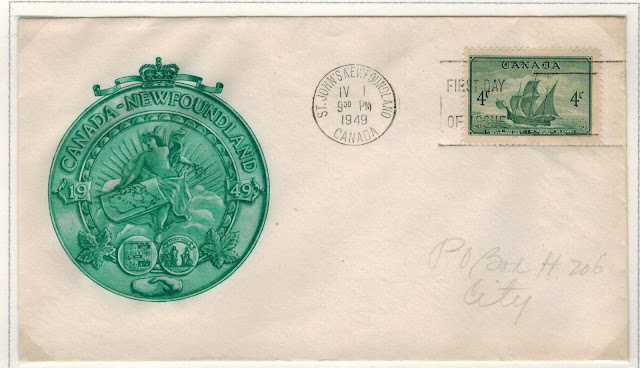 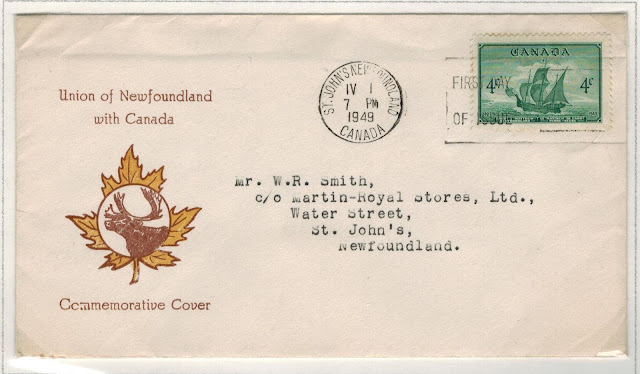 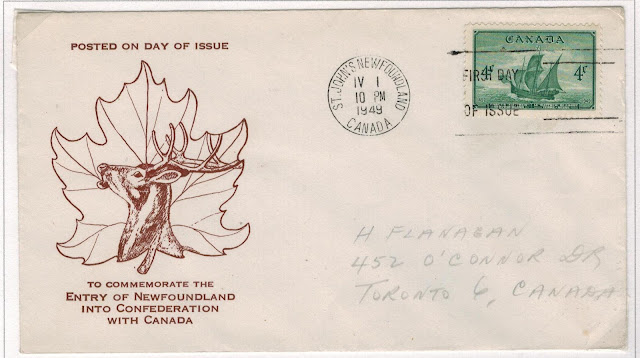 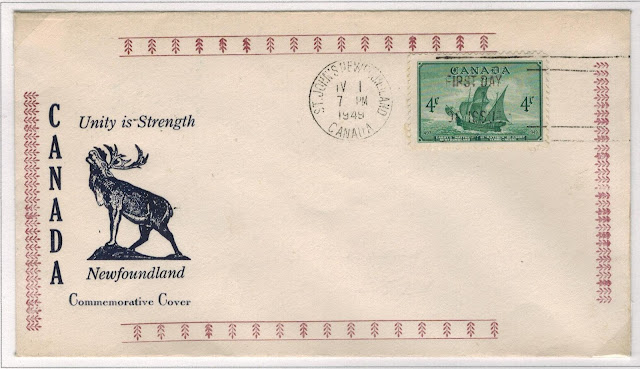 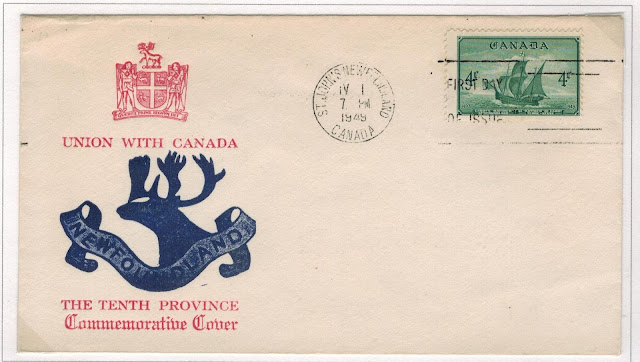 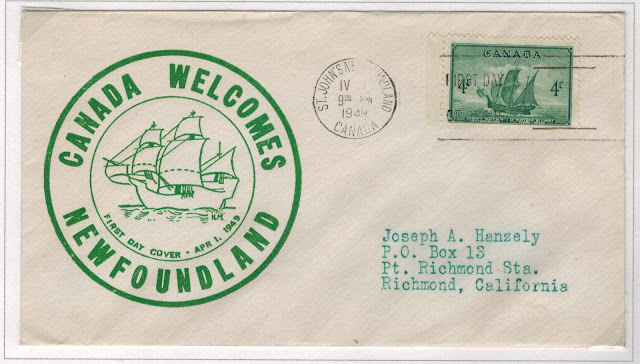 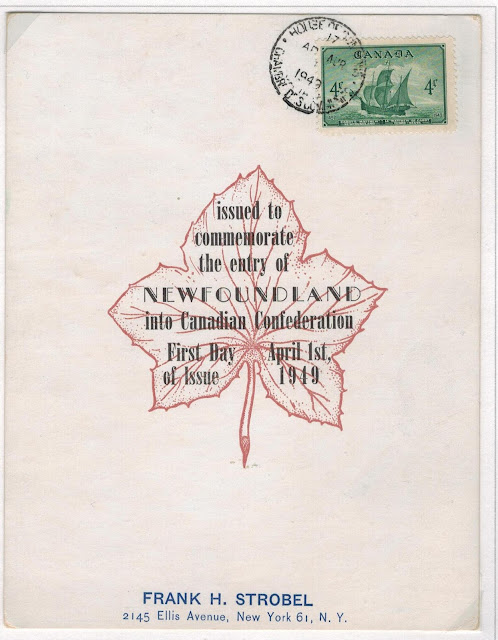 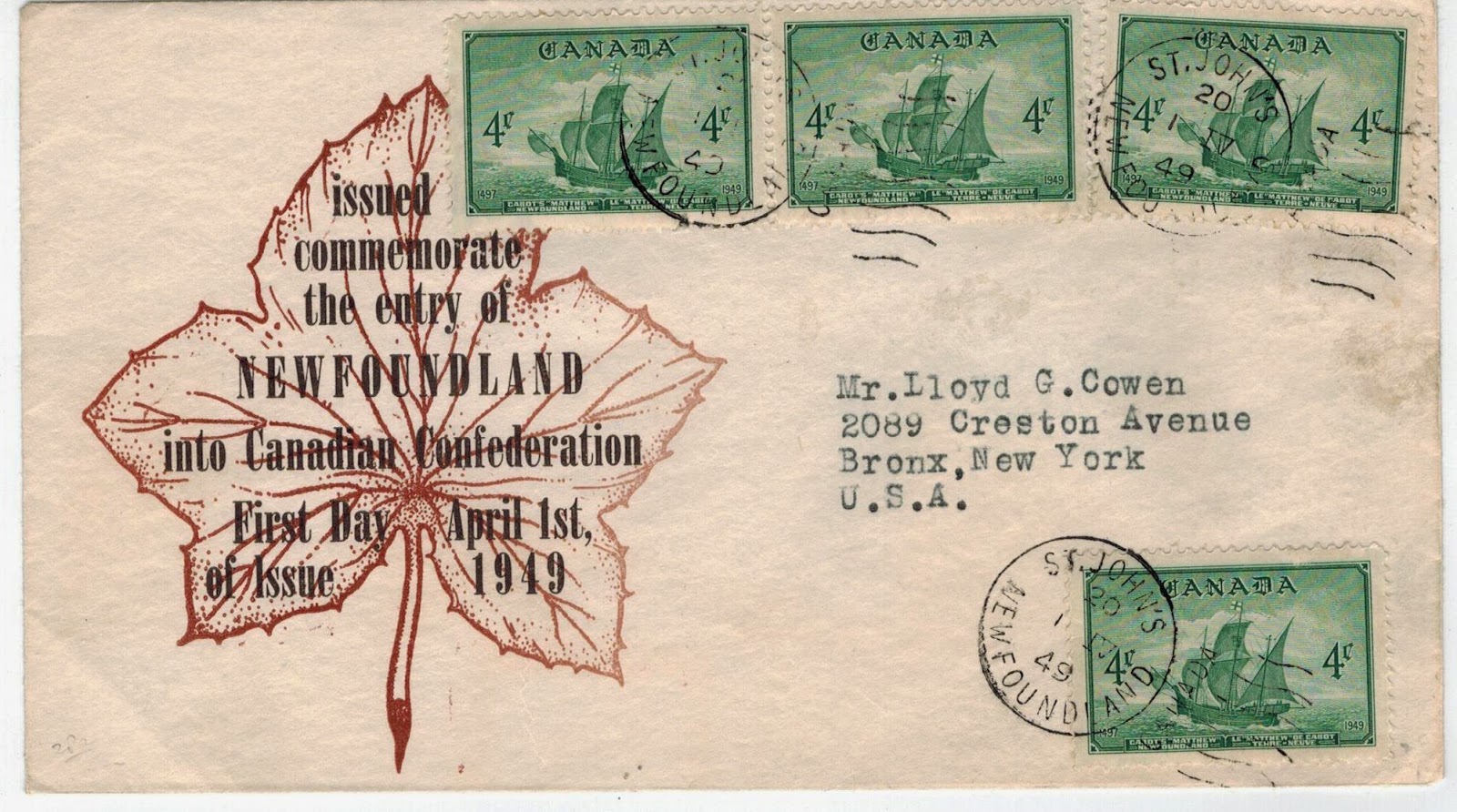 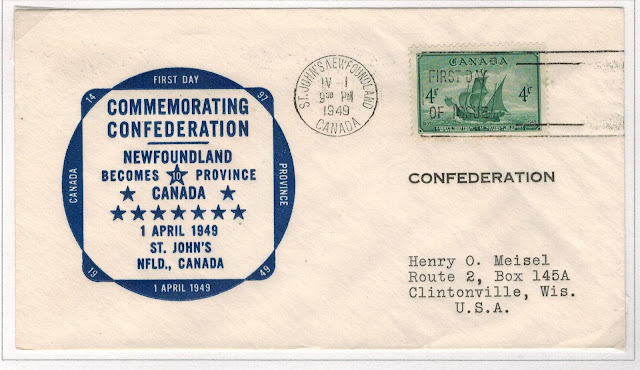 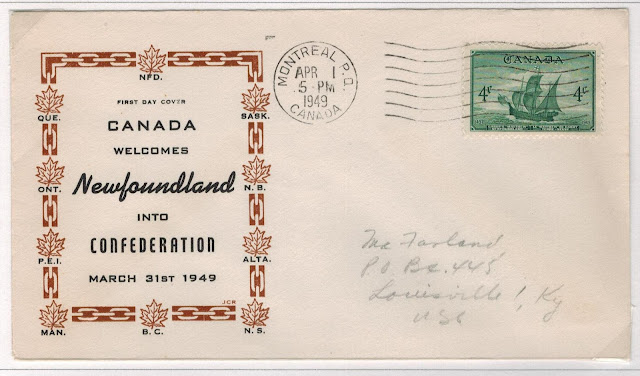 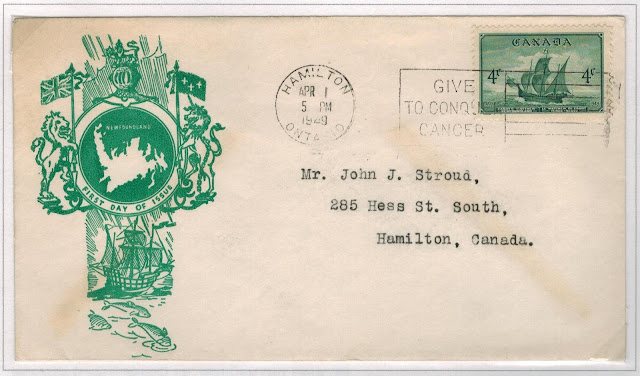 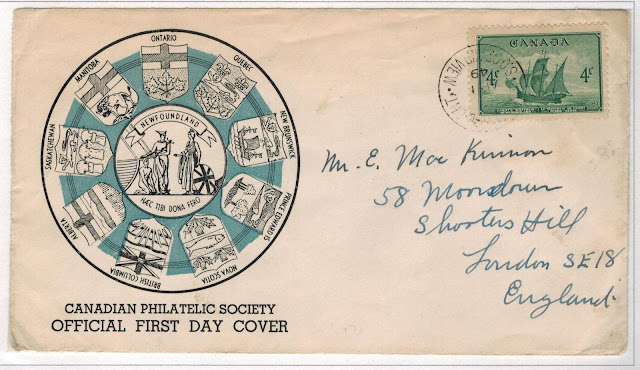 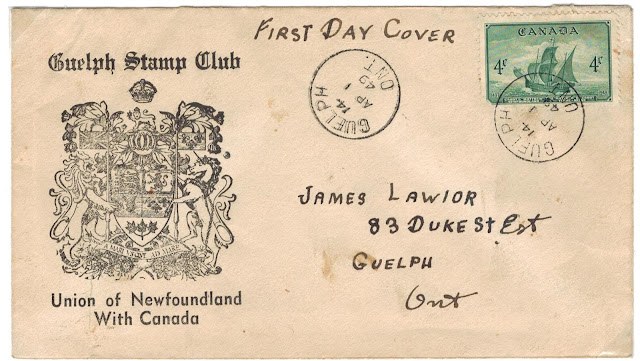