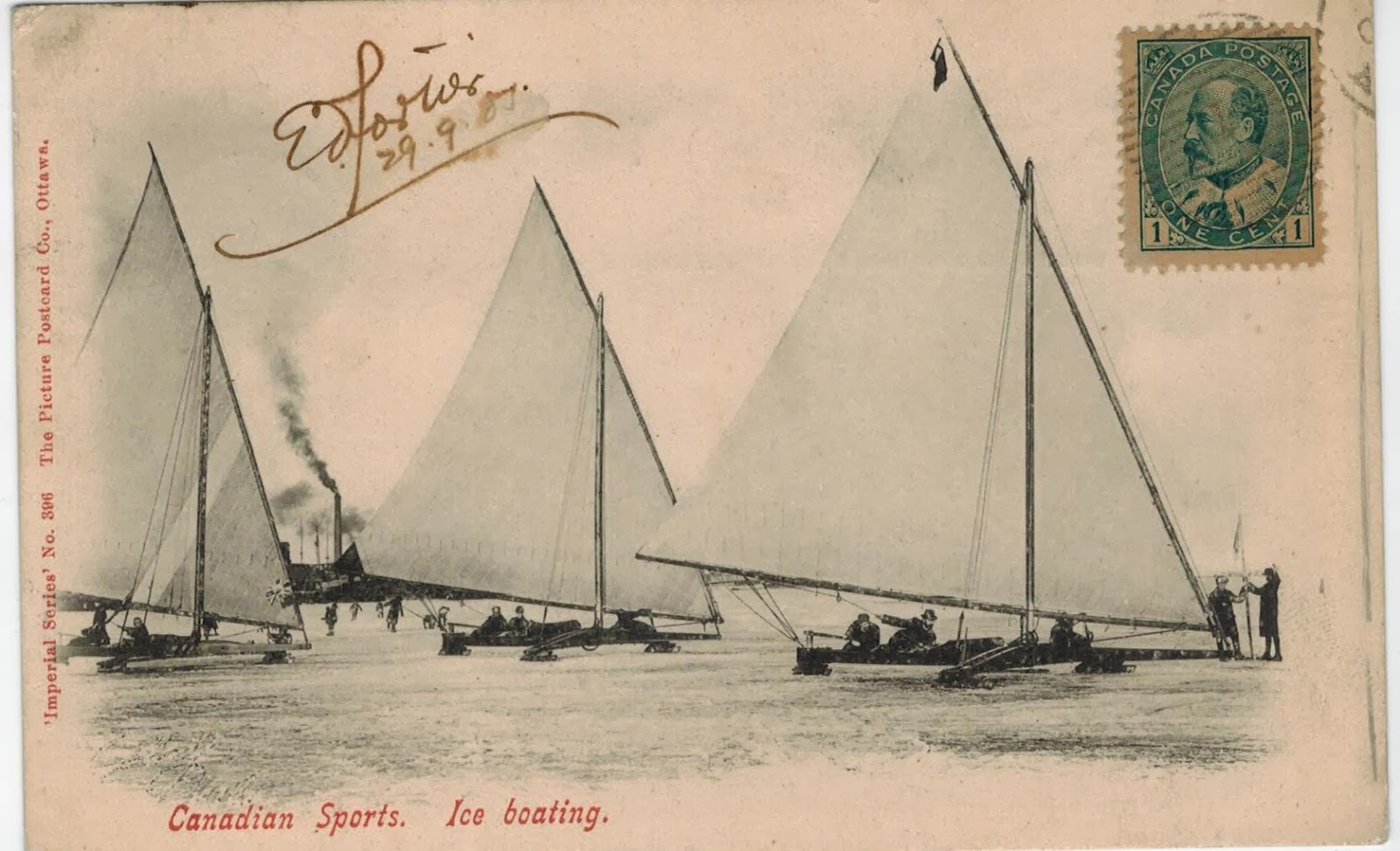 I recently acquired the post card shown above featuring the winter sport of ice boating. The card was mailed by  Edmond Fortier to Marseille, France at the 1 cent printed matter rate and received an Ottawa duplex cancellation on September 30, 1905 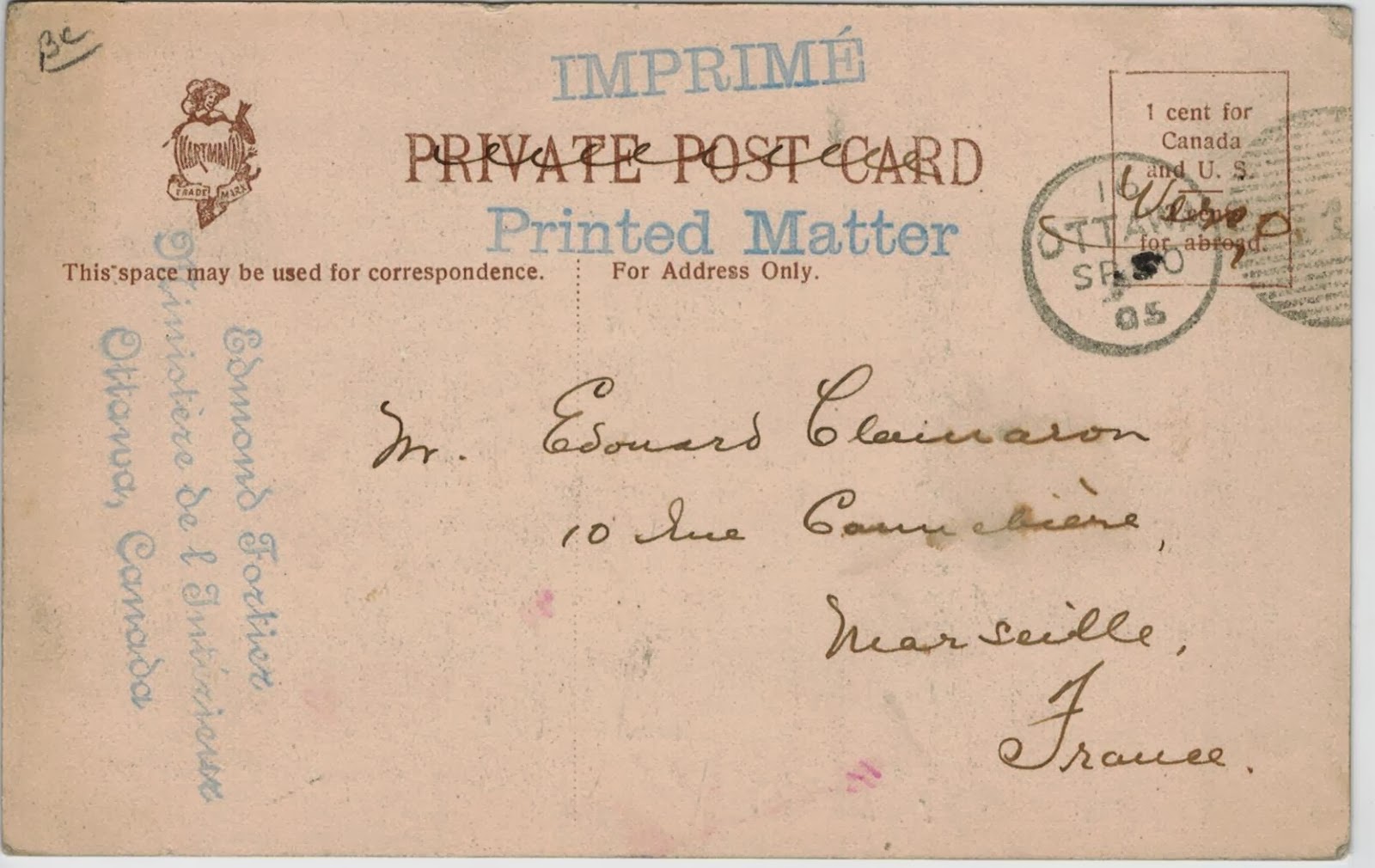 Fortier was the Member of Parliament (MP) for the Quebec riding of Lotbiniere from 1900 to 1917.  MPs only had free mailing privileges within Canada, so Mr. Fortier was required to affix a 1 cent stamp to the card. 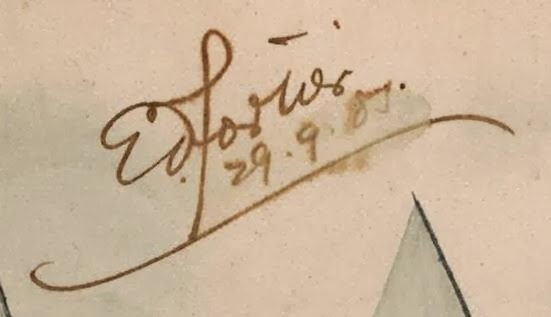 The fact that the  sport of ice boating is not well-known in Canada may explain why an ice boating stamp has yet to be issued by Canada Post. However, other countries have recognized the sport philatelically, and their stamps or stationery are shown in this post:

Ice sailing is a popular activity on Hungary's Lake Balaton. 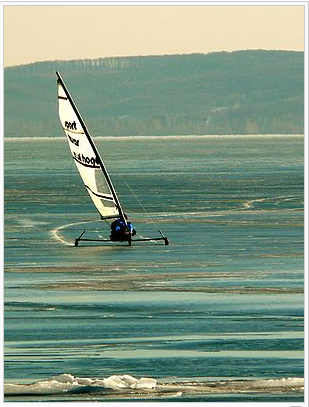 Hungary celebrated winter sports with the release of a six stamp set in February, 1955. 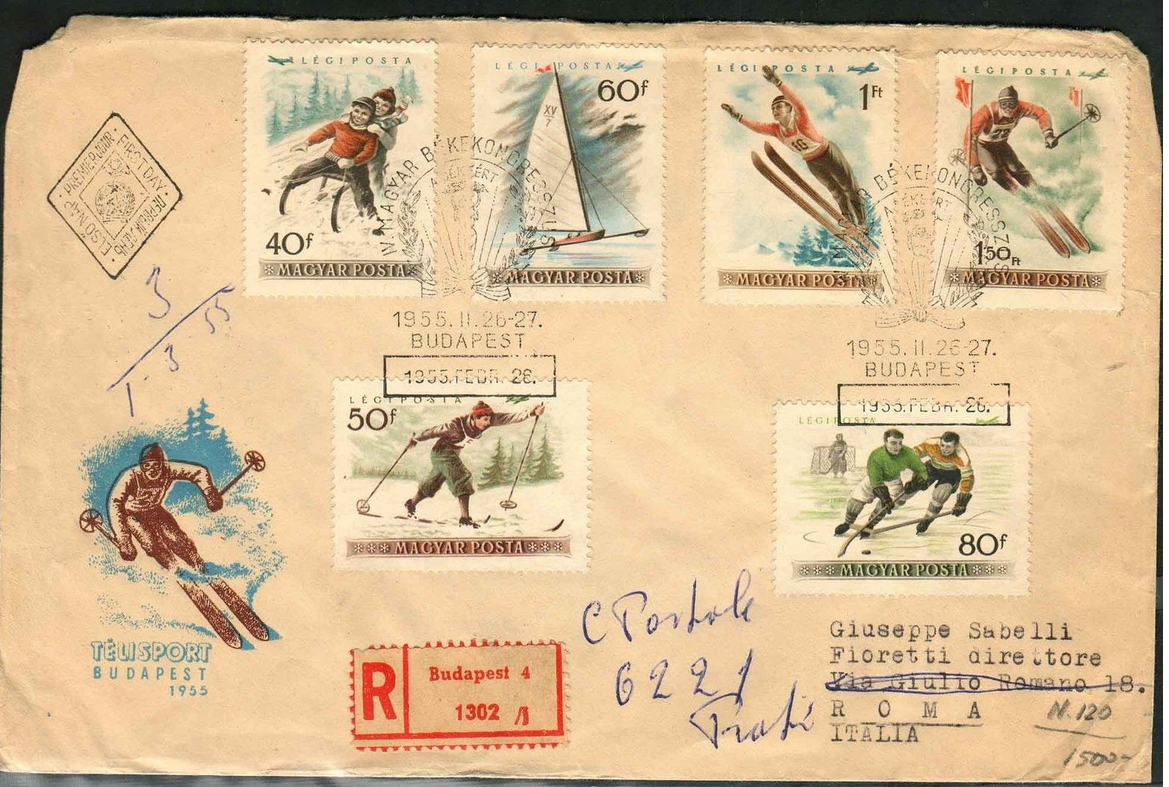 An ice boat was featured on the 60 filler stamp. 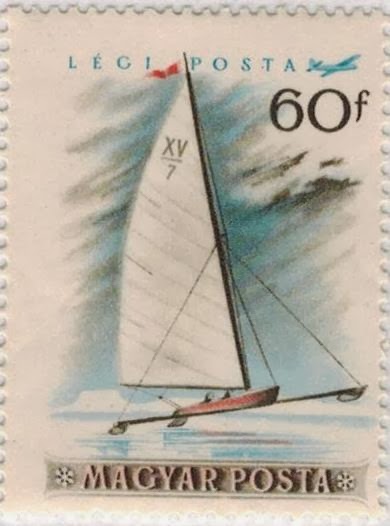 In winter, the lakes and canals of  northeastern Poland turn into huge, flat ice fields, providing excellent conditions for ice boating. Polish ice boaters are among the best in the world.


The 6th World Iceboating Championships were held in Krynica Morska, Poland, February 6-11, 1978. A set of two stamps were issued to mark the event. 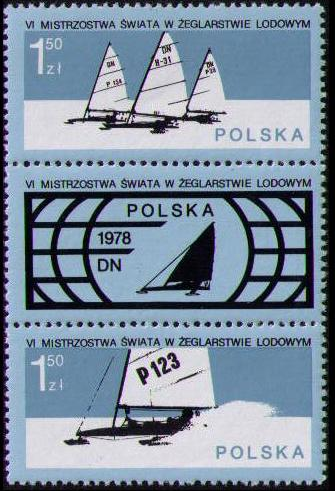 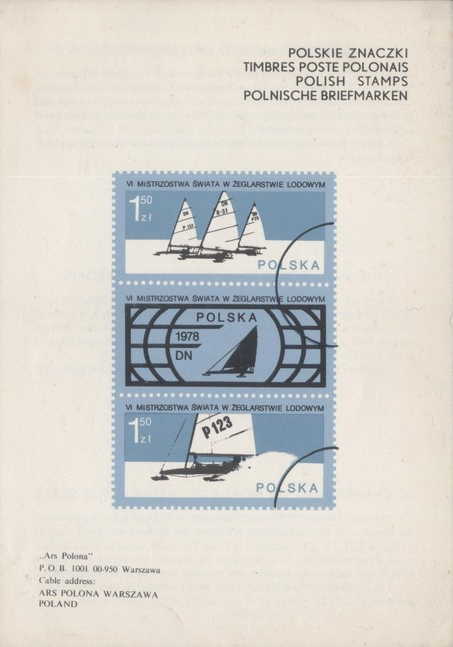 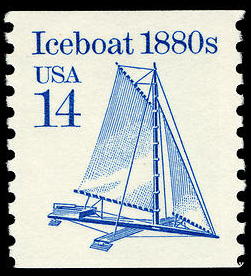 The Post Office Announcement Bulletin provided this description of iceboats:


The iceboat is an adaptation of the sailboat. Its narrow hull is fastened to a crosspiece or runner plank and steel rudders are placed at each end. A steering rudder is positioned at either the bow or the hull, and a single mast supports one or two sails.

The iceboat originated in the mid-18th century on the frozen canals of The Netherlands and was introduced in America by Dutch settlers. Today in the United States, the sport of iceboating is popular mainly in the Great Lakes region and in areas of the Norheast.

Iceboat racing is the fastest of all winter sports, and many boats can exceed 100 miles an hour. They are classified by design and sail area and, during races, boats of similar size compete. 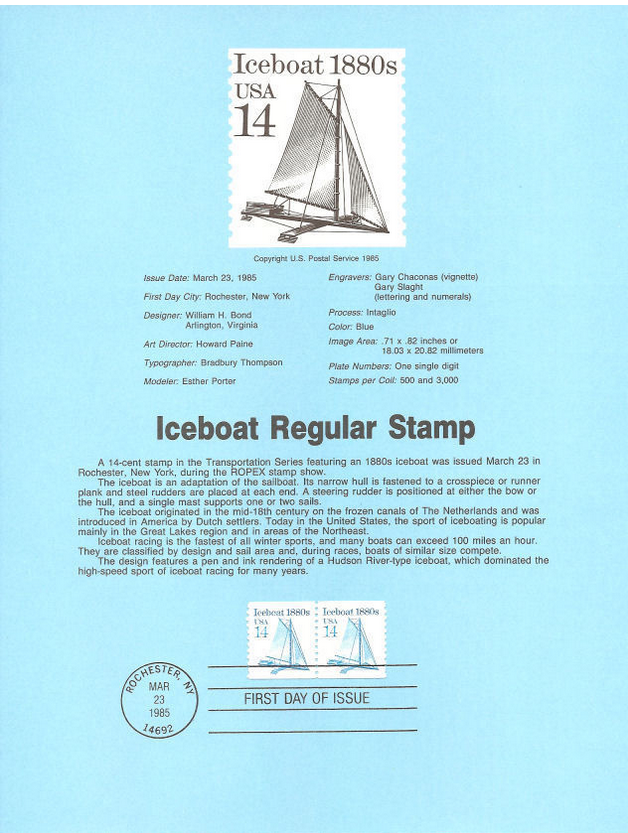 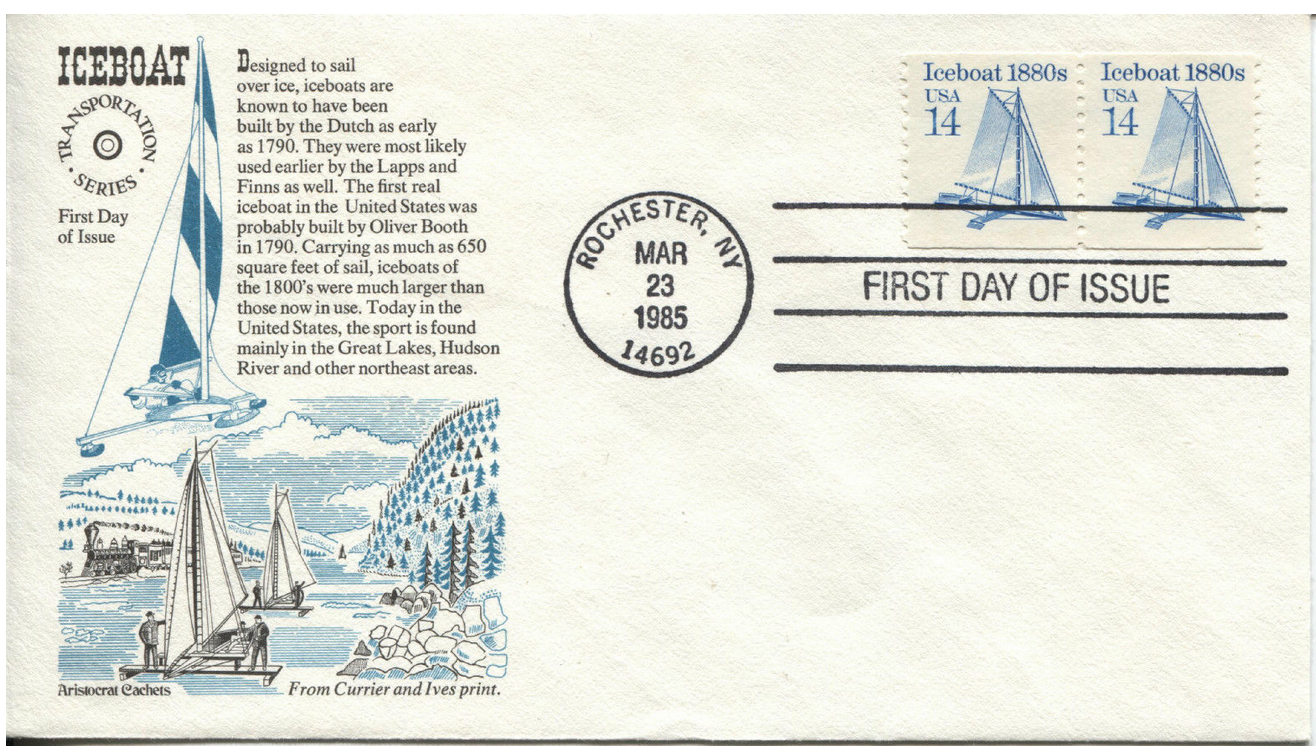 
The United States is the home of the International DN Ice Yachting Racing Association (IDNIRYA) which promotes the sport of ice yachting "on all the hard waters of the world".

Ice boating is gaining popularity in Russia with competitions held on Lake Baikal. 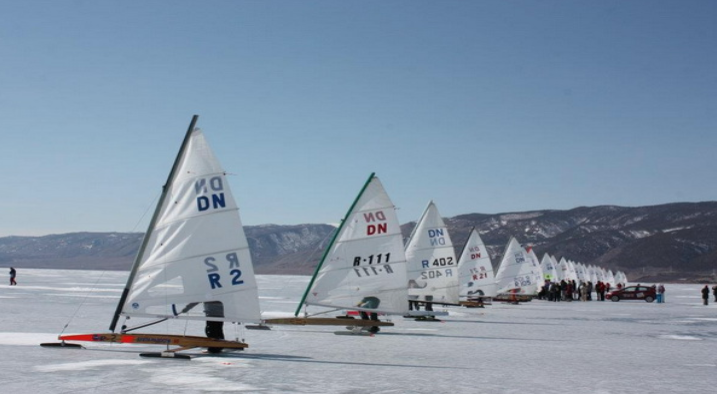 The former U.S.S.R. recognized the sport of ice boating in 1963 with the release of the stationery shown below. 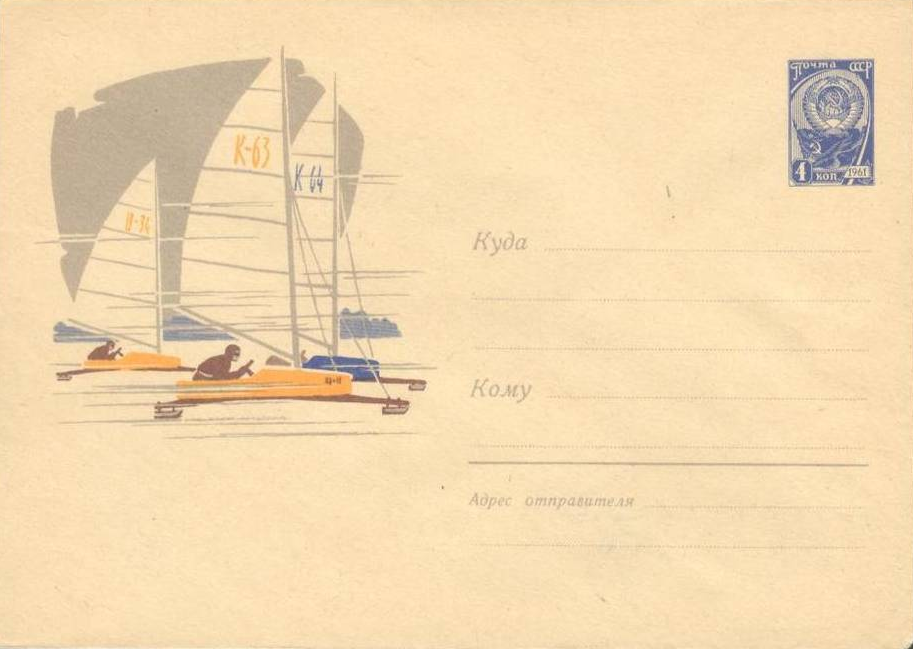 The growing world interest in ice boating is evidenced by the 2013 release of a set of six stamps and a souvenir sheet featuring ice boats purportedly from the tropical African nation of Mozambique. I cannot verify the legitimacy of the stamps. Mozambique has not notified the UPU of illegal stamps for several years. 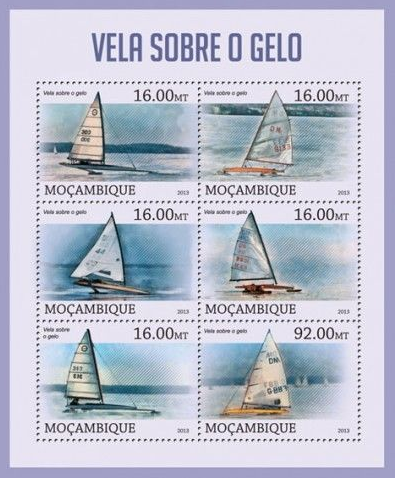 (Definitely not in author's collection) 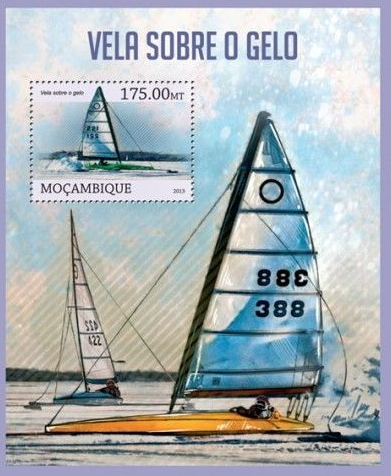