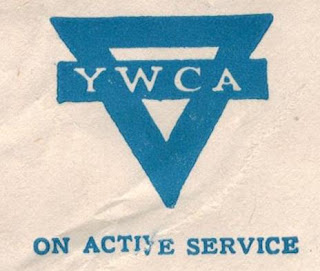 An earlier posting dealt with the contributions  of the YMCA during World War II.  The Canadian Young Women's Christian Association (YWCA) also  provided support for servicemen and their families during the war years.

The YWCA established Hostess Houses and Hostess Rooms at military camps across Canada  where mothers, wives, children and friends could meet their men. The Department of National Defence asked the YWCA also to prepare lists of approved boarding houses for women relatives of service men and to arrange weekend and holiday billets for English, Australian and New Zealand airmen training in Canada.[Reference] 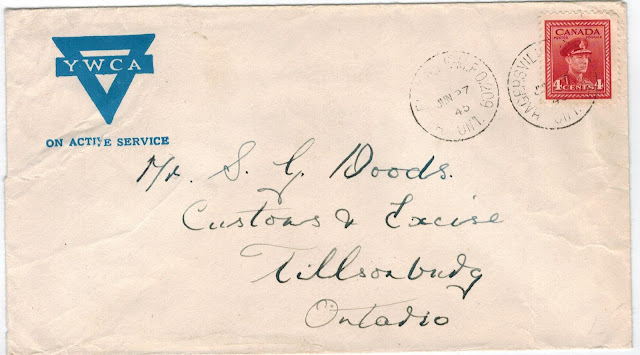 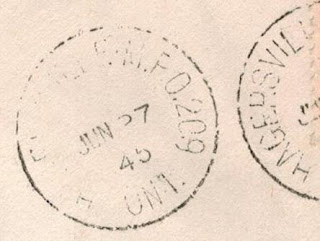 The above  cover below was mailed from R.C.A.F. Station Hagersville, Ontario, site of  the British Commonwealth Air Training Plan's No. 16 Service Flying Training School.

A unit of the British Commonwealth Air Training Plan was dedicated in 1941 and served as a twin and single engine pilot training school. RCAF Station Hagersville graduated its last class under the plan on March 30, 1945. The Station remained operational until September 21, 1945.