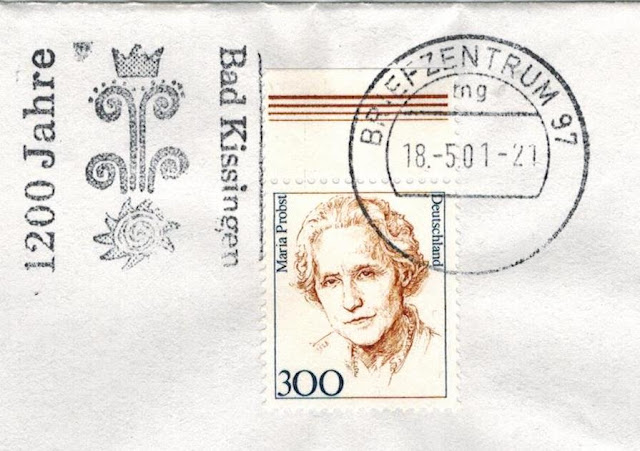 
Klussendorf cancellation machines were installed in over 300 Canadian post offices beginning in November 1983. Canada Post purchased the desk-top Model 280/5 cancellers from the German manufacturer to replace the Pitney-Bowes machines which had been in operation for over forty years.


All Klussendorf machines were supplied with a "POSTAL CODE / CODE POSTAL" slogan die which could be easily replaced with a different slogan.

This posting is organized as follows:

Town name at the top of the dater and province (two letter abbreviation at the bottom of the dater. 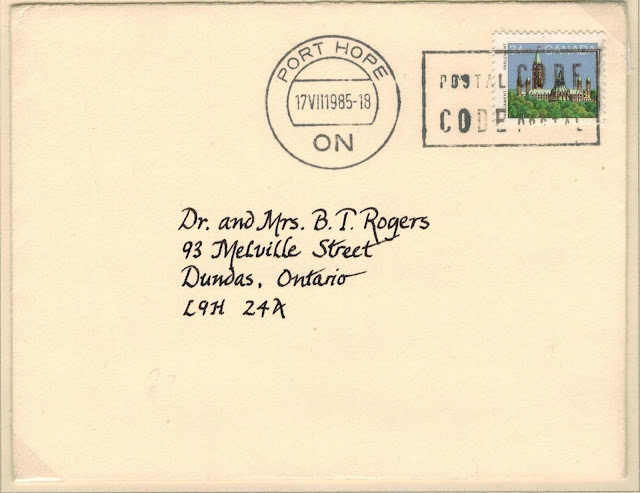 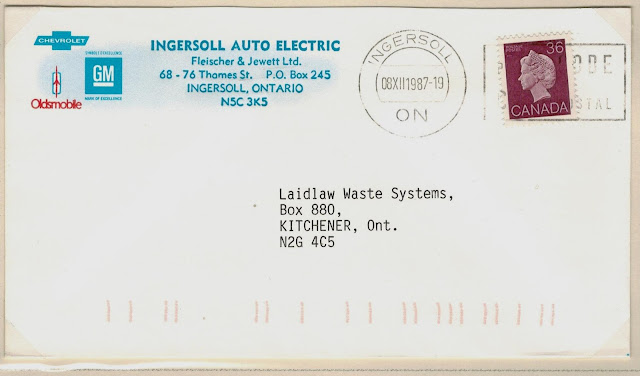 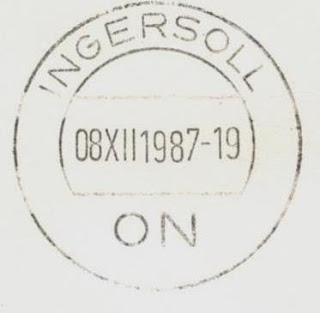 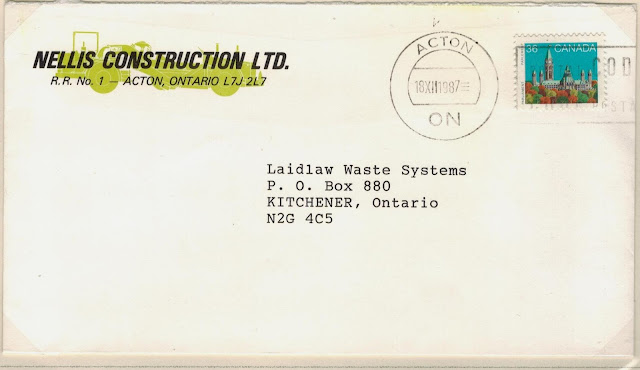 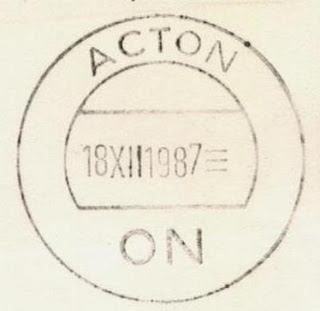 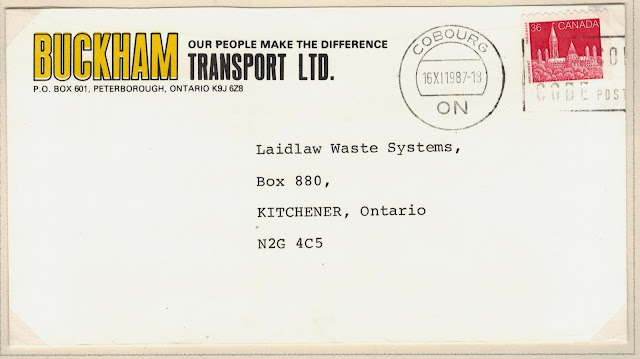 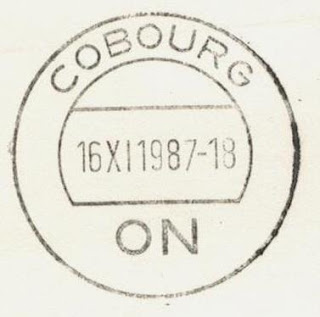 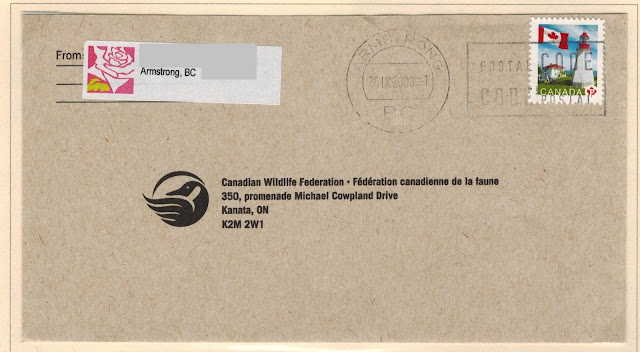 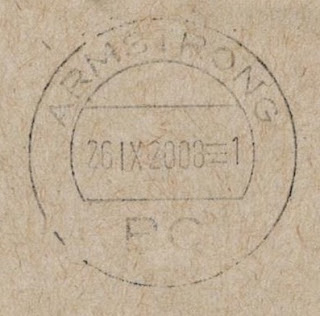 The cover below was cancelled at Knowlton, Quebec. The dater does not have the town name nor the province. At the top of the dater is "Canada" and at the bottom is the Knowlton postal code J0E 1V0. 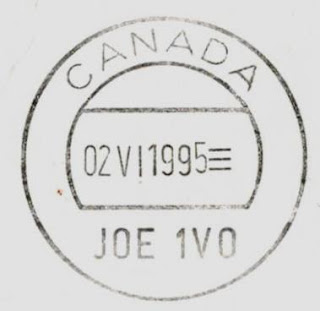 Several dozen  different slogan cancellations were used with Klussendorf machines. A few are shown below. 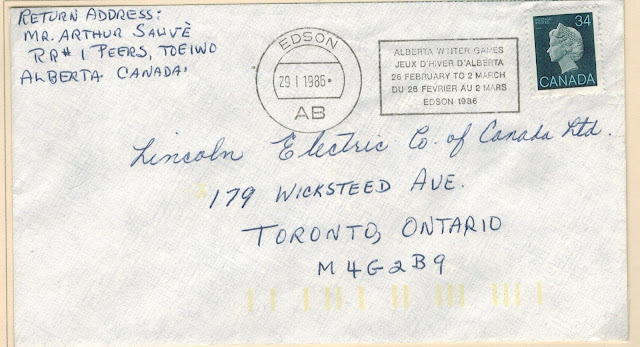 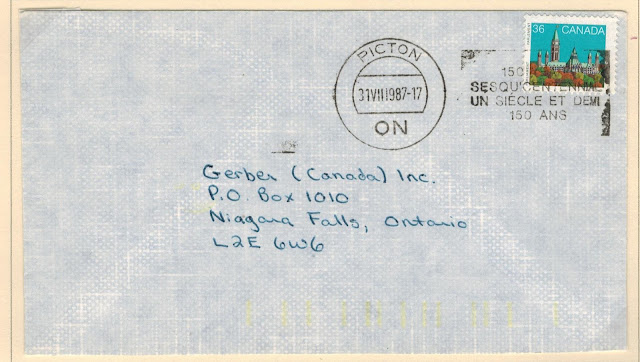 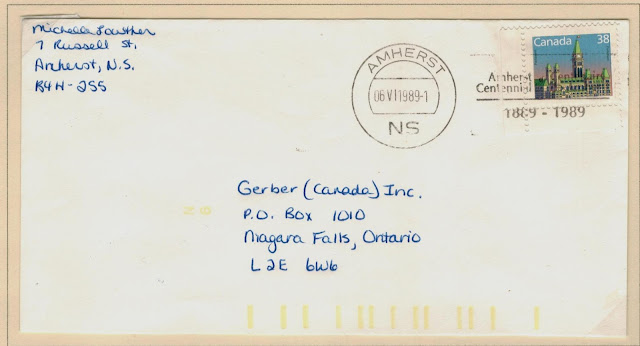 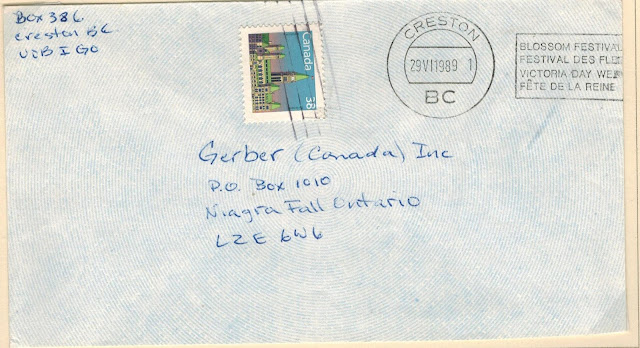 The town of Maxville celebrated its centennial in 1991. To mark the occasion a slogan cancellation was produced but the town did not have a Klussendorf machine. A temporary machine with the town-province hub removed was placed in operation from June 21, 1991 to July 7, 1991. 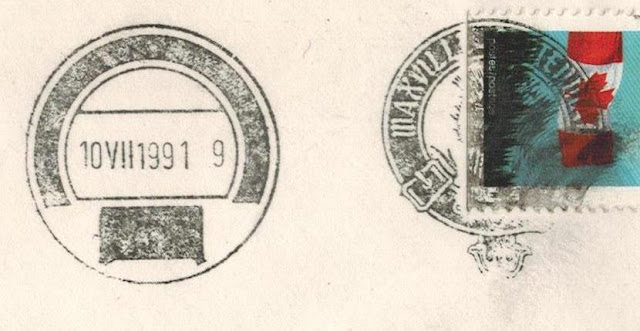 In 1989, the Town of Listowel promoted its Irish "Paddyfest" celebrations with the use of a slogan using the usual black ink. The following year, green ink was used during the slogan's run from January 8 to March 17, 1990. 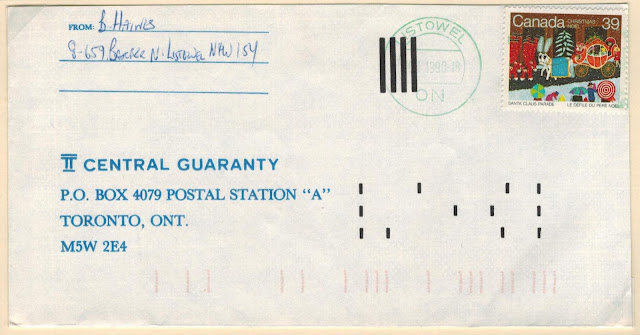 5. No Town Name in Dater 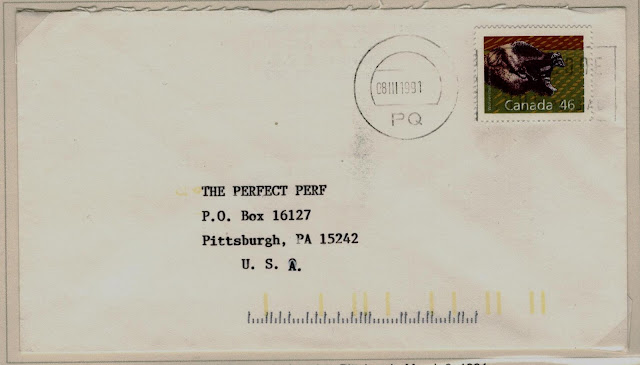 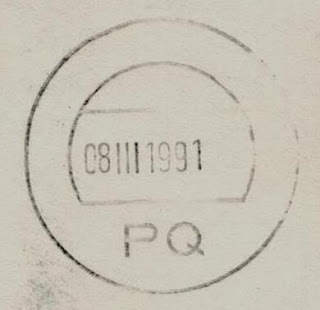 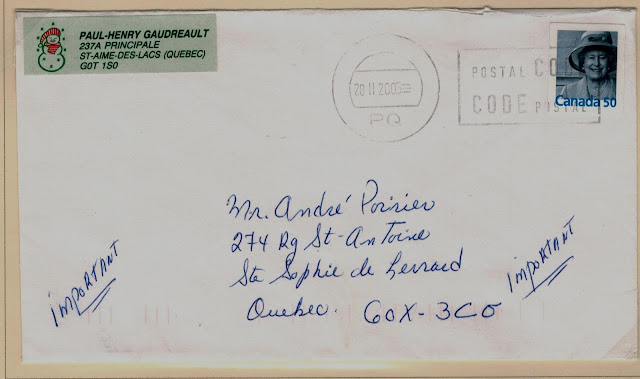 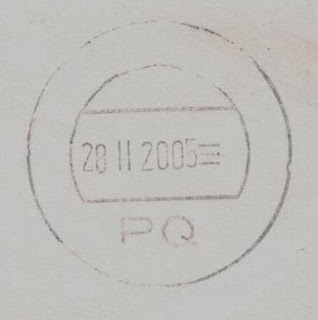 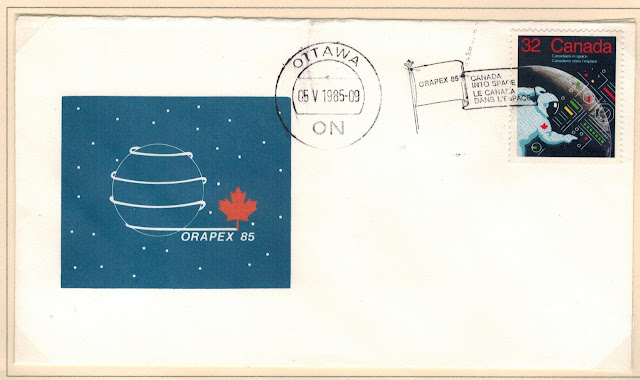 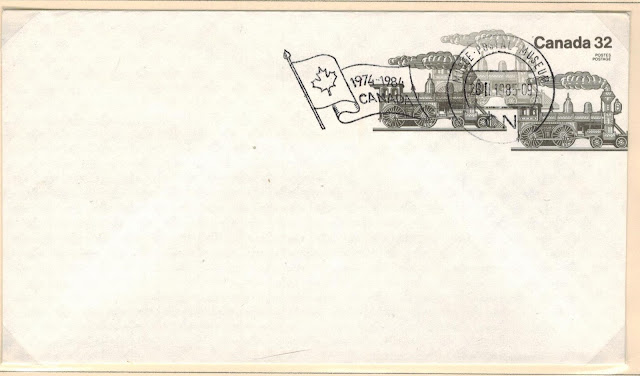 The Quebec cancel shown below was not a Klussendorf product. Canada Post technicians at Quebec constructed the cancellation  device to handle oversized letters. 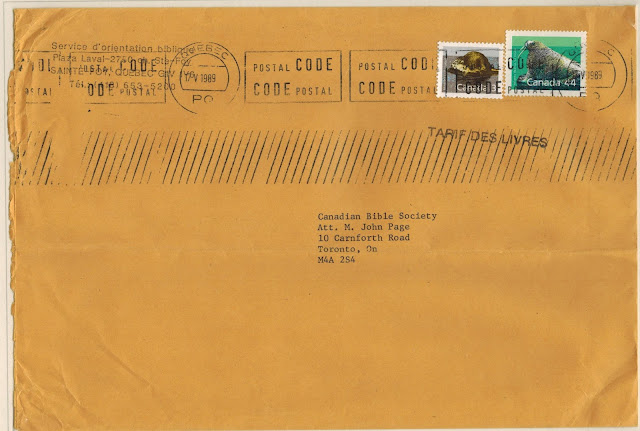 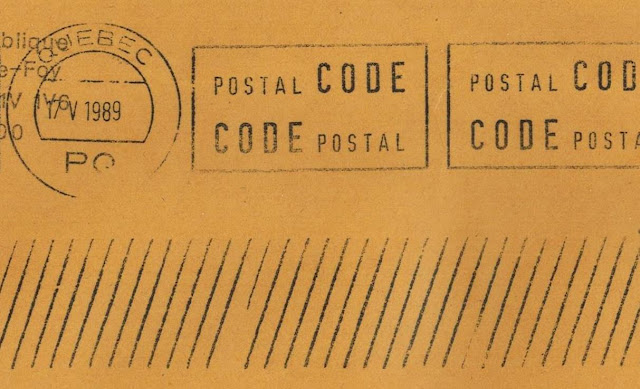 In the 1990s Canada Post centralized mail cancellation and sorting. Forward mail from the hundreds of towns which cancelled their own letters was now transported to processing plants for handling and sorting. Klussendorf usage was then limited to local mail and eventually ceased.

The introduction of the Klussendorfs in the 1980s sparked a great deal of collector interest resulting in the formation of a study group and the publication of  newsletters, journal articles and a reference book. The "Klussendorfers" as they were known examined every aspect of the cancellation including the variations in the time information.

German comments on the Klussendorfers

Germans are amazed at the degree of interest shown by Canadian philatelists for the Klussendorfs. From the 2008 Klussendorf thread on the German website Philaseitin referring to the Klussendorfers study of the time markings:

My attempt at translation:

...a research group for the Klüssendorf stamp actually records these differences in time. This is absolute madness in my opinion. Well, in Canada the winters are so long.

Overall, it's quite amazing how much attention and passion  by Canadian collectors for collecting these cancellations. In Germany the interest, that is to the corresponding German cancellations is rather low.

I am also amazed at the efforts put into the study of the Klussendorfs by Canadian postal historians. I applaud them for their dedication.