( This is the second of two articles on Toronto Machine Cancellations. The first article dealt with the Toronto "D" machine cancellations)

In 1952, the Toronto Post Office (probably Postal Terminal "A") began using numeral machine cancellations which had a number positioned in the centre of the seven wavy line obliterator.  The numerals were located within breaks of the 3rd,4rth and 5th wavy lines.

Numbers 1 to 8 are reported to have been used. The numeral cancellations were not used with equal frequency. I  have yet to see an example of the "1" obliterator, but have several examples of the"4" obliterator in my collection, with usages up to 1970. 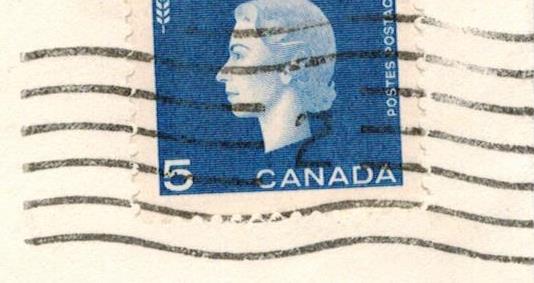 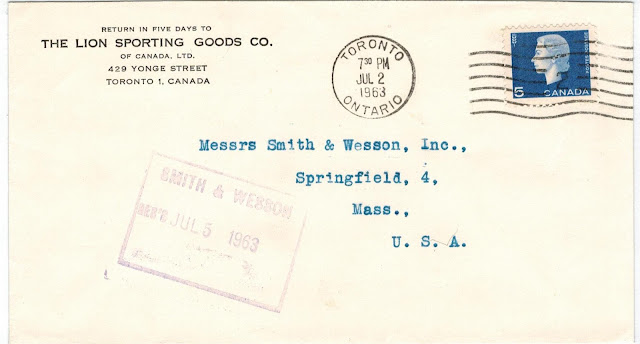 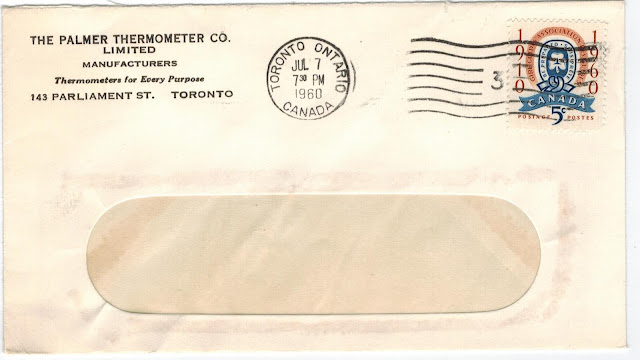 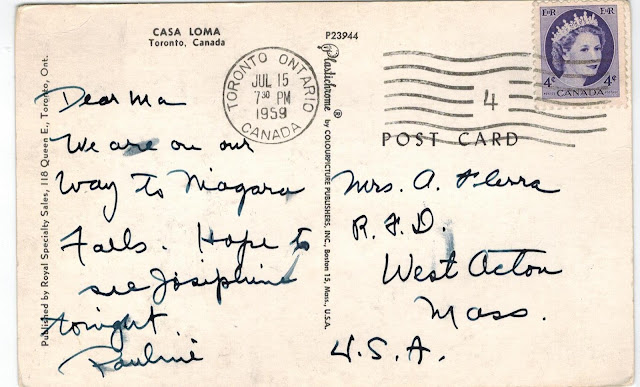 The "4" obliterator, whose use continued until at least 1970,  was the last of the numeral cancellations in use. 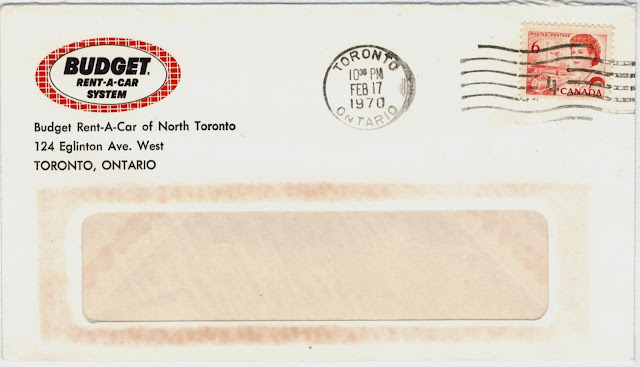 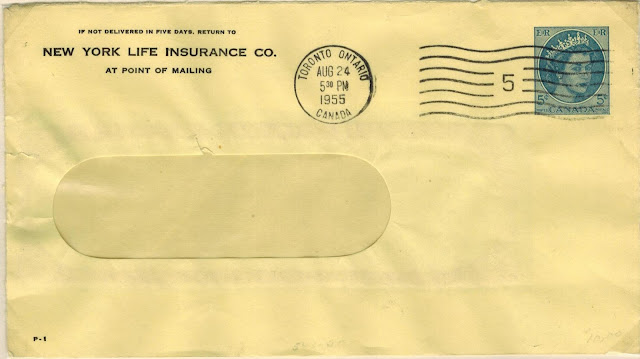 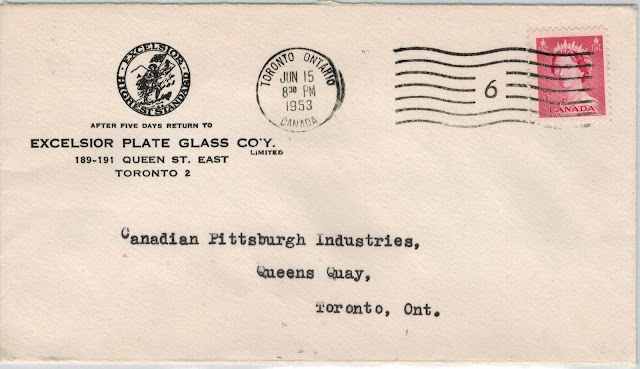 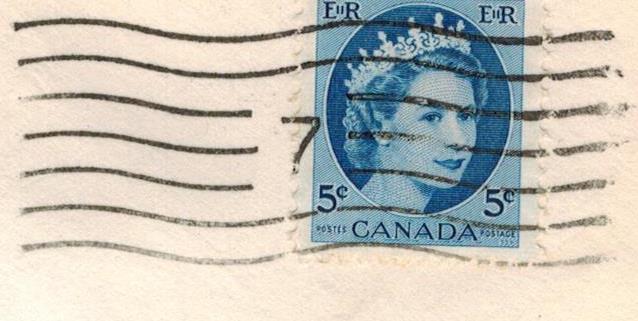 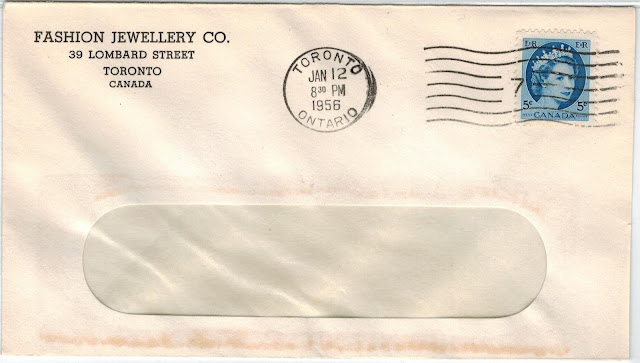 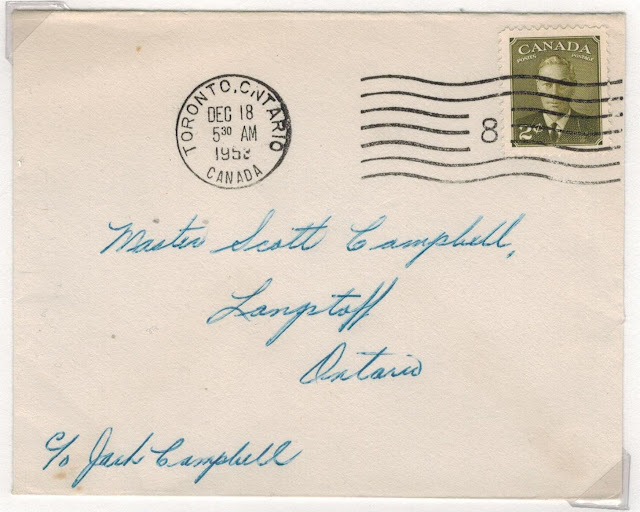 
Different Numerals on the Same Cover 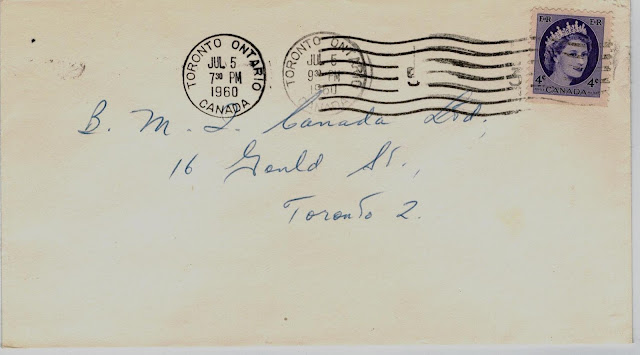