The Post Office provided a discount rate for quantity mailings of advertizing printed matter or "Bulk Mail". Payment of an item was generally  indicated in two ways:

1.  A permit indicium was  printed or handstamped on the item. 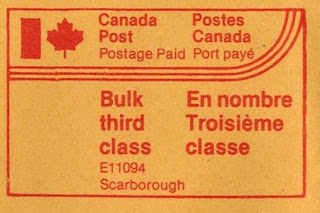 2. A denominated meter impression was applied to the item.

Since permits and meters are generally not popular collectables, bulk mail tends to be ignored. Another reason for the lack of interest may be the fact that this type of mail is commonly referred to as "junk mail" and not considered to be of historical significance.

Rates until the mid-1980s were straightforward, but then became more complicated as  different categories of bulk mail based on factors such as mail preparation and pre-sortation by the mailer were introduced by Canada Post :


In the examples shown below, I have not identified pre-sortation categories, nor have I prepared a chart showing bulk mail rates from 1971 to 1999.

Denominated metered covers are used to show  the rates in this article because permit mail is usually undated and undenominated. However, I have included examples of permit mail at the end of this posting.

Collectors are often surprised when they come across fractional rates.  The 7 1/2 cent bulk mail  rate was in effect for one year. 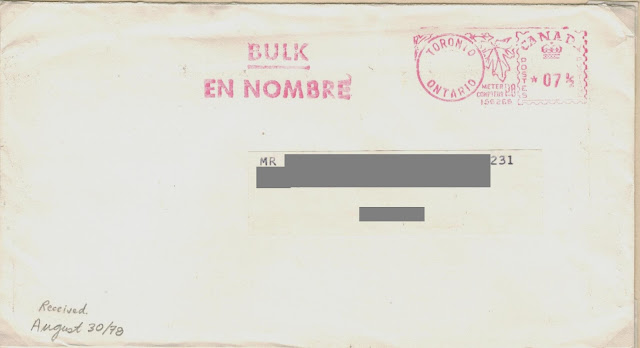 From this point on, I will not be providing effective dates for the rate . Rates become complicated in this time period. Covers are shown in chronological order. 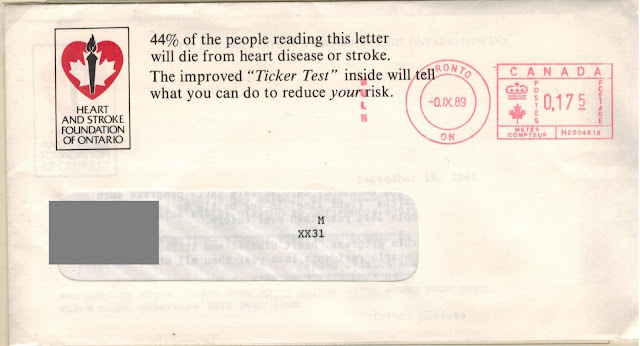 Heart and Stroke Foundation mailing with the following message printed on the envelope:

44% of the people reading this letter
will die from heart disease of stroke.
The improved "Ticker Test" inside will tell
you how to reduce your risk. 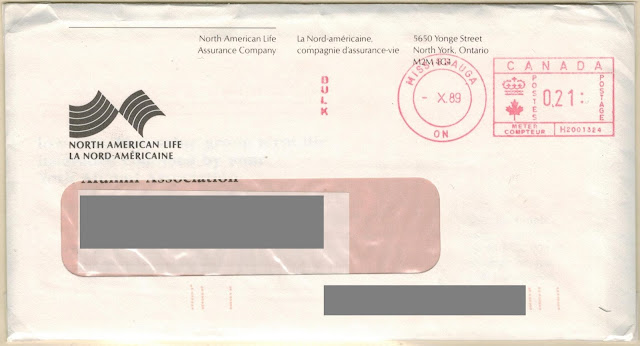 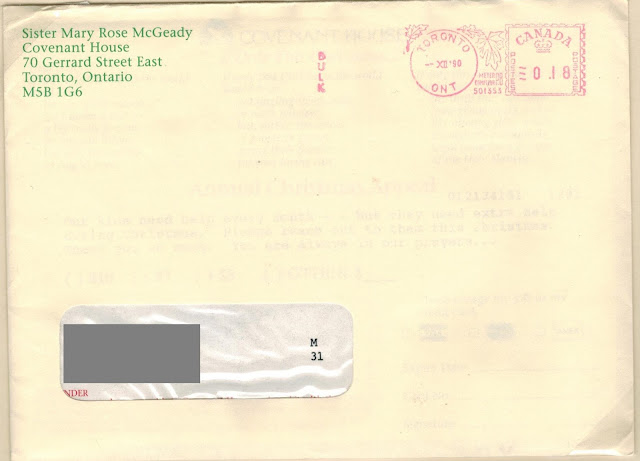 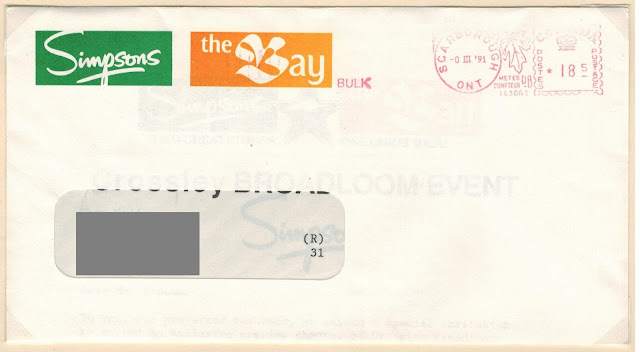 nbre is the abbreviation for the French term for bulk mail, "envois en nombre" 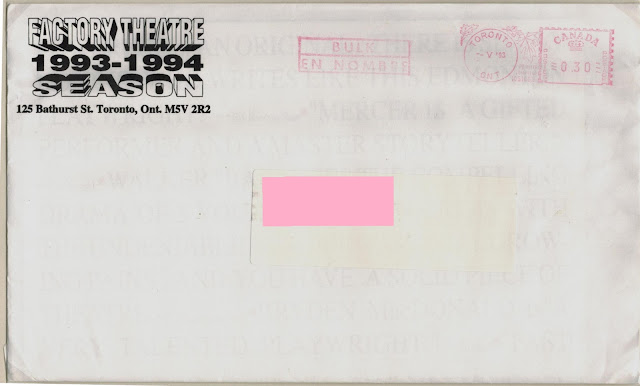 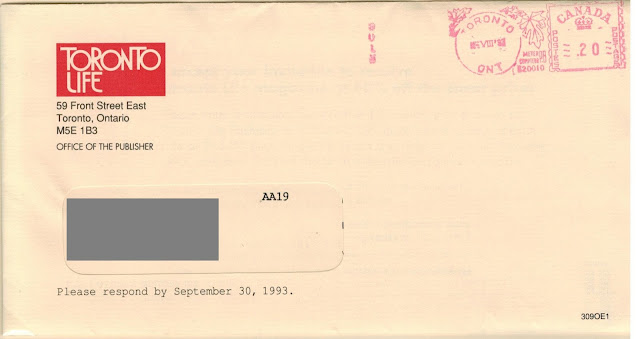 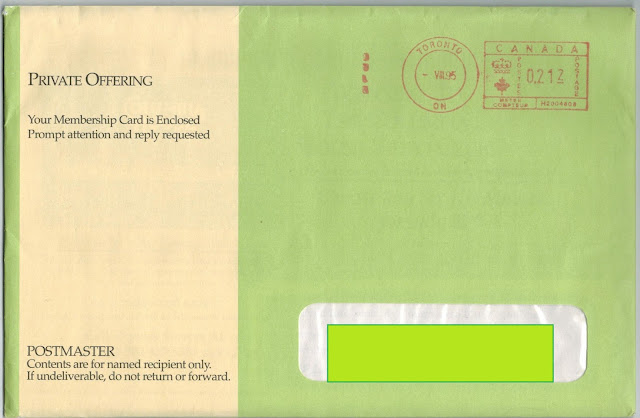 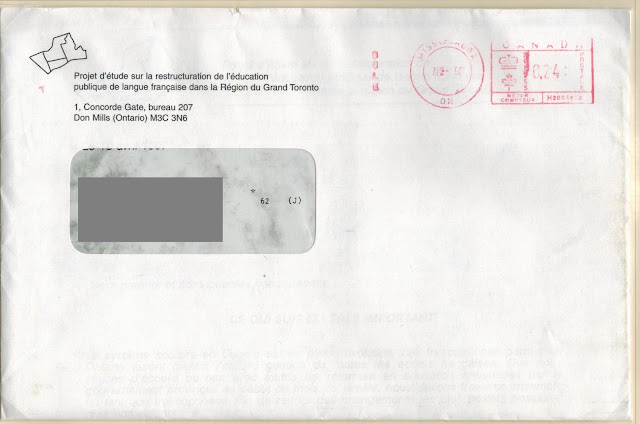 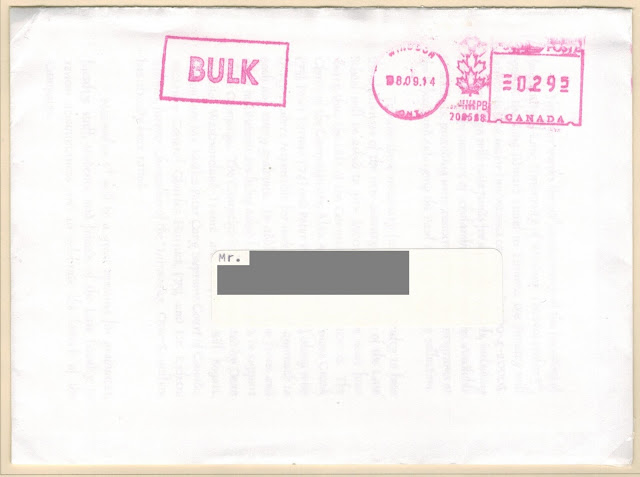 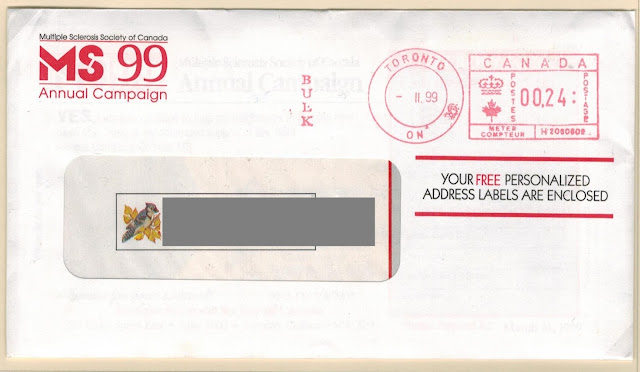 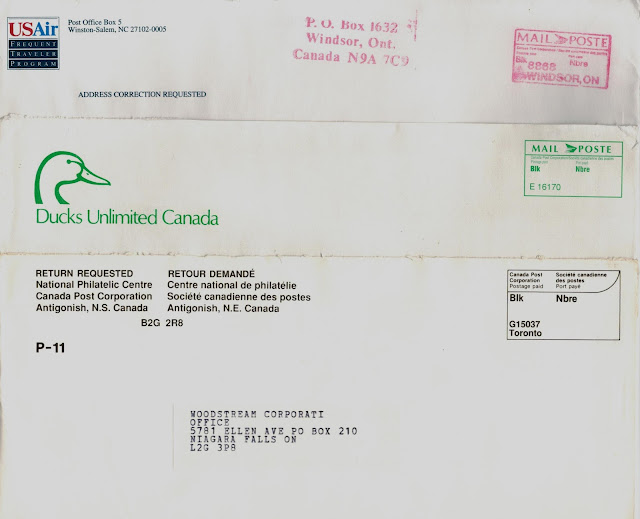 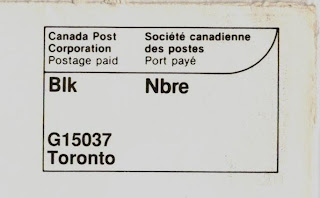 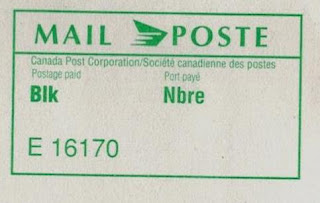 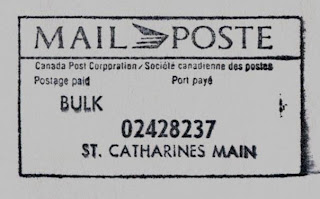 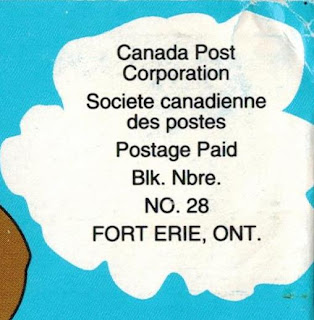 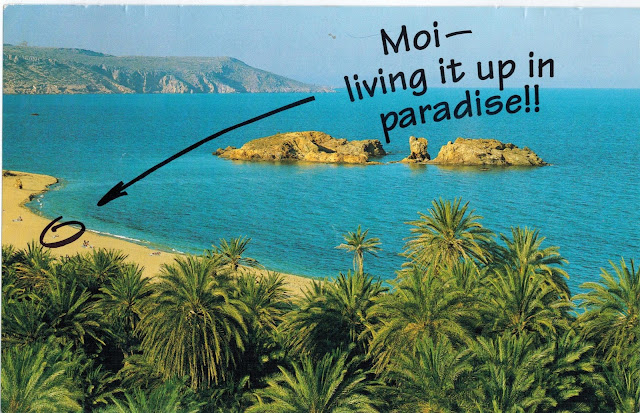 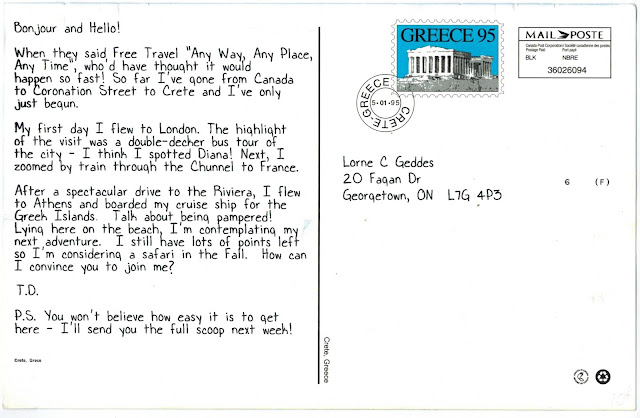 An interesting facsimile of a Greek stamp 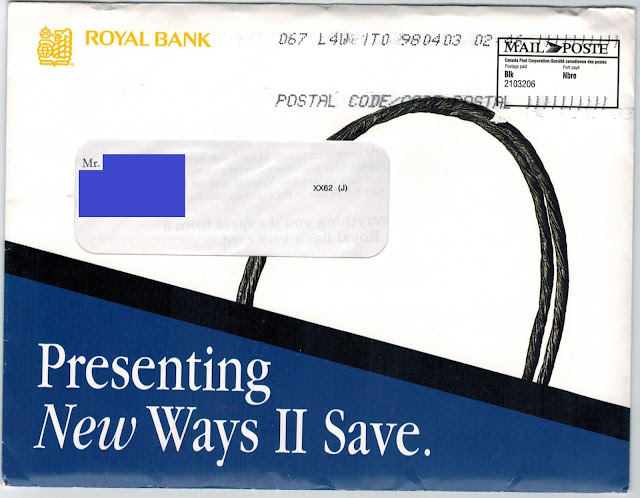 Posted by philcovex at 7:16 PM