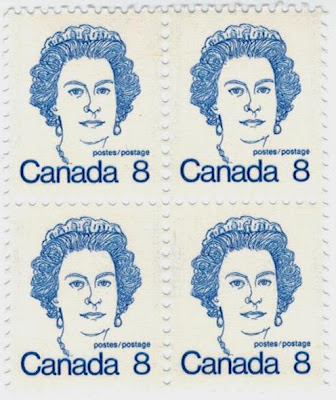 The "Caricature" low value definitive set issued on October 17, 1973  featuring former Canadian Prime Ministers was the first time since 1868 that the reigning monarch was not represented on all low value denominations of definitive stamps. Queen Elizabeth's caricature was only reproduced on the 8 cent stamp, which at that time paid the first weight domestic letter rate.

This post shows  covers franked with the 8 cent definitive.

The 8 cent domestic letter rate had been introduced on January 1, 1972. 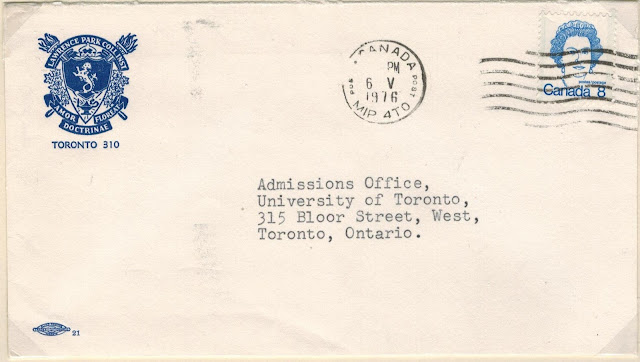 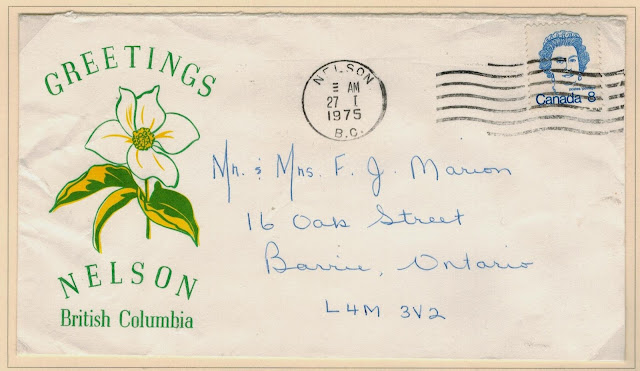 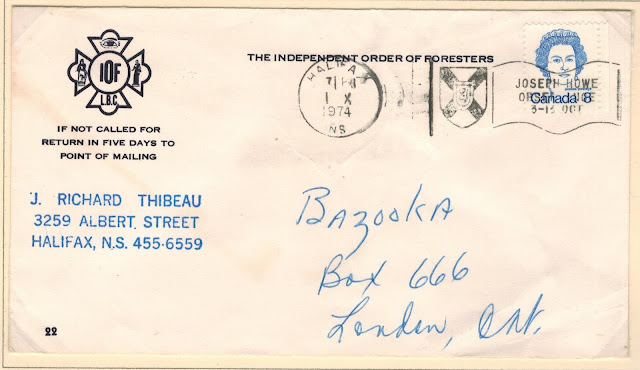 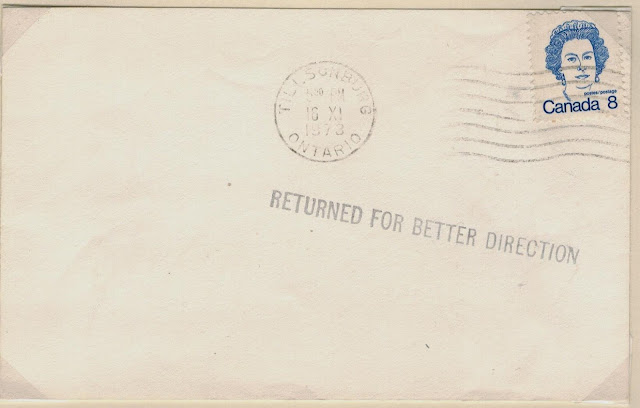 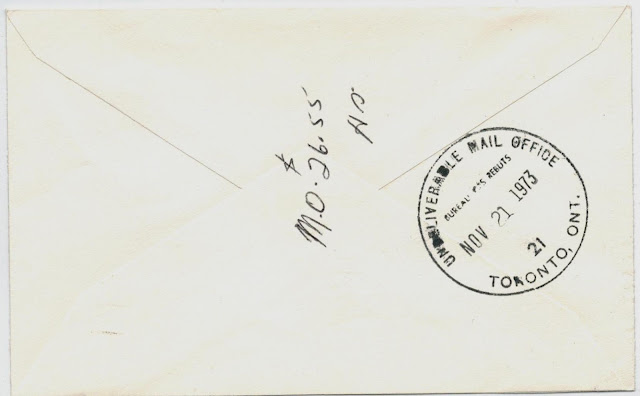 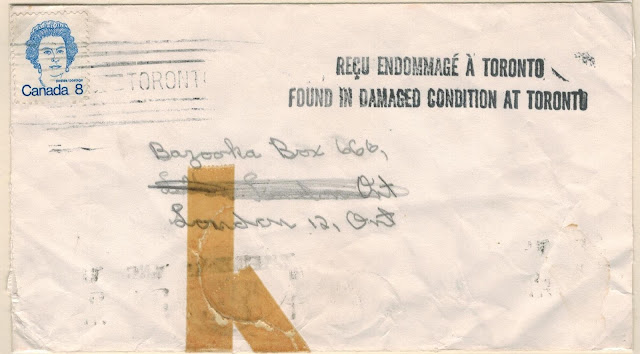 FOUND IN DAMAGED CONDITION AT TORONTO 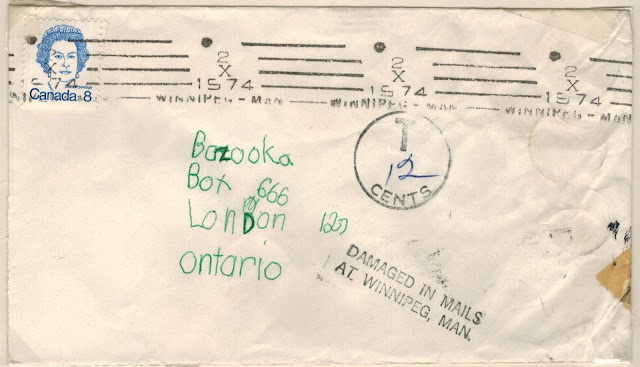 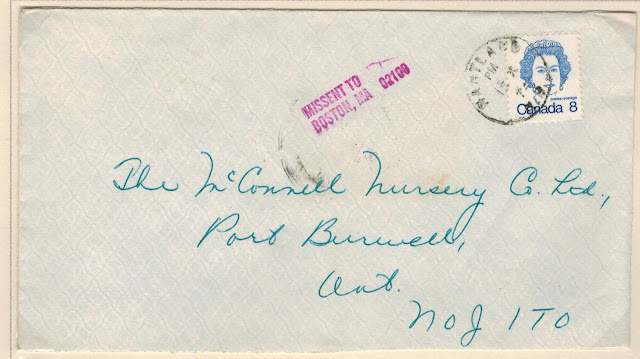 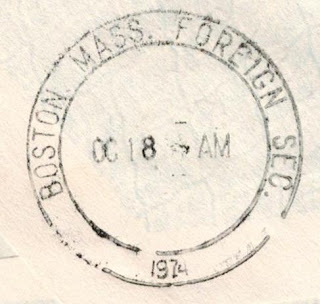 RCAF station Chatham was renamed Curtis Park  in October 1966. In the early 1970s, the MPO system was re-introduced. MPO 140 was allocated to the Curtis Park post office in September, 1973. 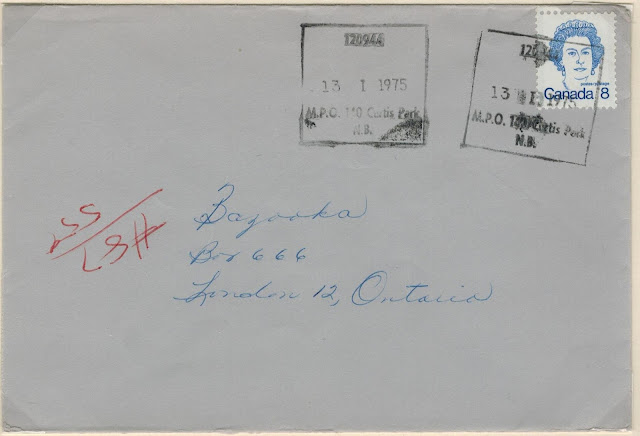 In the home ports of Vancouver and Halifax, Fleet Mail Offices (FMO)  handled the mail. After military unification, the FMOs became known as Forces Mail Offices. 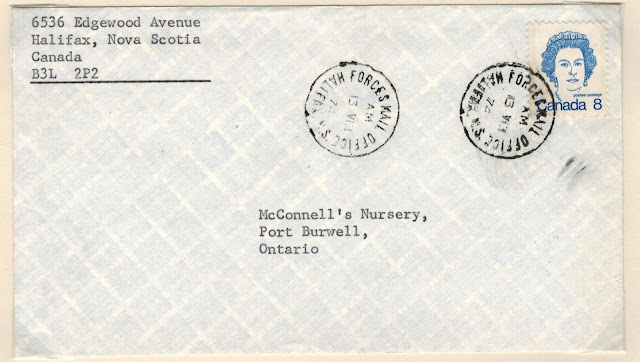 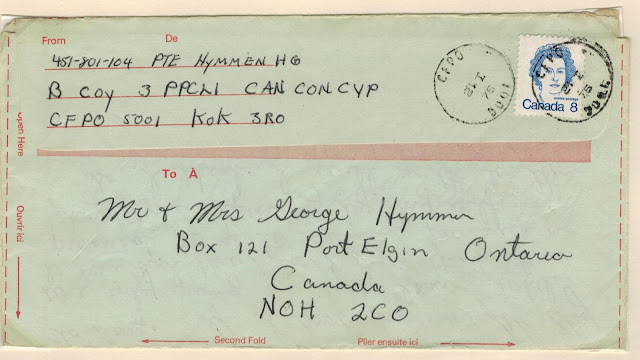 
4. Used to Pay Postage Due 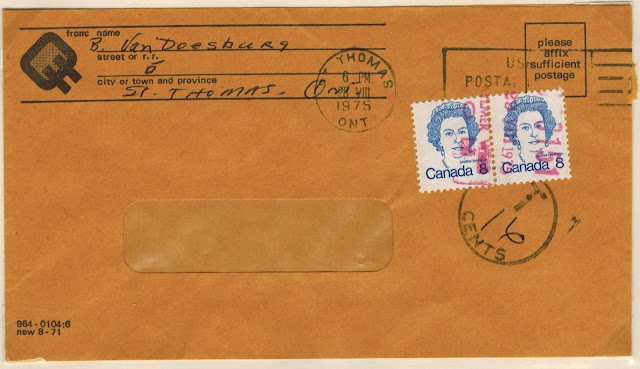 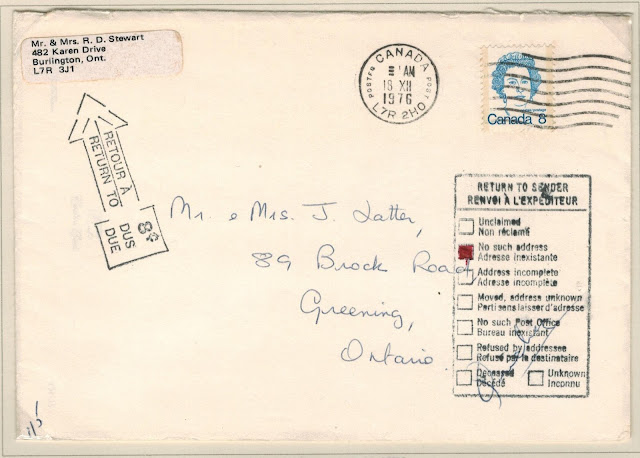 Burlington to Greening, Ontario, December 15, 1976
Undeliverable because there was "No such address", and returned
Returned printed matter fee was 8 cents, the printed matter rate 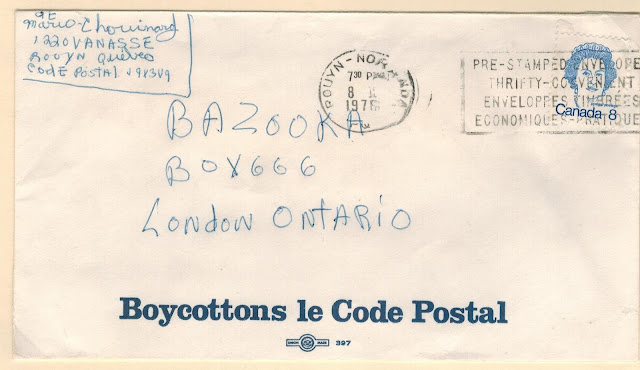 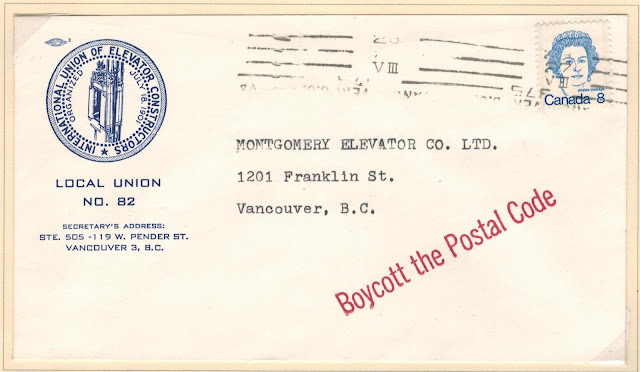 Posted by philcovex at 7:27 PM