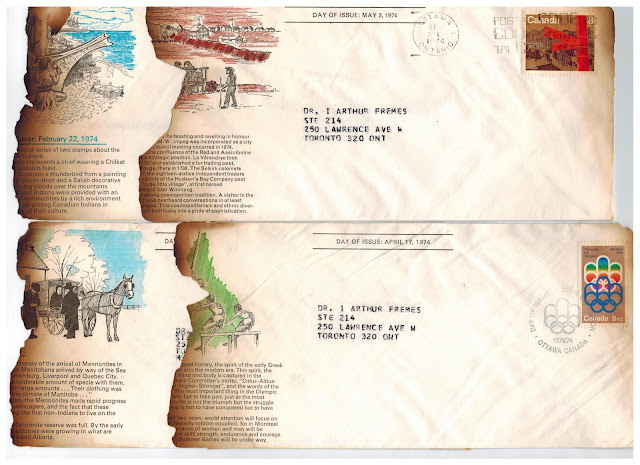 A fire at Postal Terminal "A", Toronto, in December 1974 caused the damage to a cover containing the above group of Schering 1974 first day covers. The letter from Customer Service, Central Ontario Postal District, December 16, 1974,along with the charred FDCs make for an interesting example of delayed mail: 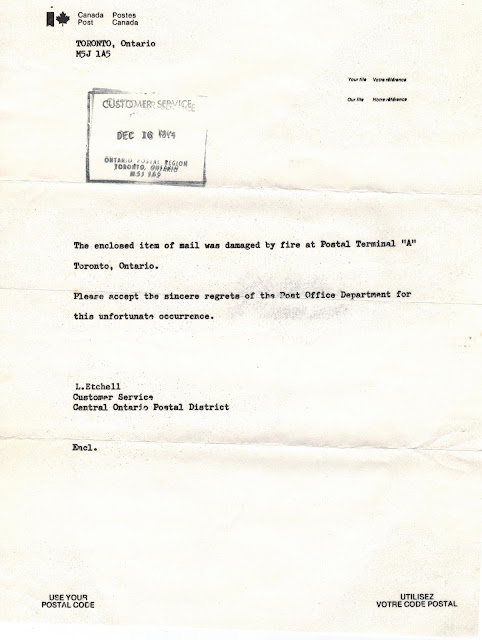 The enclosed item of mail was damaged by fire at Postal Terminal "A" Toronto, Ontario.

Please accept the sincere regrets of the Post Office Department for this unfortunate occurrence.

Unfortunately neither the original outer envelope nor the Post Office ambulance envelope is in the author's collection.
Posted by philcovex at 6:58 AM