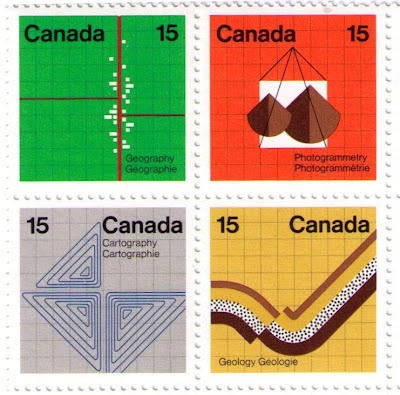 The geography stamp is an abstracted bird's eye view of a village situated at the intersection of main and secondary roads. 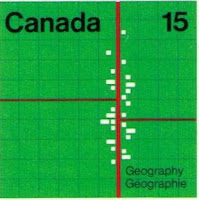 The geology stamp illustrates a cross-section of the crust of the earth showing different layers of materials. 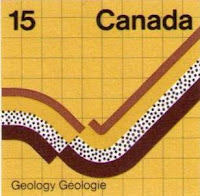 The cartography stamp shows a simplification of mountains drawn in schematic shape by using "Sigfried" lines. 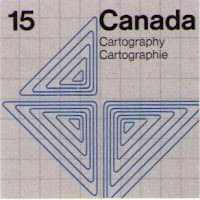 The photogrammetry stamp is a visual simplification of the theme of the Congress. 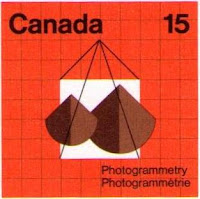 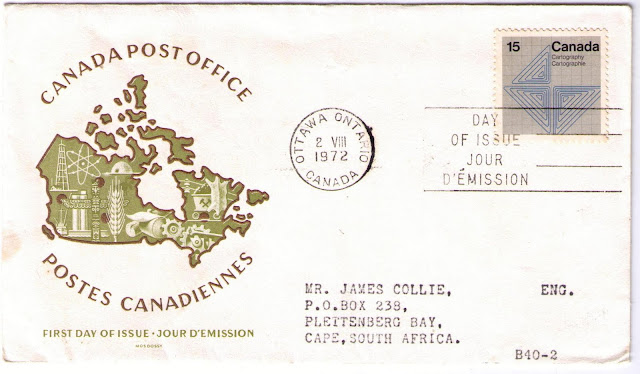 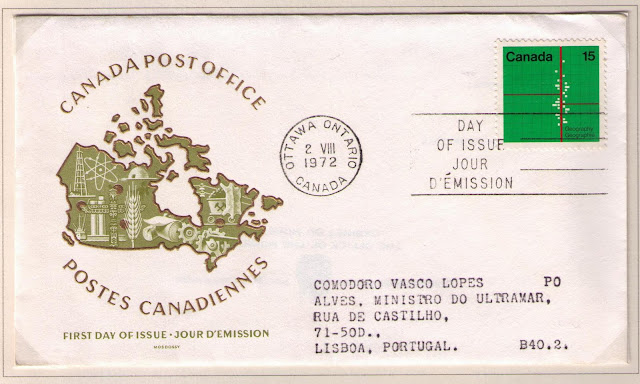 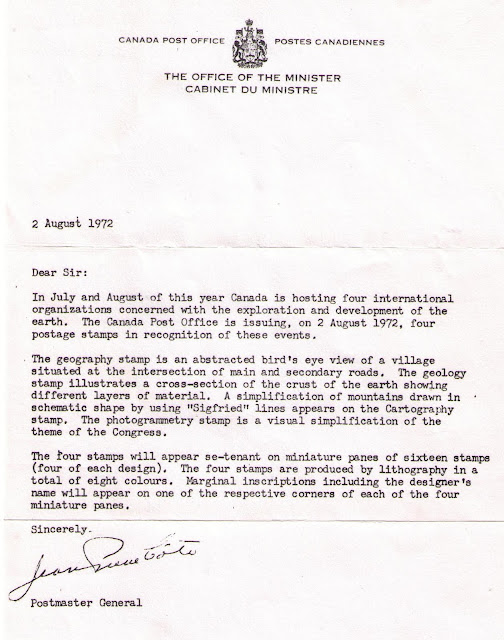 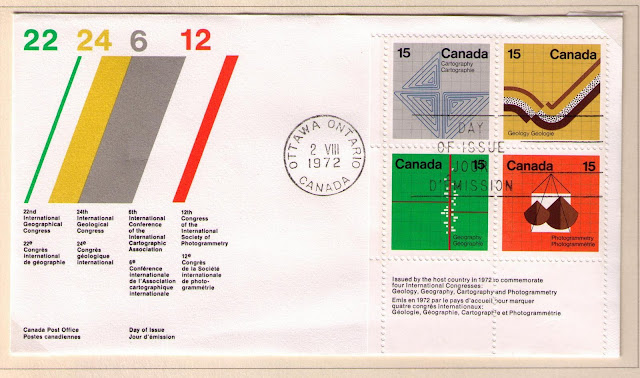 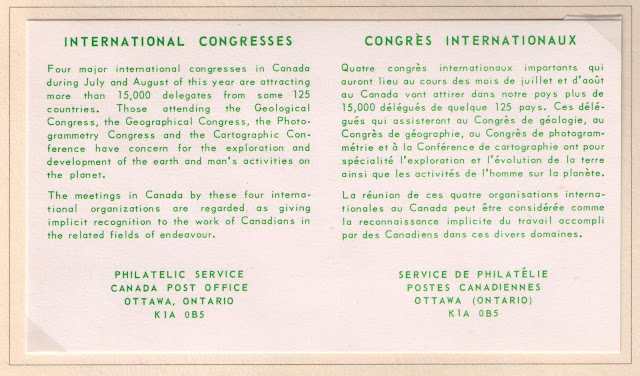 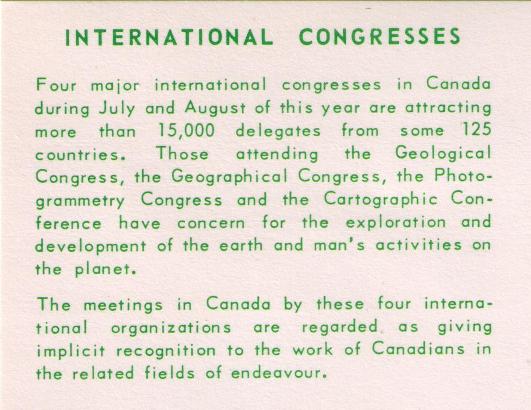 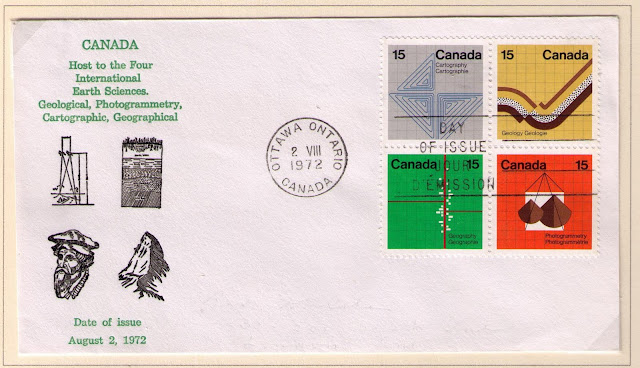 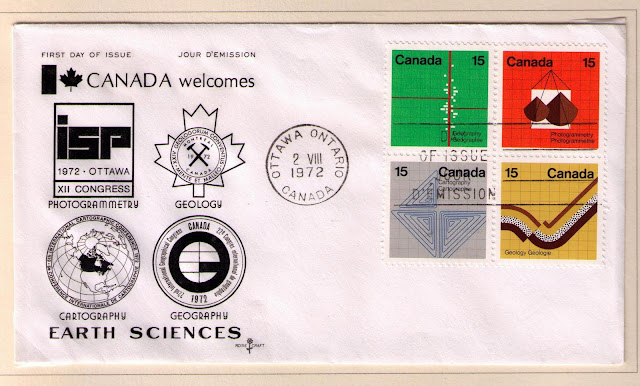 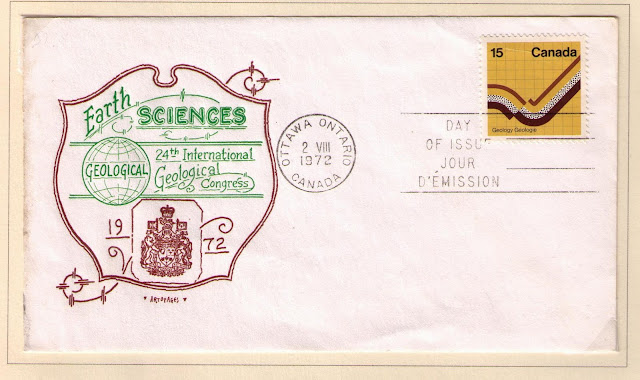 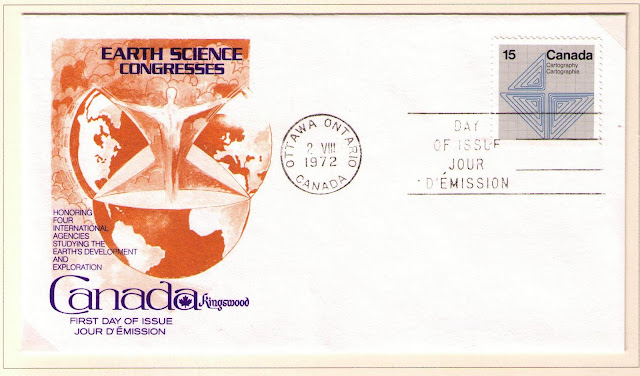 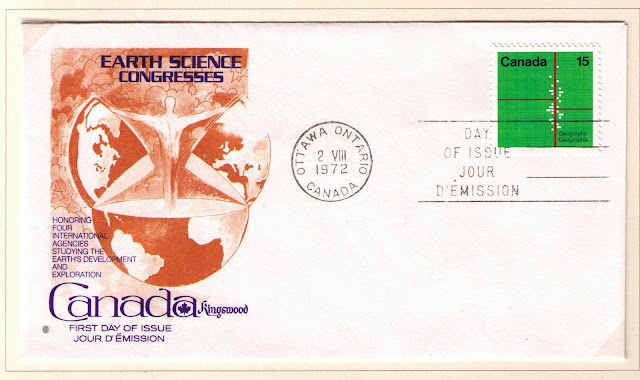 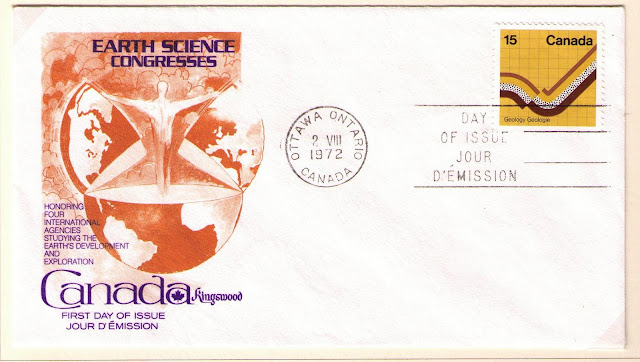 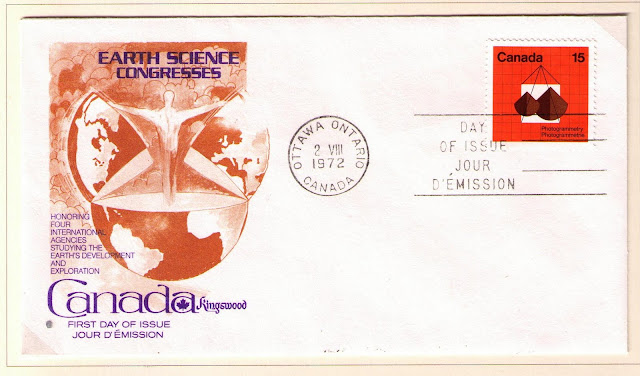 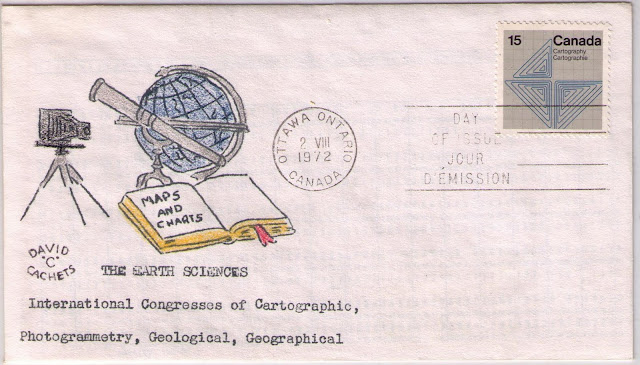 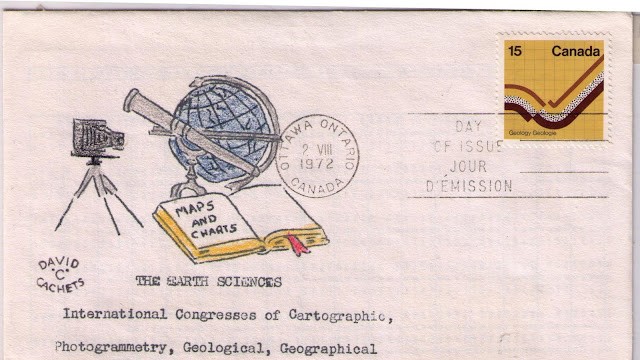 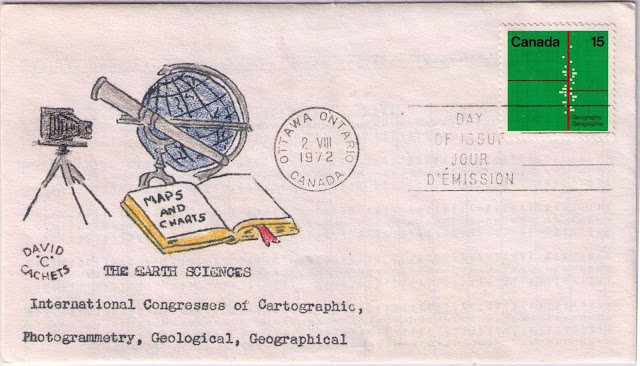 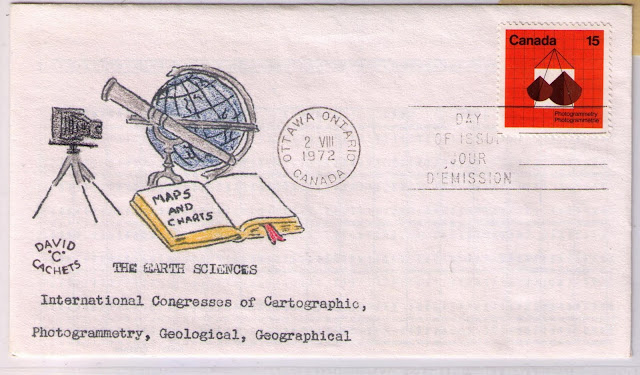 The stamps were issued in 15 cent denominations "suitable for use on mail destined for a large part of the earth's surface". The international "all-up" letter rate was 15 cents for each ounce. 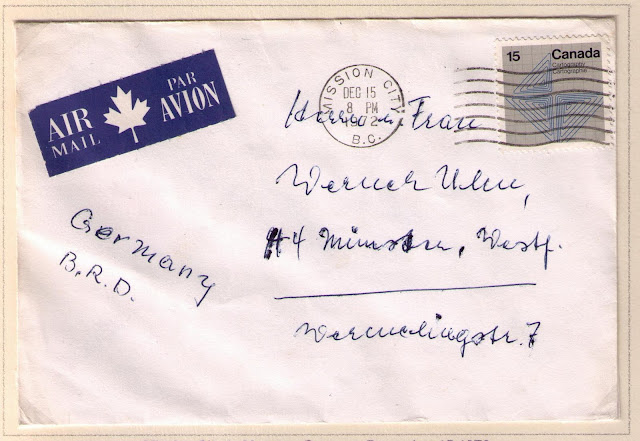 
To the United States 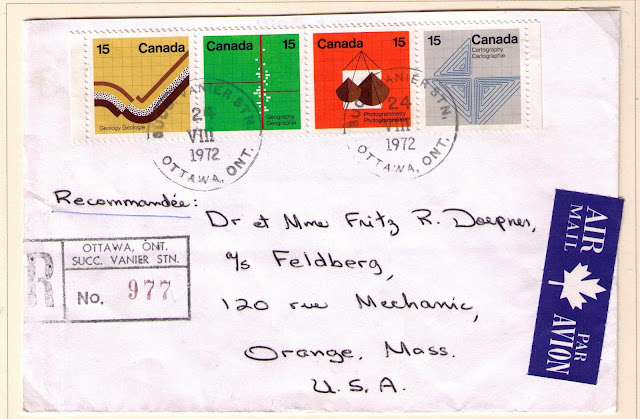