The Unissued 6 cent "Garden of the Provinces" Definitive Stamp

Canada Post Office issued a set of  definitives on February 8, 1967 honouring Canada's Centennial year. The designs of the 1 cent to 5 cent values represented the five major economic regions of the country. Canadian art was featured on the high value definitives. 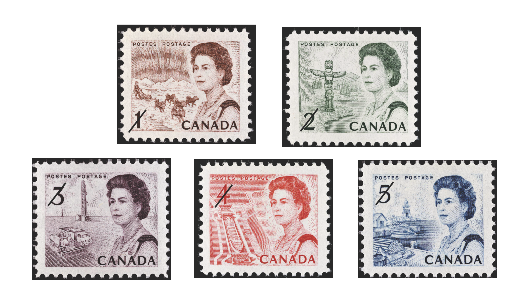 When the domestic letter rate increased to 6 cents on November 1, 1968, a 6 cent stamp featuring modes of transport and communication was released. 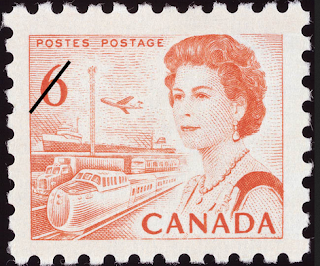 The design was approved for engraving on November 3, 1967. 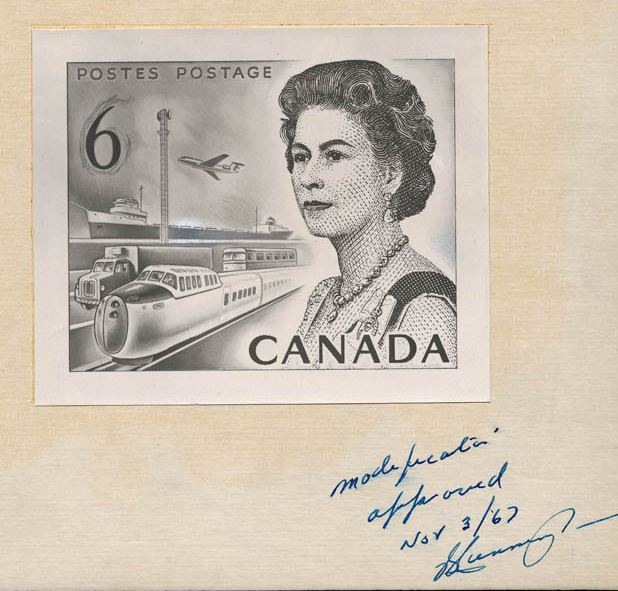 6 cent "Garden of the Provinces" Essays

In addition to the "Transportation and Communication" essay, the Archives have essays of a 6 cent stamp featuring the "Garden of the Provinces". According to the Archives website, this was an unissued design for the Centennial  series and was created in 1965 or 1966. 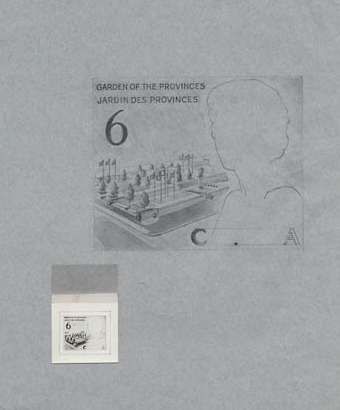 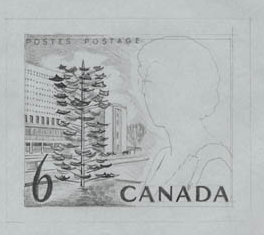 The "Garden of the Provinces" stamp would have been a fitting subject to include in the Centennial series.It would be interesting to learn why it was never issued.

Garden of the Provinces and Territories

Ottawa's Garden of the Provinces and Territories is a 4-acre modernist urban park located along Wellington St., a short distance west of the Parliament Buildings. The park, originally named the Garden of the Provinces, was designed by Don W. Graham and opened in 1962 with Canada's 1967 centennial year in mind. The park was renamed in 2005 to recognize and include Canada's three territories.

The park was officially opened on September 25, 1962, as a western gateway to the Parliament Buildings

One quarter of the site is composed of formal terraces, with the flags of the provinces and territories in the order of their entry to Confederation.  Bronze plaques include the floral emblems for each of the provinces and territories. The park includes substantial stone walls, stone paving, trees, flower beds, grassed areas and two fountains. A 6-metre (20 ft) tall fountain symbolizes a tree. A structure of concave concrete slabs portrays the Great lakes. 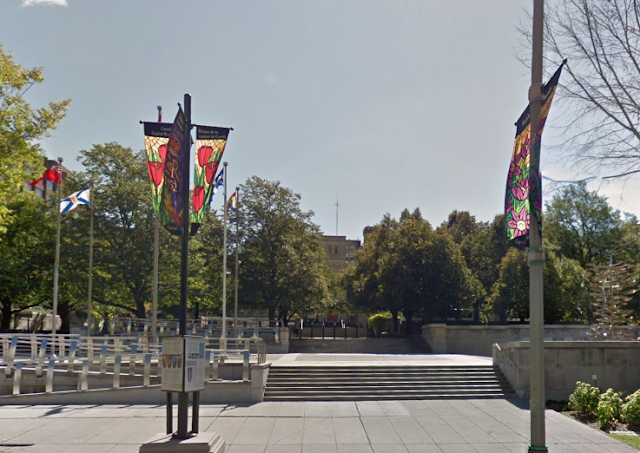 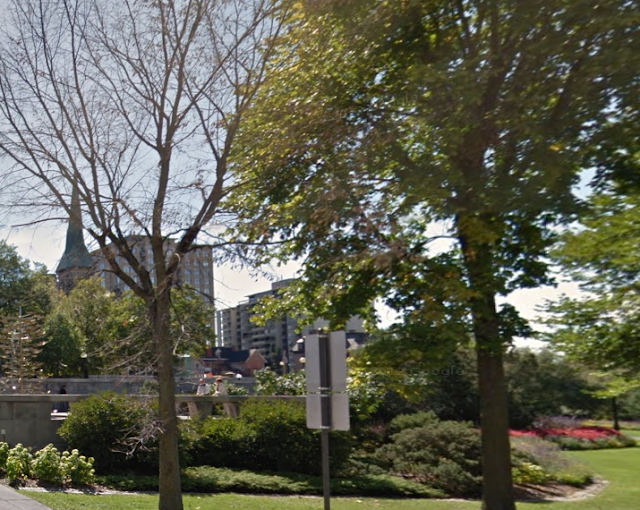 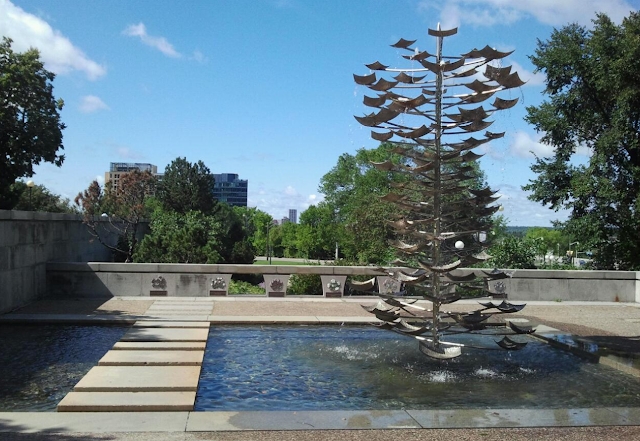 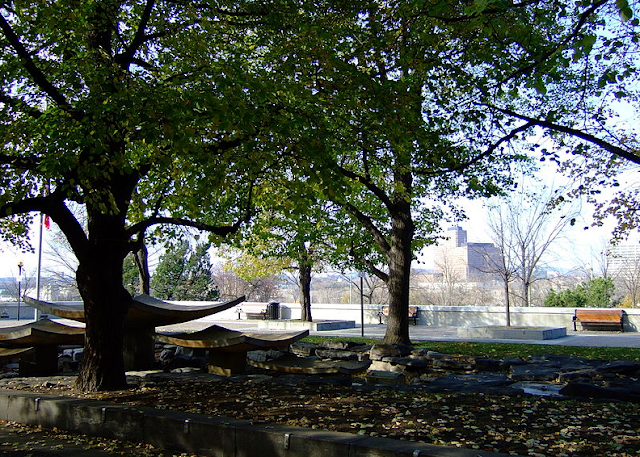 The Garden of the Provinces and Territories is a popular site when filled with tulips, and other flowers, during the annual Tulip Festival. 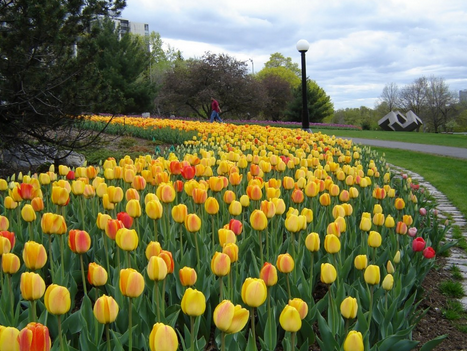