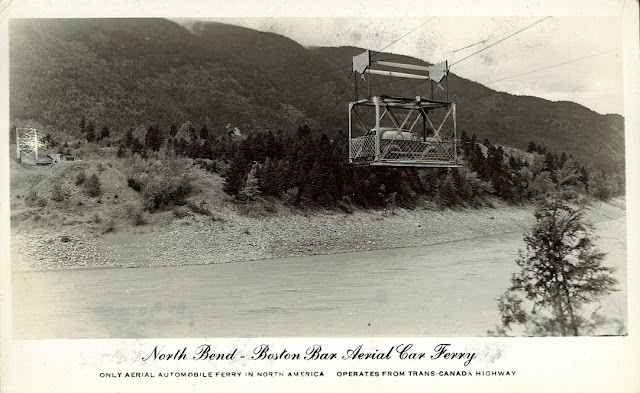 From 1940 to 1986,the only aerial automobile ferry in North America, the North Bend -Boston Bar Aerial Car Ferry, operated between the communities of  North Bend and Boston Bar located on opposite sides of the Fraser River in the  British Columbia Fraser Canyon region. 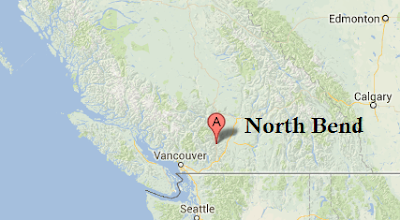 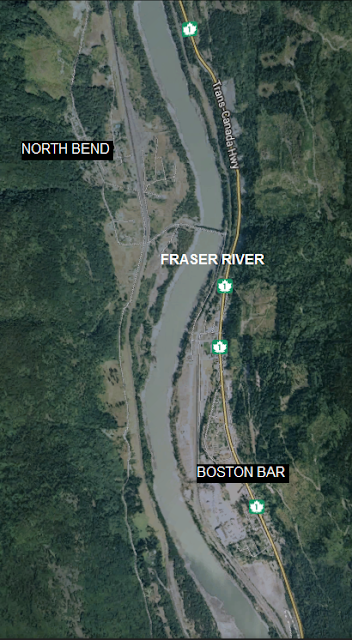 
Prior to 1940, the only way to get directly from Boston Bar to North Bend was to cross the Fraser River by boat. The North Bend Aerial Ferry was opened in March, 1940, to transport vehicles and people more conveniently 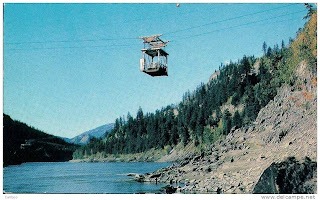 A gondola car capable of holding a single motor vehicle or 40 passengers  was carried on two steel cables 1200 feet across the river.  In its years of operation from 1940 to 1986,  the North Bend Aerial Ferry carried 2,037,579 vehicles, 6,092,434 people and made 1,610,789 round trips. In 1986 the Cog Harrington Bridge replaced the Aerial Ferry because of increasing timber volumes and a higher demand for faster transportation. 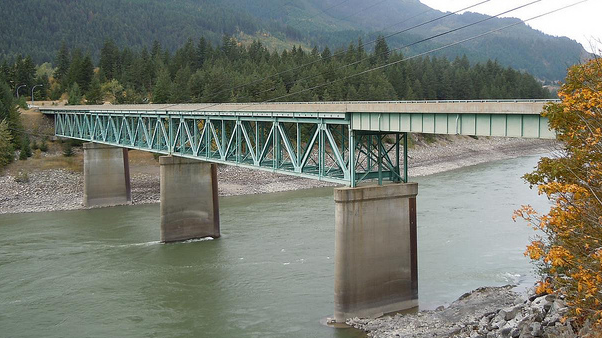 
Although the Aerial ferry is no longer in operation, the gondola has been restored and is on display  along the Trans-Canada highway in downtown Boston Bar. 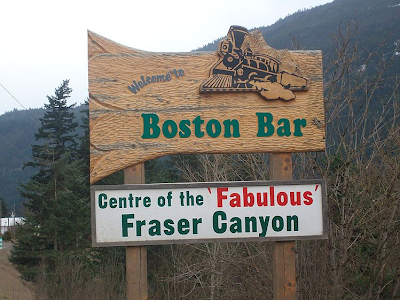 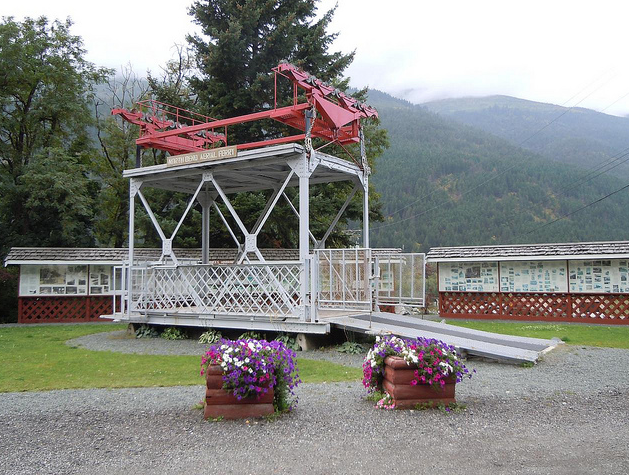 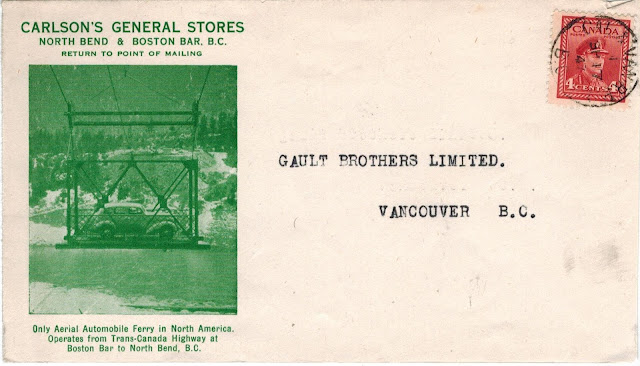 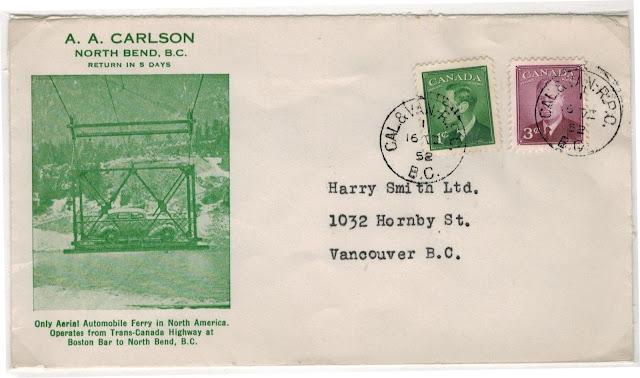 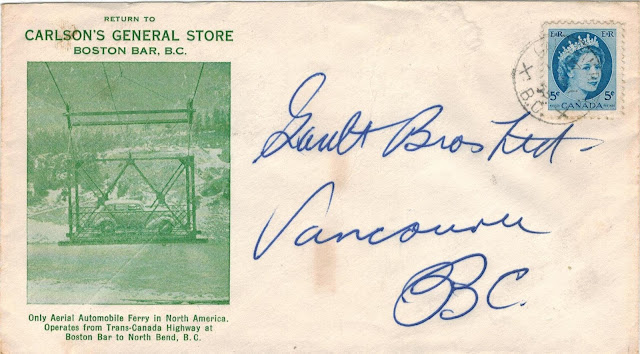 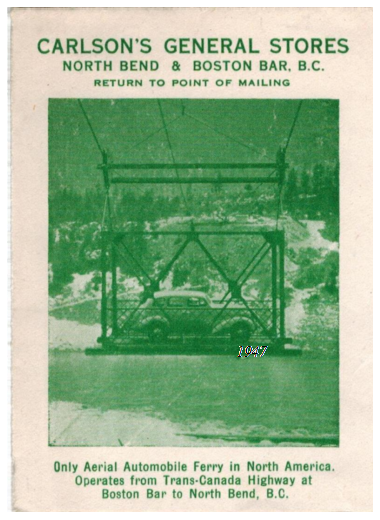 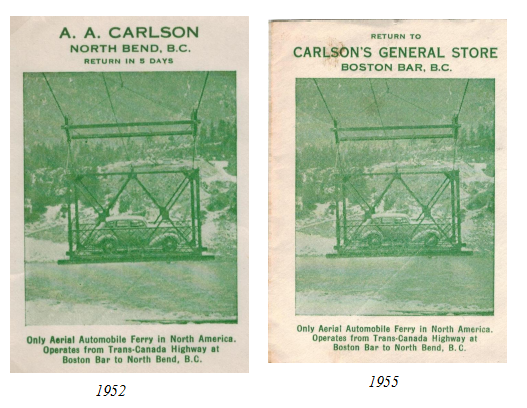 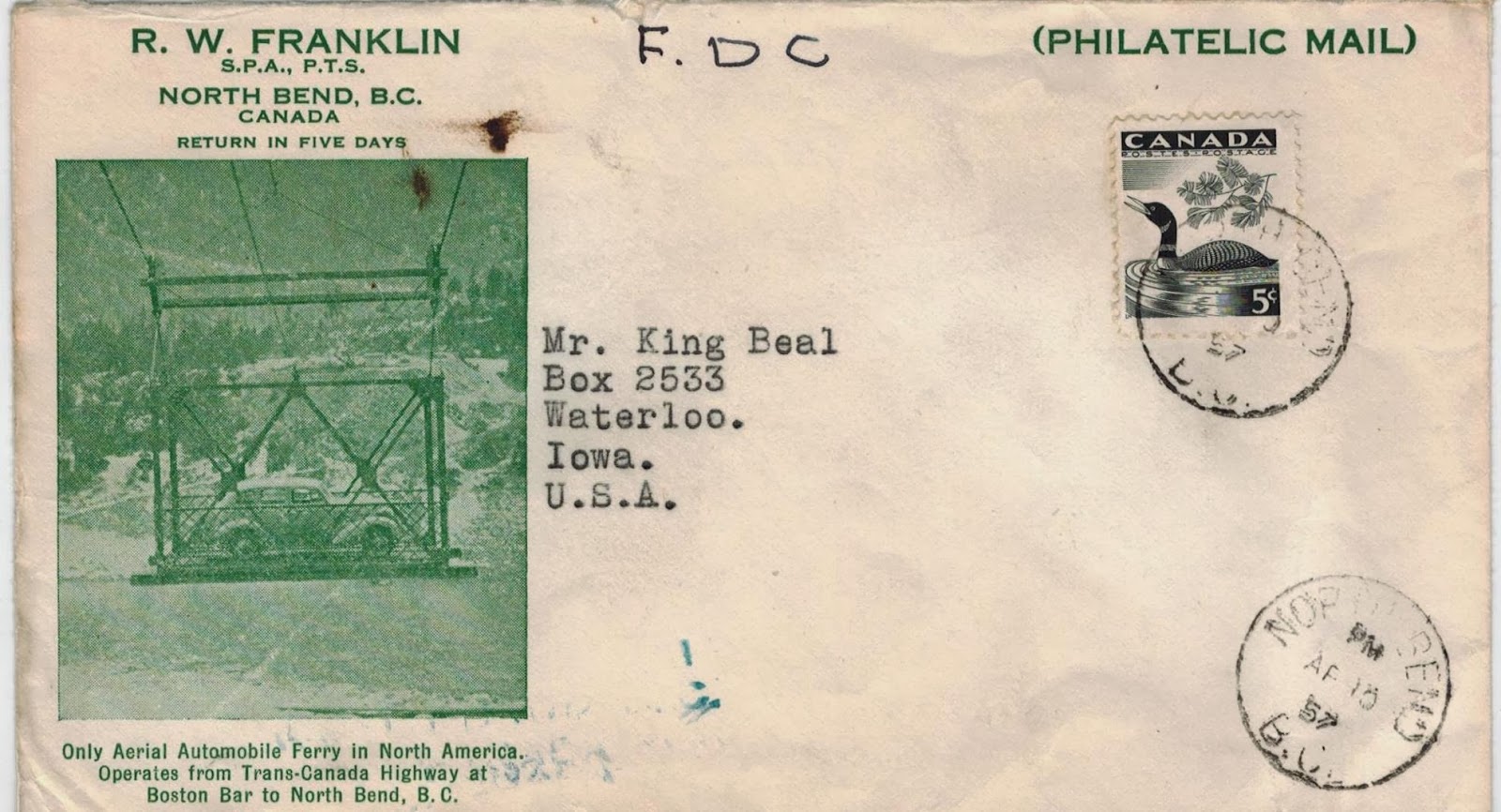 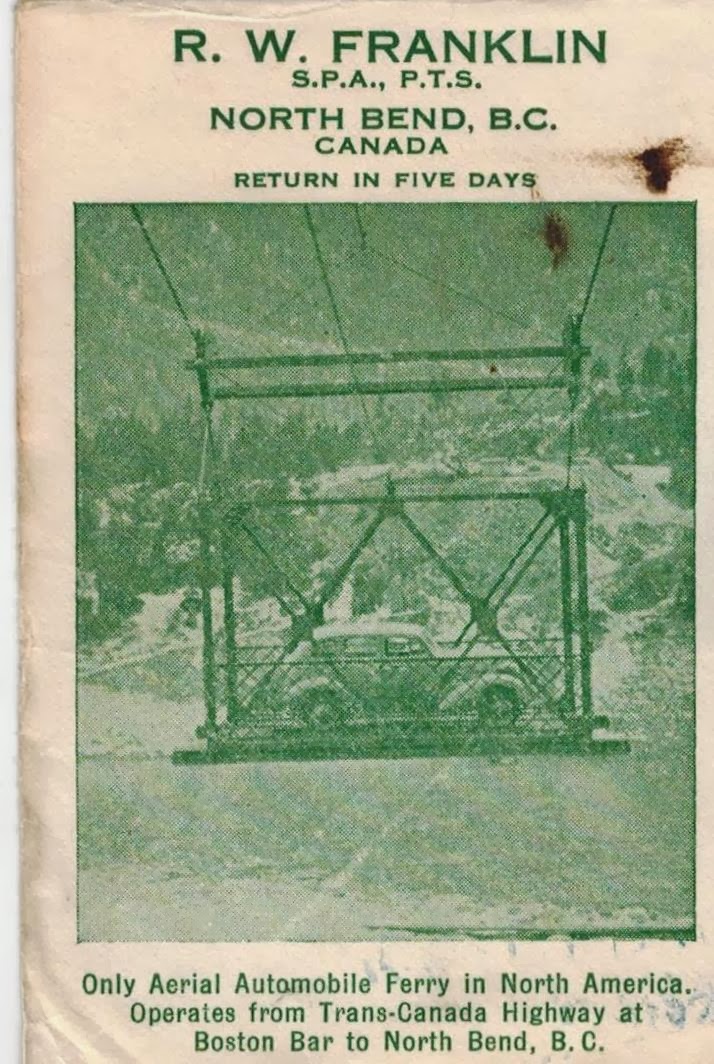 Posted by philcovex at 8:45 AM