I've been collecting Centennial period postal history since the mid-70s and have found that some rates are particularly difficult to find but none more so than the 7 cent surface post card rate to non-preferred UPU destinations, a rate which was  effective from November 1, 1968 to June 30, 1971. After decades of searching I haven't seen a single example! And this was a rate that was in effect for over two years.

First let's look at post card rates during this period. The sender had a choice of air mail or surface mail conveyance. The air mail rate to all destinations was 10 cents and  there were  two surface letter rates, 6 cents and 7 cents depending upon the destination. 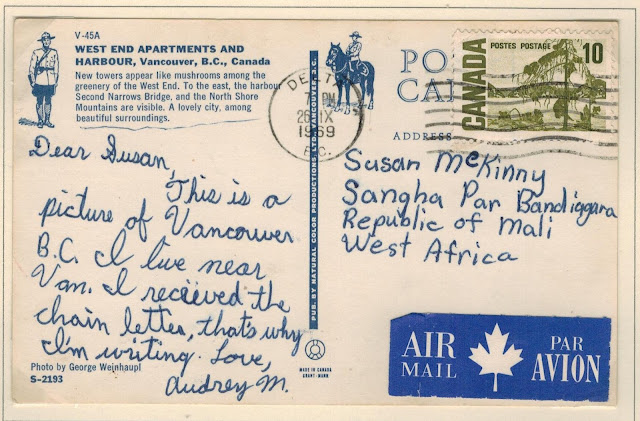 The surface rates were a only a few cents cheaper than the air mail rate.

to Great Britain, the Commonwealth, the Republic of Ireland, France, Spain, and North and South America : 6 cents 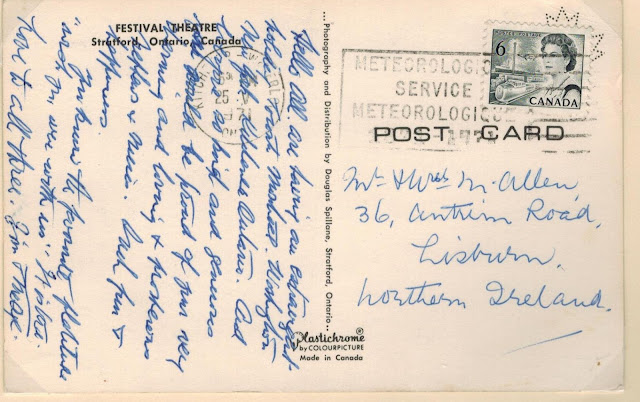 It isn't difficult to understand why the rate is challenging to find. Why would anyone send a post card by surface mail  when for an extra 3 cents the card could  zoom off to its destination. I suspect that people may have simply mailed the cards with the current 6 cent domestic rate stamps without giving the matter much thought.

So, what  happens when a rate collector can't find a rate? Apart from continuing the hunt, short paid and unpaid mail can be an acceptable substitute (at least for me).

Over the years I have been fortunate to locate the following shortpaid and unpaid surface post cards mailed during the 7 cent surface rate period, November 1, 1968 to June 30, 1971 : 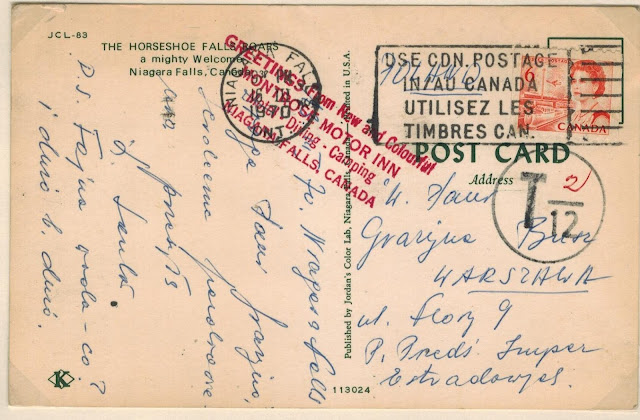 
Since the card was shortpaid 1 cent, the T 2/12 tax fraction was applied by the Canadian post office.

An explanation of the taxation system can be found HERE. 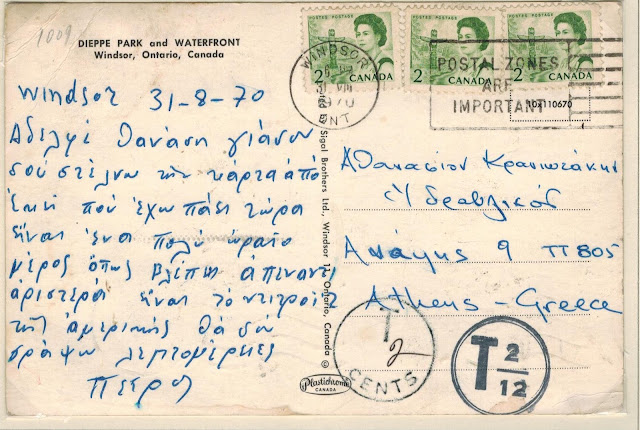 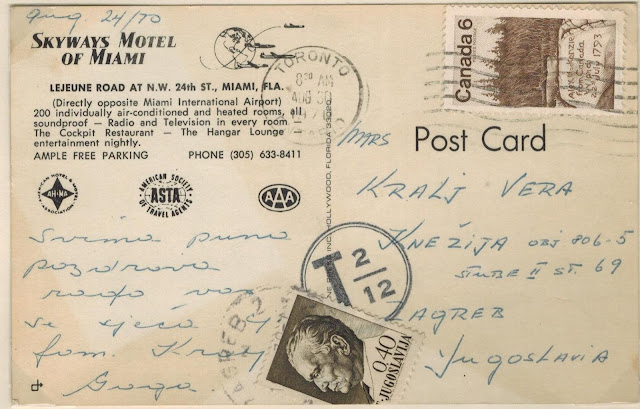 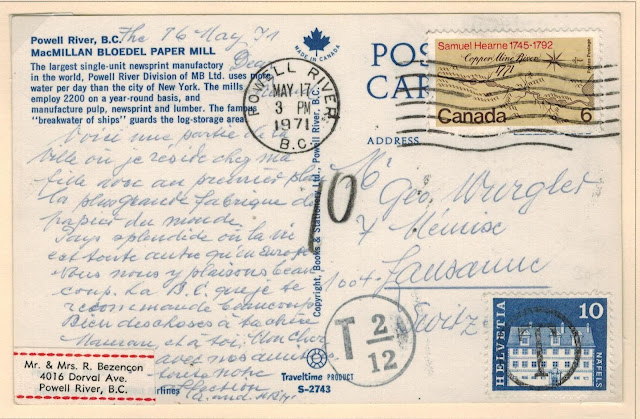 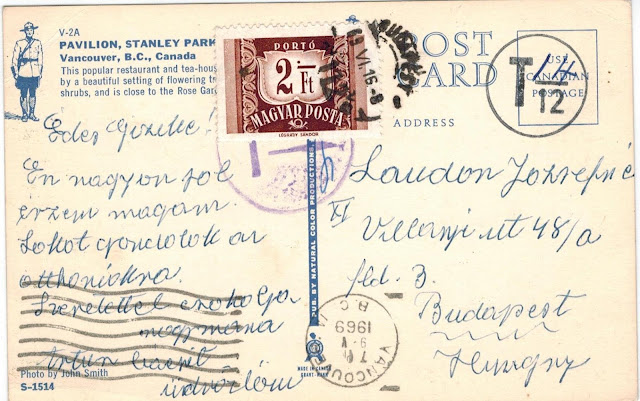 
I don't know if I will ever find a 7 cent surface post card rate, but I'll keep on looking. There has to be one out there somewhere!
Posted by philcovex at 1:45 PM