The huge oil strike (Leduc #1) southwest of Edmonton on February 13, 1947 marked the birth of  Western Canada’s modern oil industry and has been called one of the most important economic discoveries in Canada’s history. On March 1, 1950, Canada Post Office issued a 50-cent definitive stamp in recognition of the oil discoveries in Alberta, replacing the 50-cent logging operations stamp of the 1946 Peace issue. 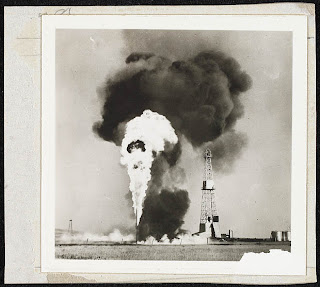 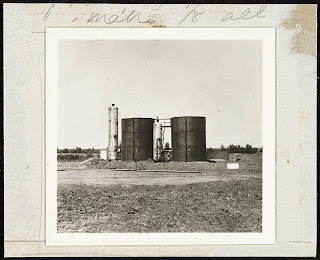 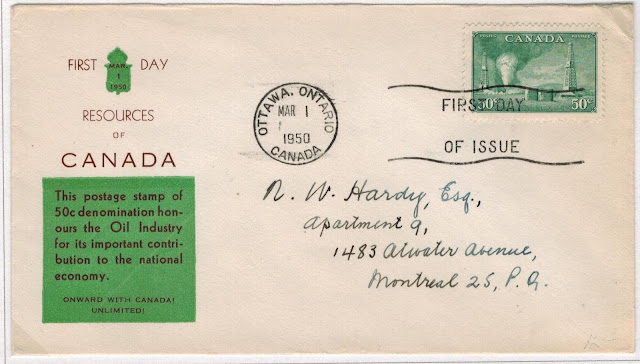 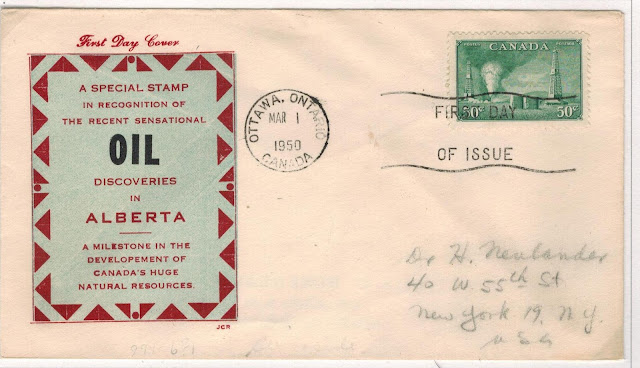 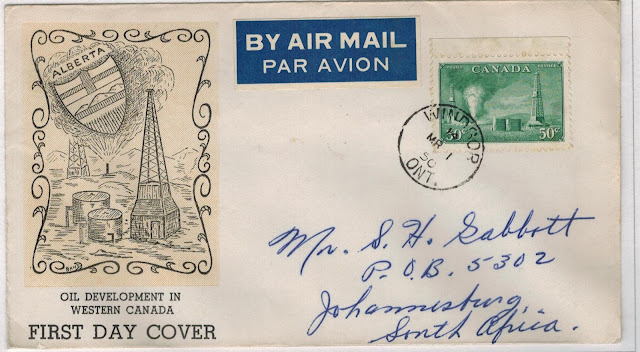 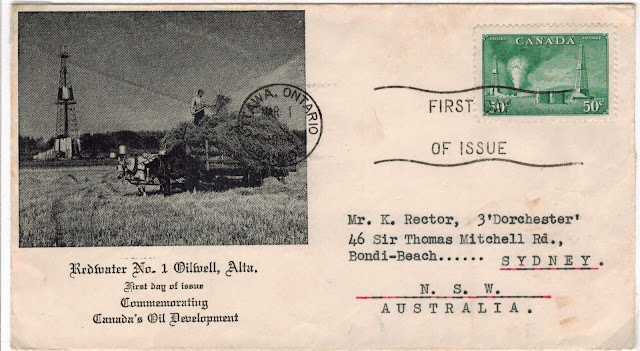 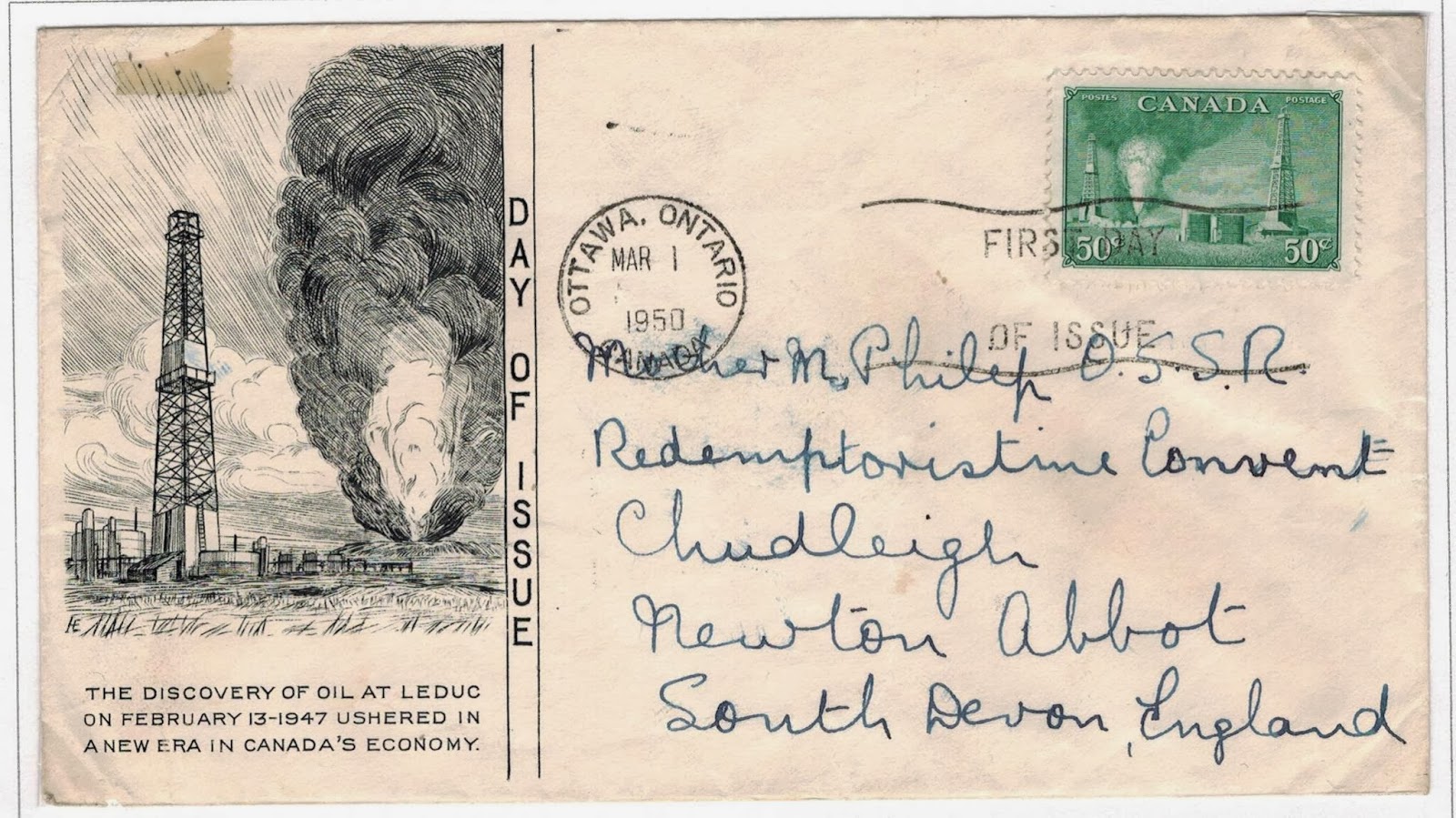