Photographer H. J. Goetzman established a studio in Dawson City, Yukon Territory from 1898 until 1904. Goetzman recorded the scenery, life and activity of the route to the gold fields through Alaska and Canada, Dyea, the Chilkoot Trail, White Pass Canyon, Bennett, Dawson, and the Klondike gold fields. At the height of the gold rush he employed seven photographers.

In 1900 Goetzman directed his advertising to miners, calling himself "The Photographer". 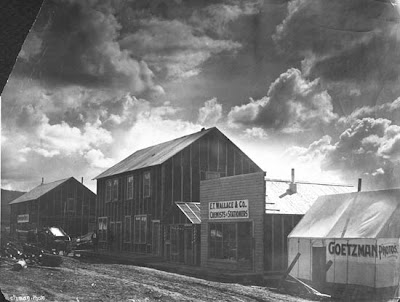 Goetzman's first studio was a tent.

He moved his studio to several locations. In 1903, he moved to 128 Second Avenue South. In 1904, Goetzman sold his studio, negatives, and photographic supply house to J. Morte and H. Craig and moved to San Francisco. 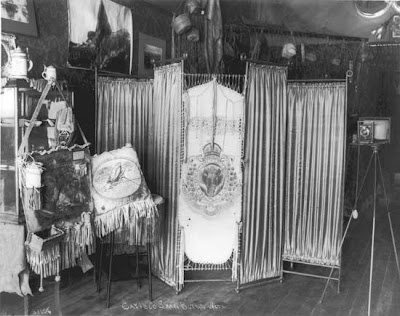 Goetzman advertised free mailing tubes so his customers did not have "to cut off a piece of broom handle and roll the prints around it." 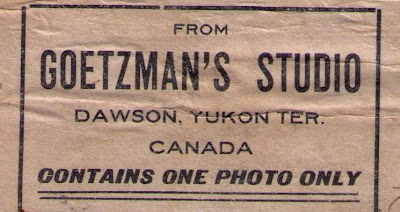 The cover below was mailed from Goetzman's Studio, Dawson, Yukon Territory, to Germany. 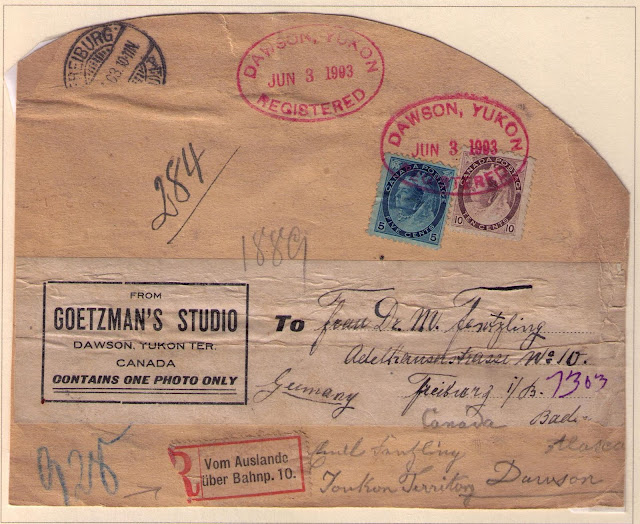 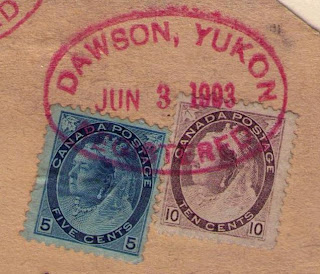 Links to other sites:

Posted by philcovex at 6:26 AM