Duke and Duchess of Cambridge

On June 28, 2011, Canadians were able to purchase a third stamp commemorating the wedding of Prince William and Ms. Kate Middleton and a souvenir sheet commemorating the 2011 Royal Tour. The first release was the subject of an earlier post.

The June 28 release consisted of the following stamps and souvenir sheets: 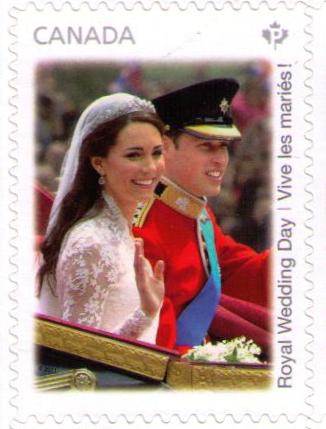 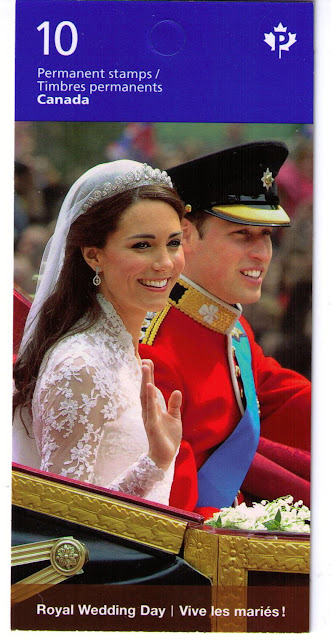 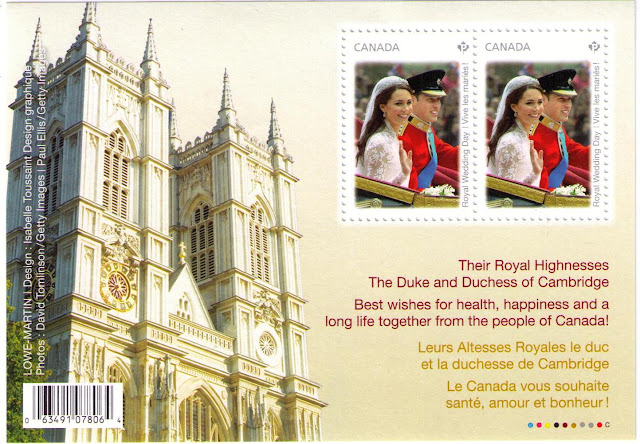 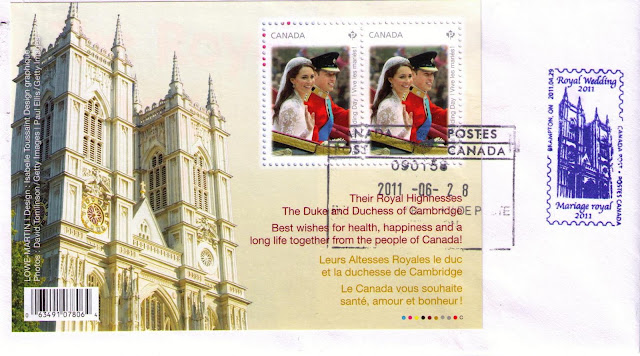 A souvenir sheet was issued to celebrate the Royal Tour of the Duke and Duchess of Cambridge to Canada, June 30 to July 8, 2011. 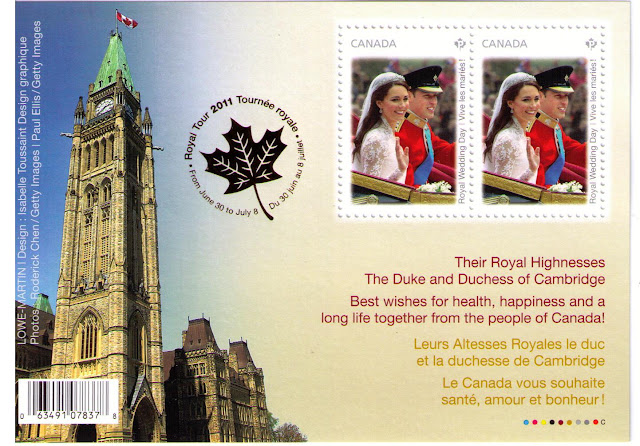 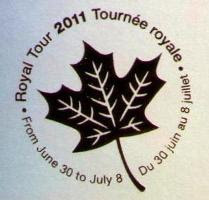 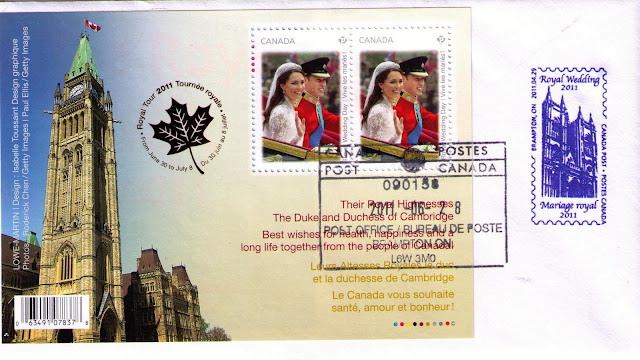 Canada Post announced in its Details publication that the stamps would be issued on June 22, 2011. The "official" first day cover shown below received a cancel dated June 22, 2011. 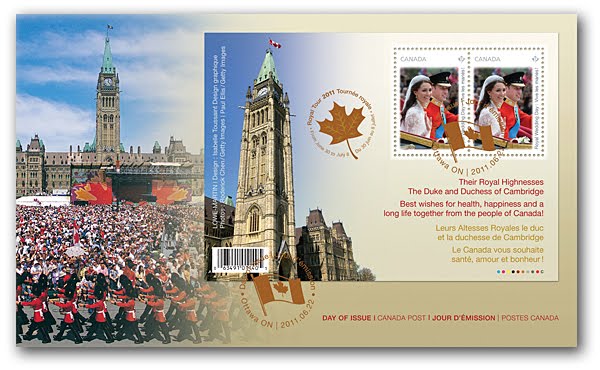 Not in author's collection


Canada Post had closed its post offices across the country from June 15 to June 27, locking out its employees during the 2011 postal strike. The stamps were only available to the public on June 28.