From May 18th to June 28th, 1933, the Universal Postal Union Executive Committee met in Ottawa to prepare the agenda for the 10th U.P.U. Congress to be held in Cairo in 1934. The Canada Post Office marked the occasion by issuing a lovely engraved commemorative stamp, featuring a view of Parliament Hill showing the Library of Parliament, Centre Block, Peace Tower, West Block, Confederation Building, and the wooded cliffs of Parliament Hill above the Ottawa River. 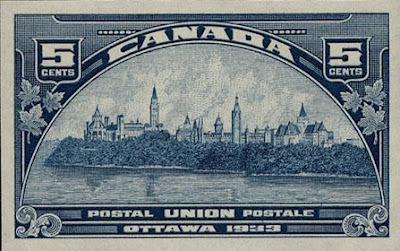 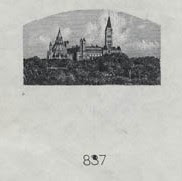 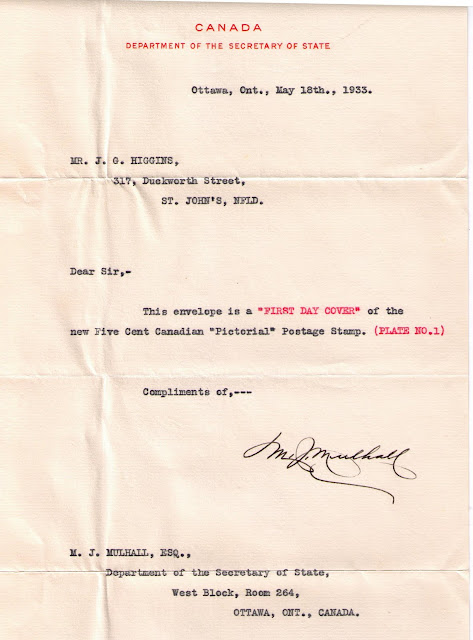 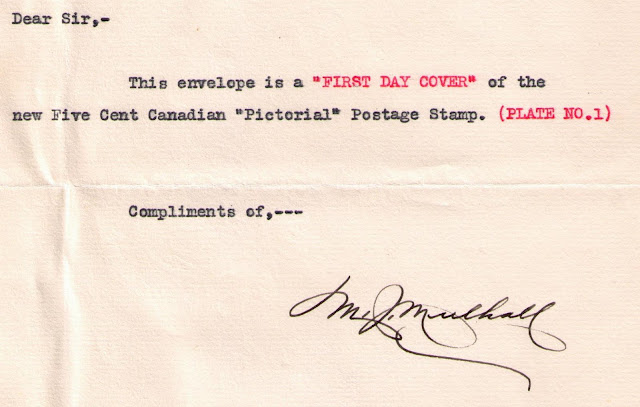 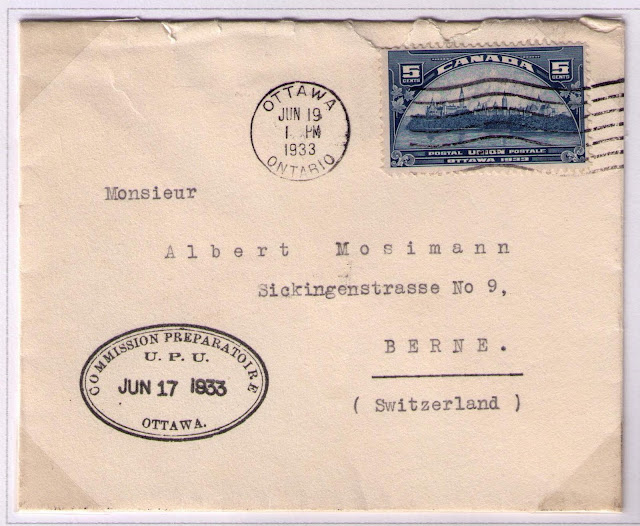 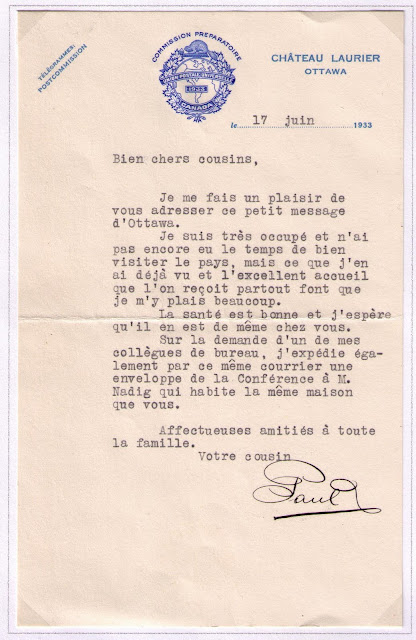 In the above letter, a UPU Commission participant writes to his cousins. He tells them that he is very busy and has not had an opportunity to visit the country, but is pleased with the reception he has received. 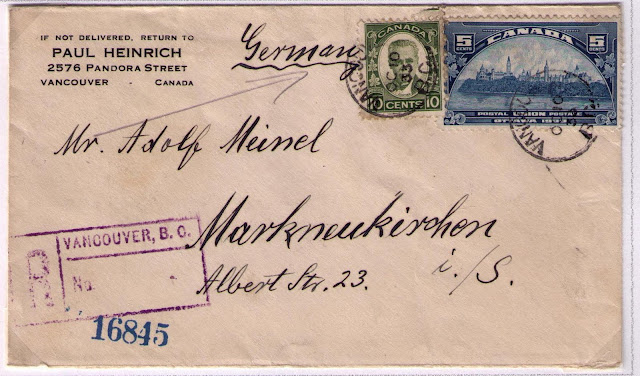 The 10th UPU Congress was held in Cairo in 1934. Egypt issued a set of 14 stamps to commemorate the Congress. Imperforate proof printing of stamps were produced for the Royal collection which was sold at auction in 1954. Prominent Canadian stamp dealer Kasimir Bileski purchased many of the stamps in the Royal collection. The 1934 UPU proofs shown below were sold by Mr. Bileski.

The word "Cancelled" was printed on the backs of the proofs: 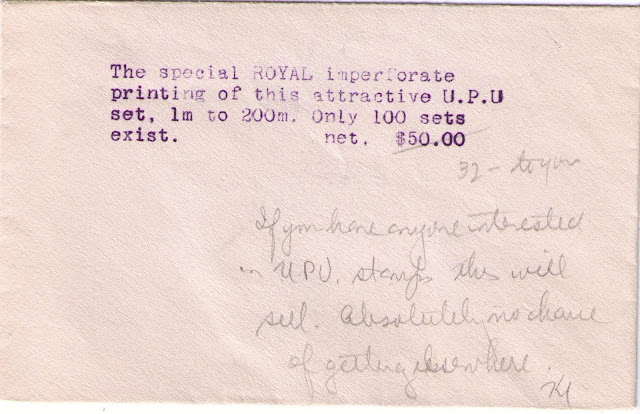 The special ROYAL imperforate
printing of this attractive U.P.U.
set, 1m to 200m. Only 100 sets
exist