The Hudson's Bay Company (HBC),  "Canada's Merchants since 1670", was a fitting subject to include in the Millennium series. 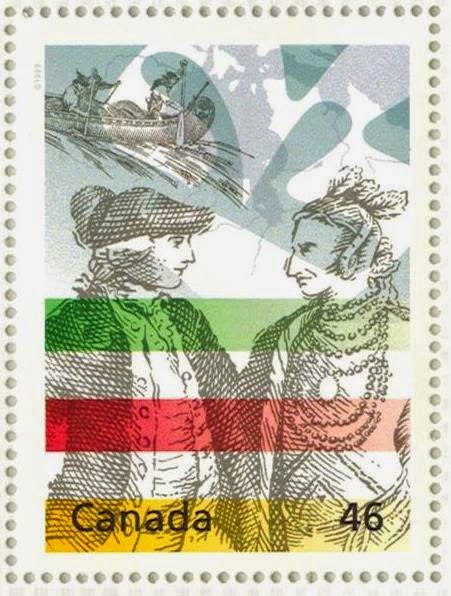 In 1670 King Charles granted a charter to his cousin Prince Rupert to create the trading enterprise Hudson's Bay Company (HBC). The HBC was granted "Rupert's Land" which contained almost 1.5 million square miles of western and northern Canada (40% of modern Canada).  Initially, HBC established forts and posts in the James Bay and Hudson Bay shores to which First Nations people brought furs to barter for goods such as knives, kettles, beads, needles and blankets 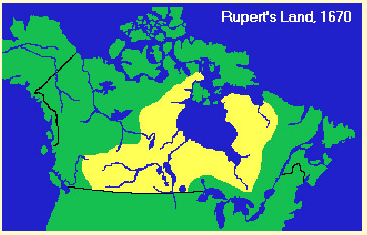 In the late 18th century, HBC expanded inland to western river networks establishing posts where future cities such as Winnipeg, Calgary and Edmonton would grow. In 1821 HBC merged with its rival, the North West Company.

In 1870, HBC's vast land holdings were transferred back to the crown and became incorporated into the newly created Dominion of Canada.With the surrender of its territories, the retail era began for HBC. The Company concentrated on transforming trading posts across northern and remote Canada into saleshops. In 1912,  HBC began a modernization program which resulted in the opening of  the "original six" HBC department stores, in Victoria, Vancouver, Edmonton, Calgary, Saskatoon and Winnipeg.  Today, the department store business is the only remaining part of the company's operations. HBC abandoned the fur trade and retail in northern and remote communities in 1987. 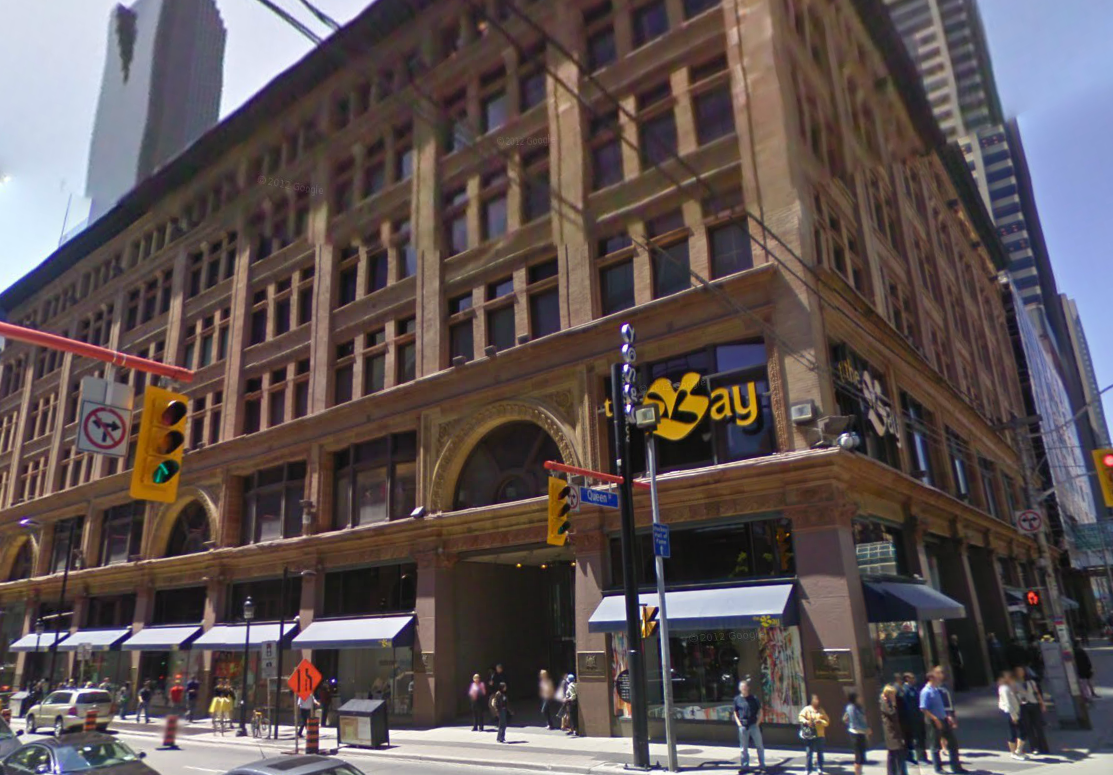 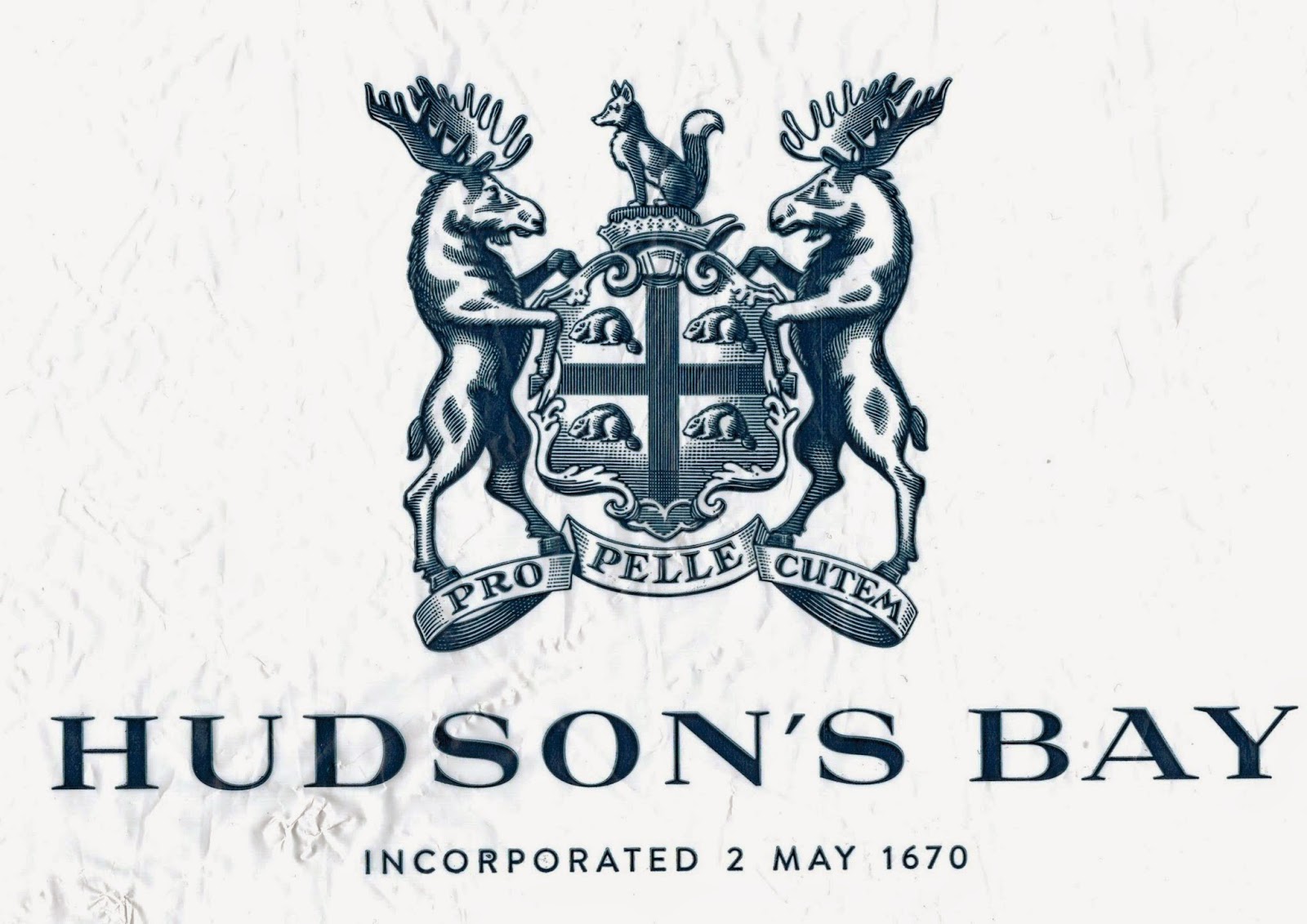 The links below provide a wealth of information about early Canadian history and the HBC.

The Millennium stamp has three horizontal coloured stripes across the bottom portion of the stamp design. The colours are particularly significant because coloured stripes are featured on the product most identified with HBC : the striped point blanket. 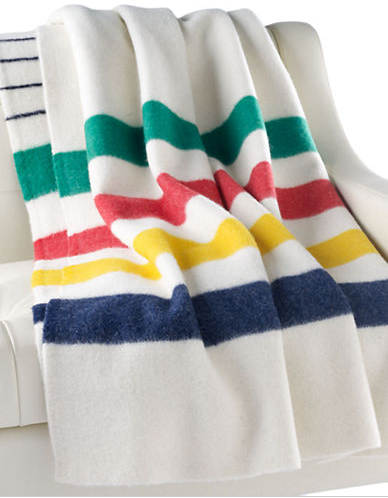 The primary colours of the signature HBC Collection striped point blanket first became popular in the reign of Queen Anne (1702-1714). First commissioned by HBC in 1800, the multi stripe has never been out of production since. It is the most popular colourway of all the HBC point blankets, past or present. Over time, it has become the product most identified with HBC, and by extension, Canada. 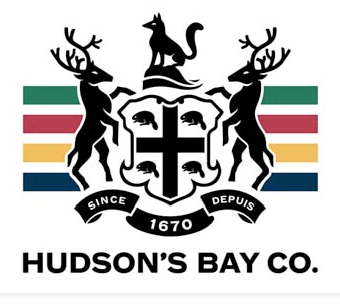 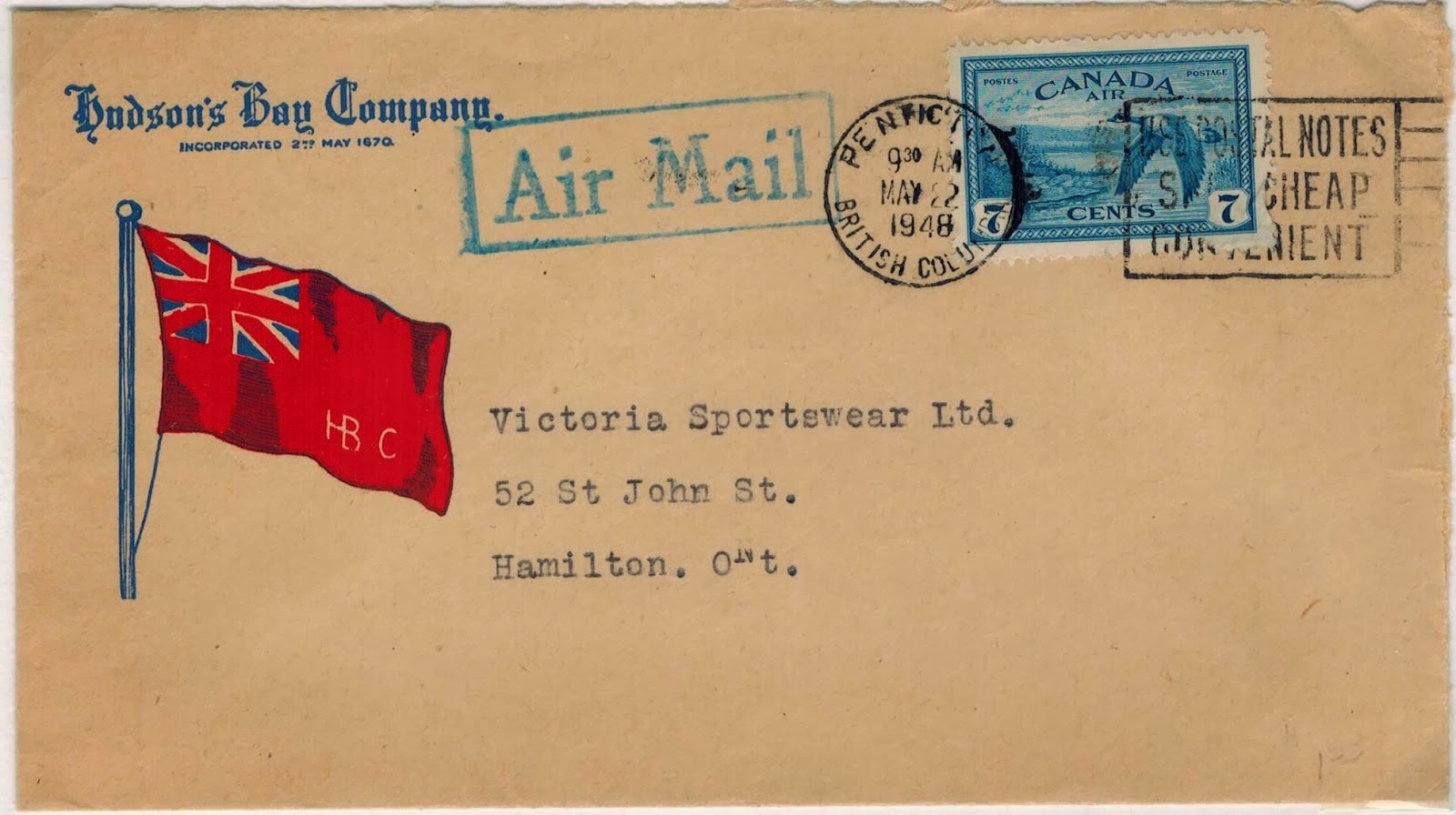 The Hudson's Bay Company stamp was one of 68 Millennium stamps first issued in a hardbound book, Canada Post The Millennium Collection : Expressions of a People, on September 15, 1999. The stamps were printed two to a page. 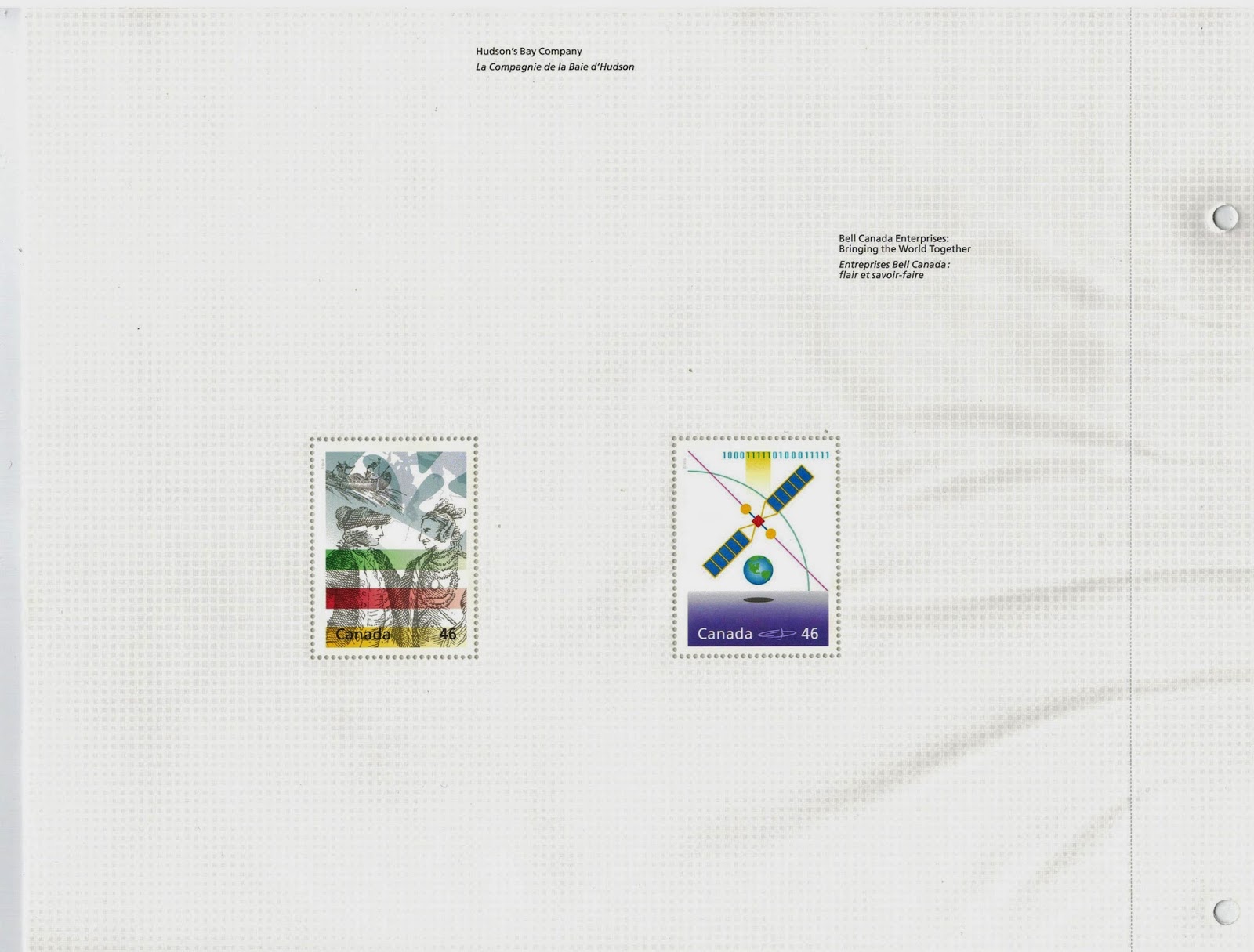 The Hudson's Bay Company and the Bell Canada Enterprises  stamps were printed on the same page.

Canada Post Corporation re-issued the Millennium stamps in panes of 4 stamps issued over a three month period from December 17, 1999 to March 17, 2000. The souvenir sheet with the Hudson's Bay Company stamp  was released on  March 17, 2000. 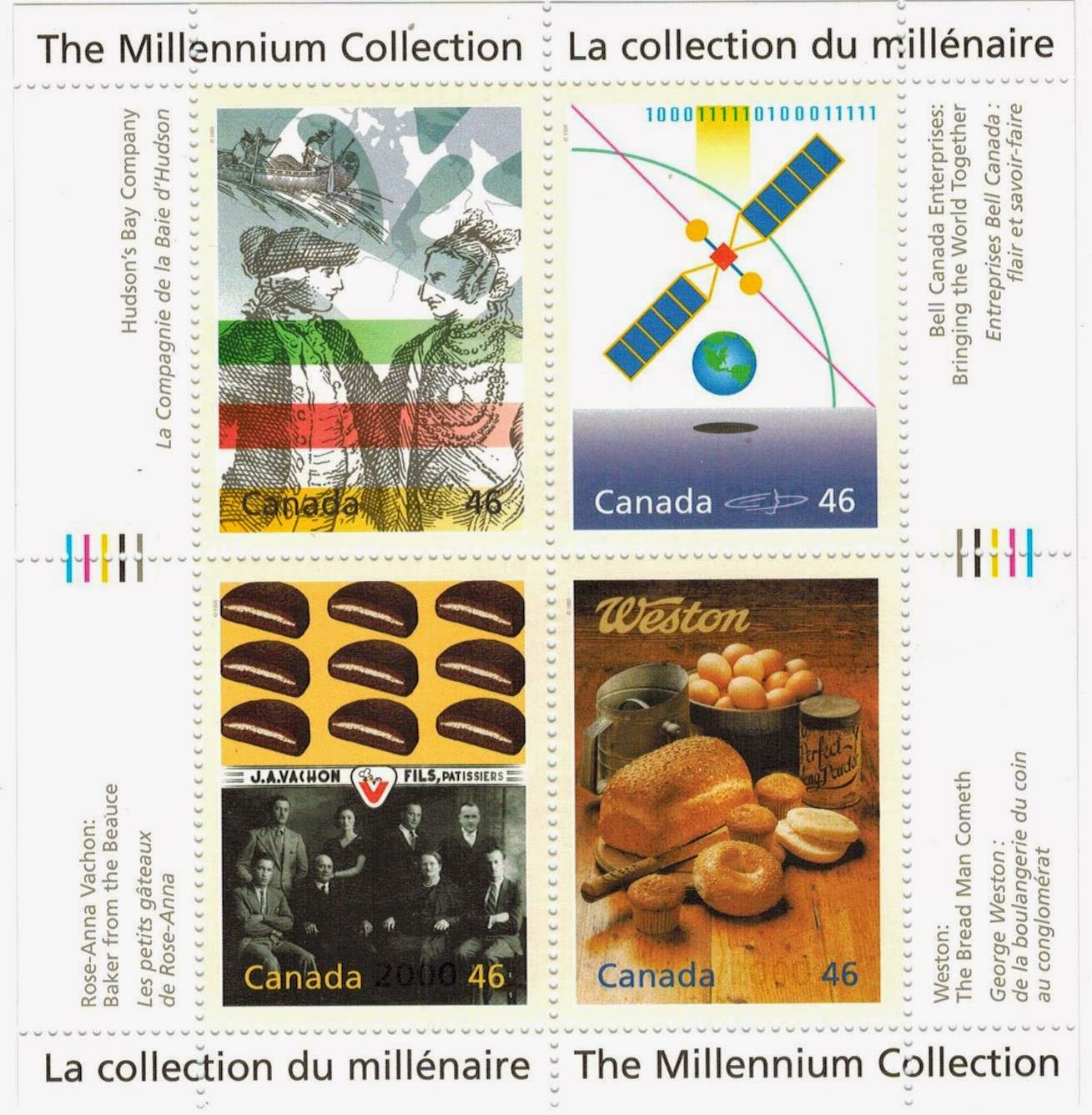 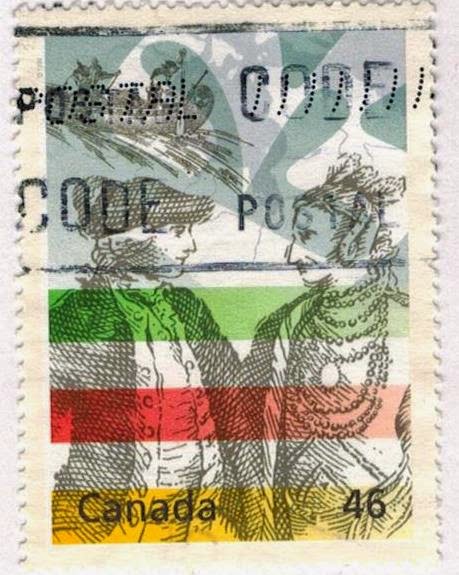 Posted by philcovex at 5:30 PM