King John III Sobieski was the elective king of Poland from 1674 to 1696 who is noted for leading his troops to victory over the Turks in the pivotal Battle of Vienna in 1683. 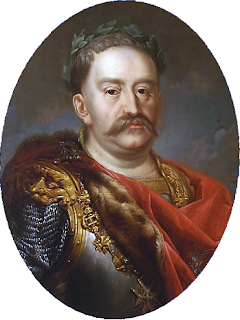 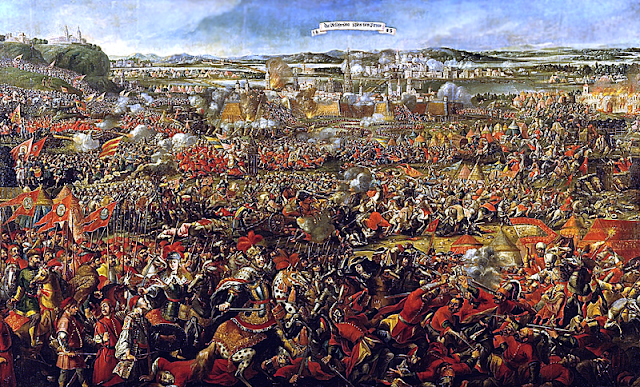 The Relief of Vienna

In 1983, Canada was one of the nations that commemorated the 300th year anniversary of Sobieski's "Relief of Vienna". While commemorative stamps were issued by Austria and Poland, Canada Post authorized the use of a slogan cancellation coinciding with the POLCAPEX Philatelic Numismatic Exhibition held in New Westminster on September 12, 1983. 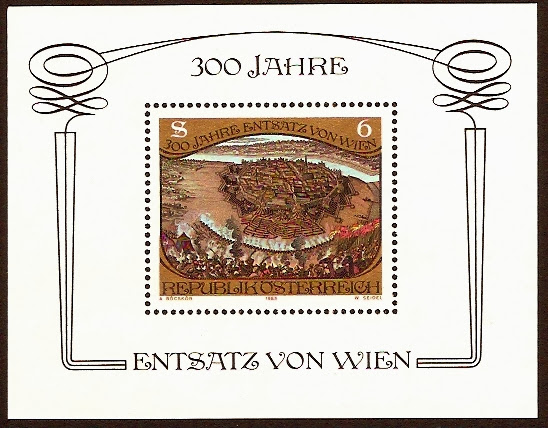 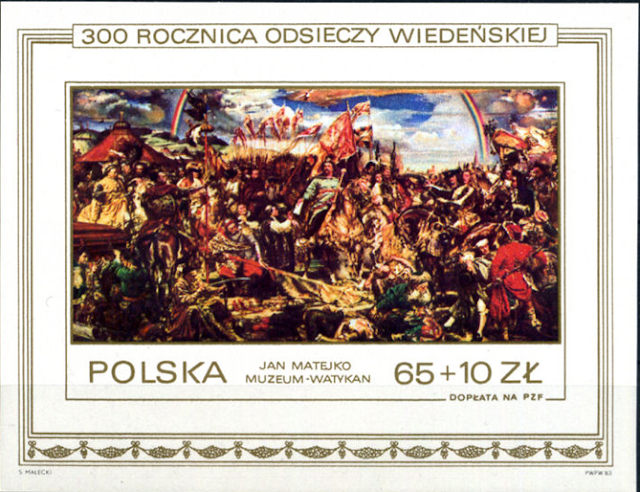 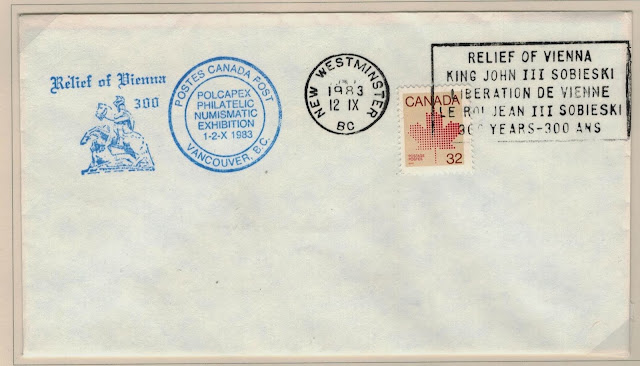 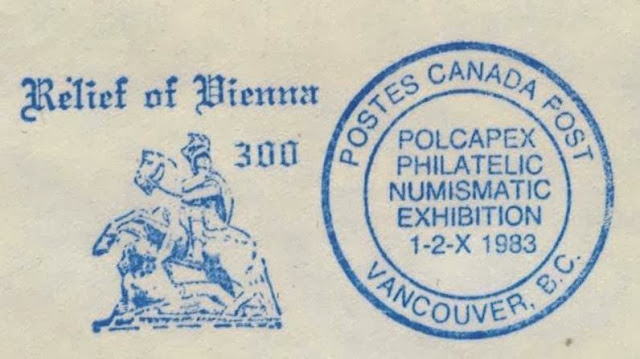 Posted by philcovex at 6:11 PM