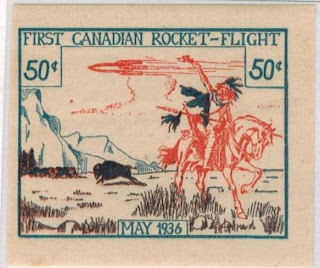 Rockets captured the public imagination in the 1930s with the launches of  experimental rockets designed to carry mail. In 1934, German rocket maker Gerhard Zucker attempted to convince the British Post Office that postal delivery by rocket was viable. After initial demonstrations on the Sussex Downs in England, rockets were launched in Scotland but exploded.  In 1936, Zucker agreed to make rocket flights in the U.S. and Canada in conjunction with the Third International Philatelic Exhibition (TIPEX) held in New York.

Zucker was arrested in Germany before he could come to New York. German stamp dealer, Karl Henning, had prepared stamps, covers and cancellations for the flights which he brought to TIPEX along with the rocket launching rack. Although the Niagara Falls flight did not take place, the Henning souvenirs are colourful reminders of rocketry's pioneer era. 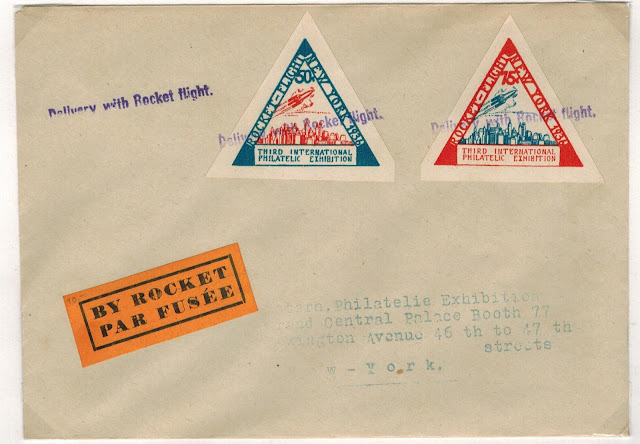 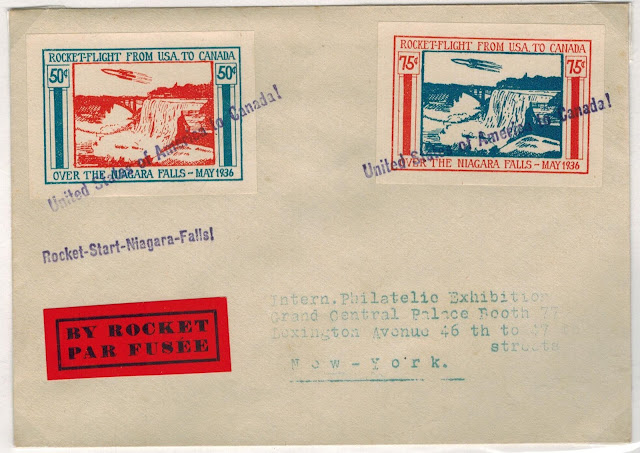 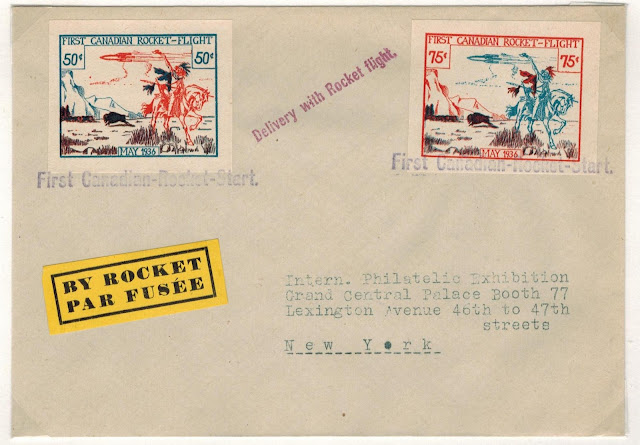 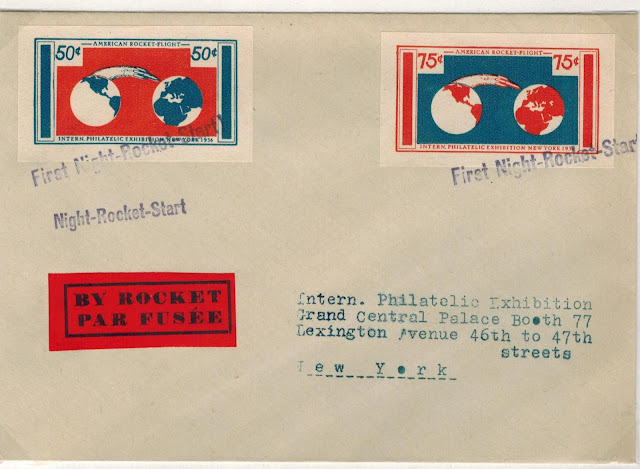 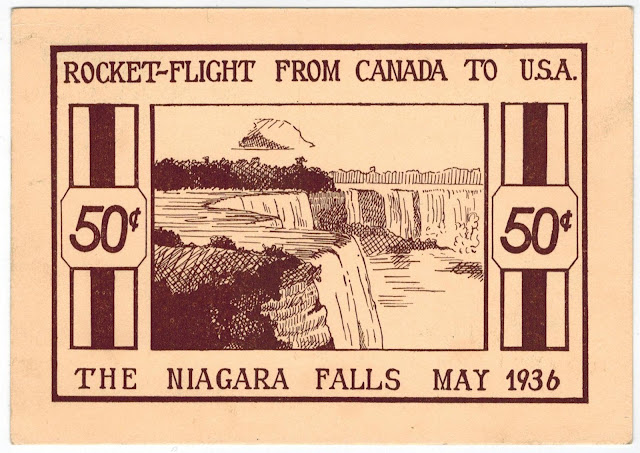 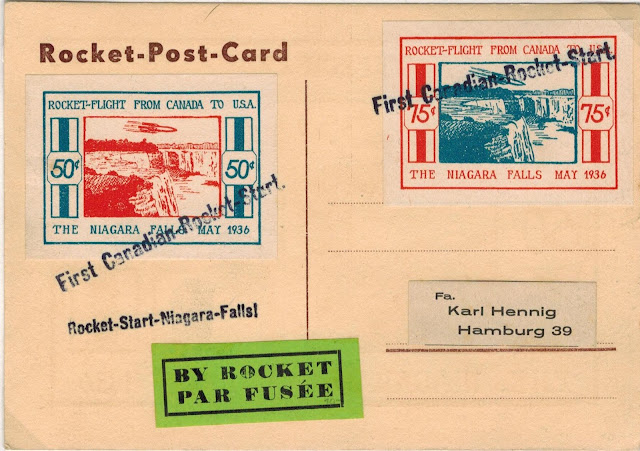 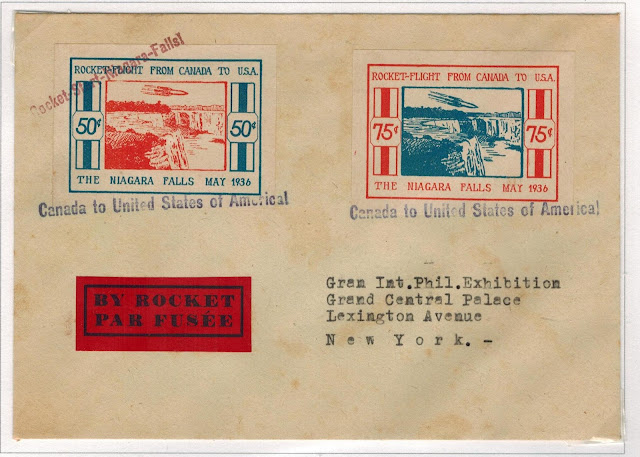 Posted by philcovex at 6:38 PM