On May 6, 1840, Britain issued the world's first adhesive postage stamp,the "Penny Black", featuring an engraving of a young Queen Victoria. 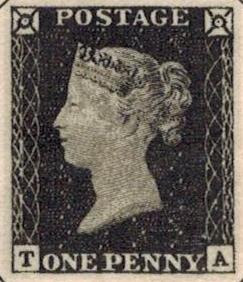 This post shows Canadian philatelic commemoration of this historical event.

To commemorate the Penny Black's centennial, a slogan cancellation was produced for use at the Hamilton, Ontario post office on May 6, 1940. 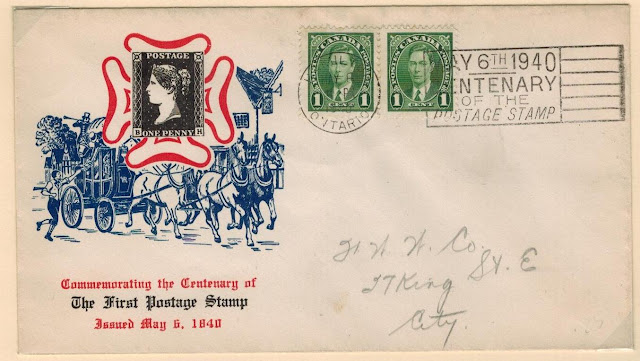 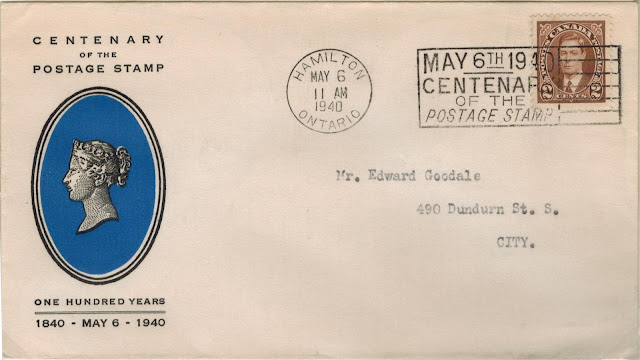