Today's global fears are trivial compared to the threat of nuclear mutual assured destruction (M.A.D.) faced by Canadians during the cold war years. The possibility of nuclear attack from the U.S.S.R. was a threat taken seriously by the Canadian government. For example, on November 13, 1961, an emergency preparedness drill called Exercise Tocsin was held by the Canadian Government that simulated a nuclear attack on Canada. Every law enforcement agency, provincial, and municipal government took part in the exercise. Part of the exercise was a 13 minute radio programme that was broadcast by every radio transmitter in the country. The broadcast told citizens of Canada what to do in the event of nuclear war. Now that is scary!

What does this have to do with postal history? Well, it turns out that the Canada Post Office (CPO) wasn't going to let a nuclear attack prevent it from delivering letter mail. In 1960, the CPO printed Emergency Change of Address and Safety Notification Post Cards to be used "in time of war" by citizens who survived an attack.

The Emergency Change of Address Post Card was to be used by survivors to advise the post office of their "post-emergency" address so that their letter mail could be forwarded. 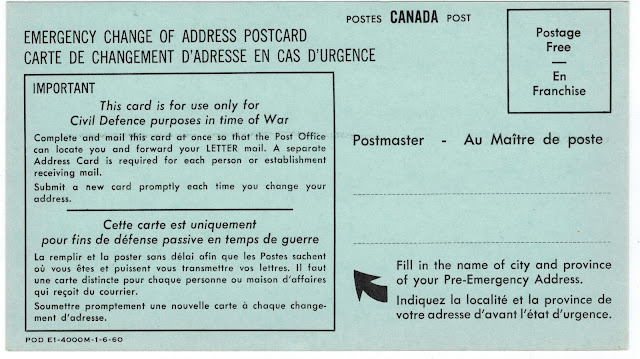 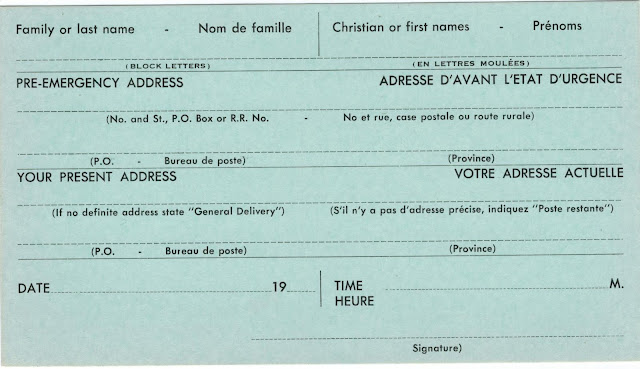 The Safety Notification Postcard was to be used to advise friends and relatives that the addressee had survived the attack. 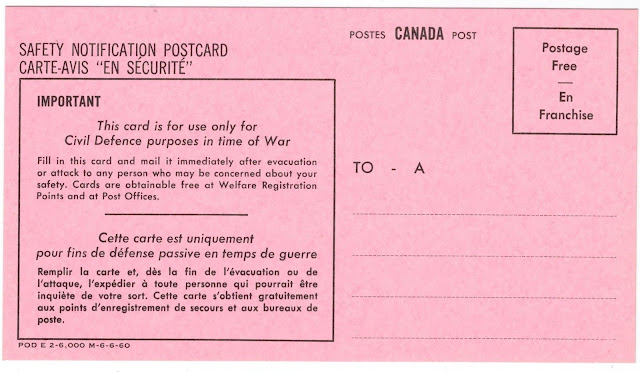 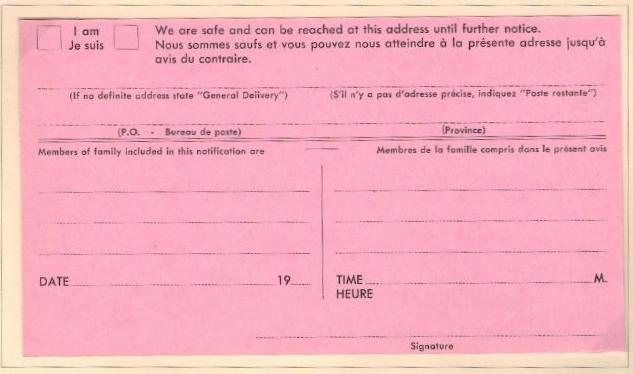 How reassuring it must have been to know that the CPO would deliver mail in the aftermath of a nuclear attack.
Posted by philcovex at 8:50 PM