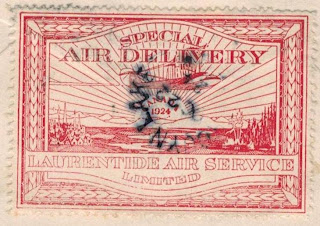 From 1924 to 1932, the Canada Post Office authorized airline companies to charge a fee for carriage of mail in northern Canada and issue their own stamps. The airline fee was in addition to Canadian postage. Airline company stamps were not to be affixed to the front of the envelopes.

Laurentide Air Service Ltd, carried out operations in both Québec and Ontario, including the first regular Canadian air-mail, passenger and freight service from Haileybury, Ont, to Rouyn, Qué (1924). 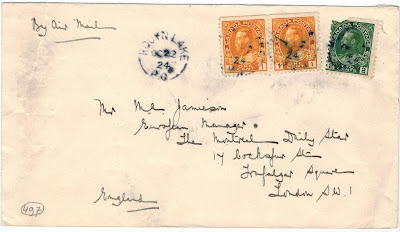 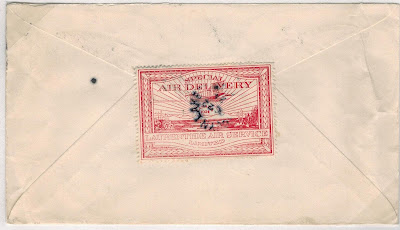