This post is a review of the cancelling machines manufactured by International Peripheral Systems (IPS) of Lewiston, Pennsylvania that were installed at Canadian postal facilities from 1971 to 2000.


This article is organized as follows:

Many dedicated philatelists have studied the IPS machine cancellations and published their findings. I appreciate their efforts and  have relied on the following articles to present this summary:

The dater hub's lettering was cut fine with the town name at the top usually followed by a coma and the province/ territory abbreviation at the bottom.  Postal codes were included in some daters. 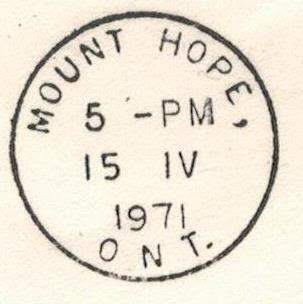 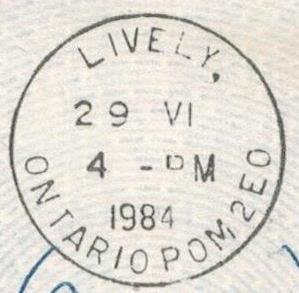 The obliterator consisted of seven wavy lines. Very few slogans were produced for the Model HD-2.

HD-2 machines were installed across Canada but not at Manitoba or Yukon Territory post offices. Canadian Forces Post Offices (CFPOs) in Germany (Lahr and  Baden-Soelingen) were  also supplied with HD-2 machines. 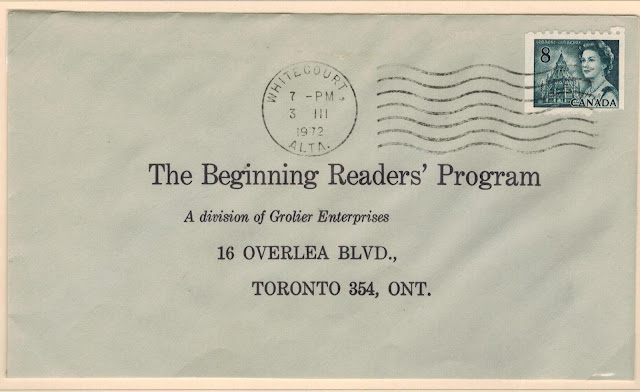 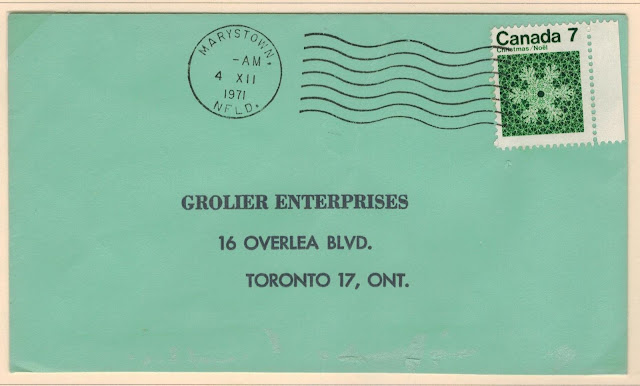 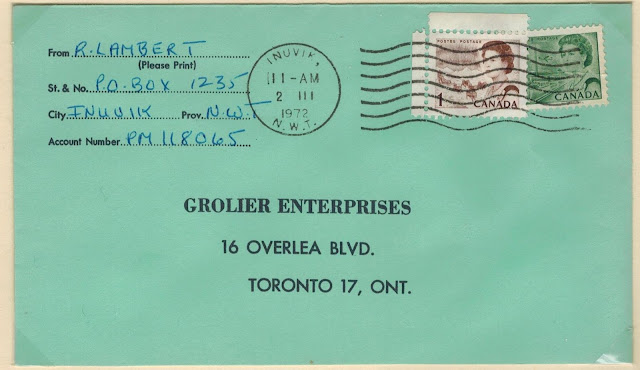 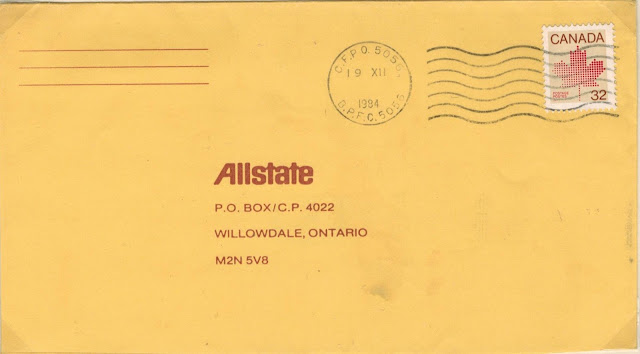 From 1984 to 1989, the Hillsborough post office's International Peripheral System machine canceller was provided with a slogan publicizing its railroad museum. [See earlier post]

The Sechelt, B.C., post office was supplied with an experimental HDM IPS machine which had a  double ring dater. This was the only HDM machine installed in Canada. 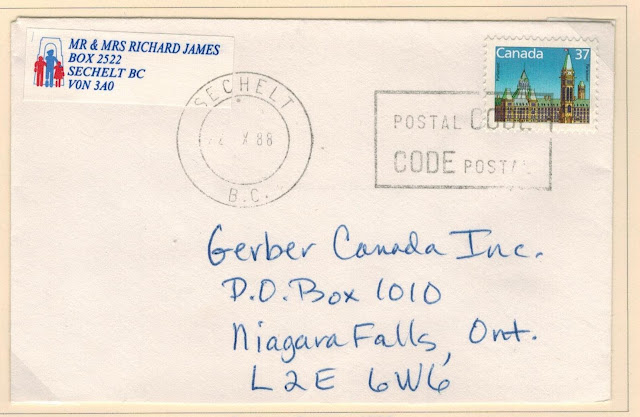 In the 1980s, Canada Post started to replace the old Pitney-Bowes (PB) cancelling machines which were no longer in production and whose maintenance was becoming expensive. PB machines had been in use for up to fifty years at some post offices.

A two-phase replacement program was initiated:

The German-made Klussendorf machines were supplied beginning in 1983 [see earlier post]. These low speed machines were installed in over 400 post offices.

A second type of machine, the high speed MST machine was initially installed at 180 post offices starting in February 1986. The MST machines not only  replaced the old PB machines but some of the newly installed Klussendorf machines as well.


The standard dater hub had the name of the city at the top and a two-letter provincial designation at the bottom. Date and time information indicia were in one line. Machines were supplied with "POSTAL CODE / CODE POSTAL" slogans.

Small numbers above the dater hub identified the different dies supplied to a postal facility. 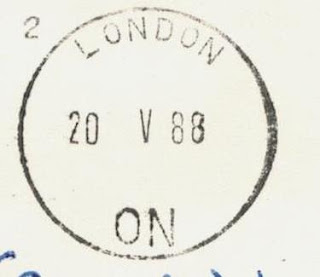 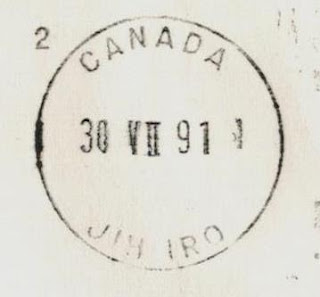 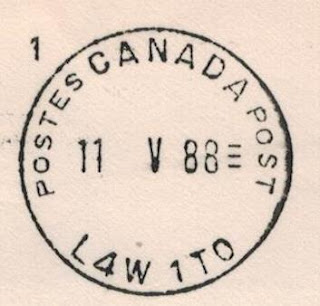 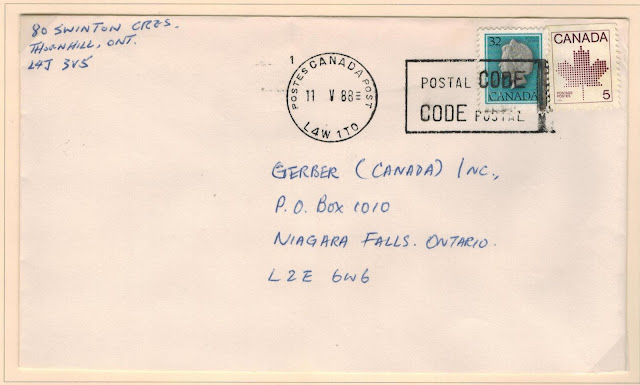 
Black square cancellations with date information in the centre appeared at several mail facilities was reported to be a spare die for the MTS machine. 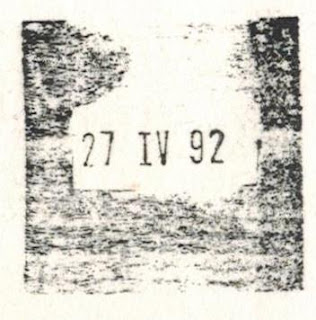 Dozens of slogan cancellations were used with the MTS machine. A few are shown below: 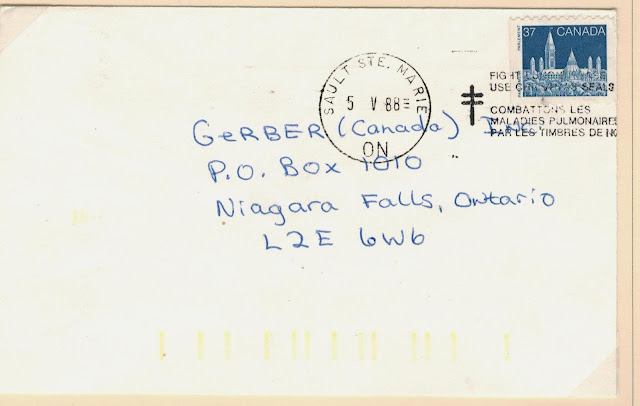 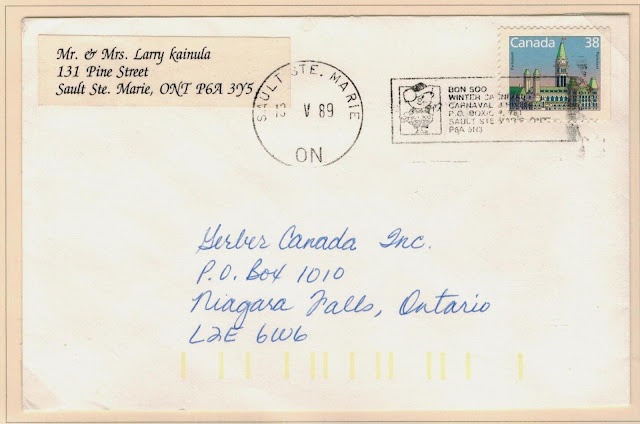 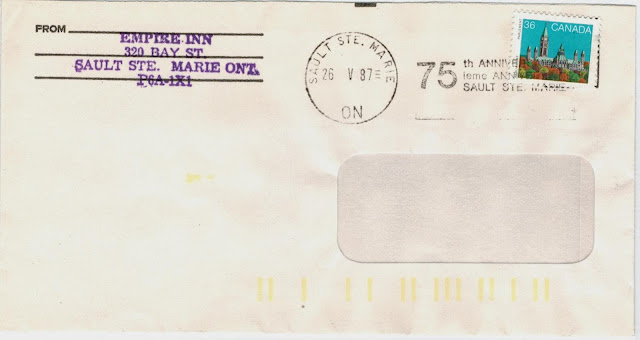 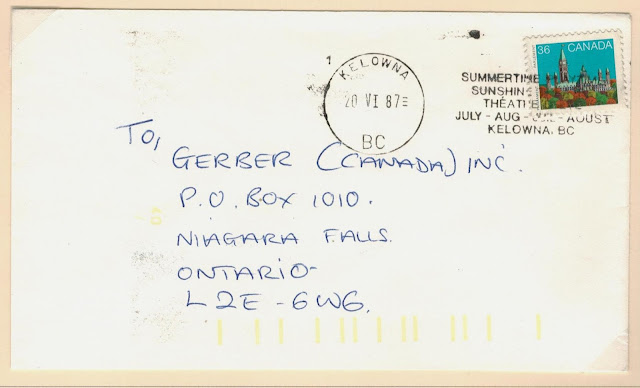 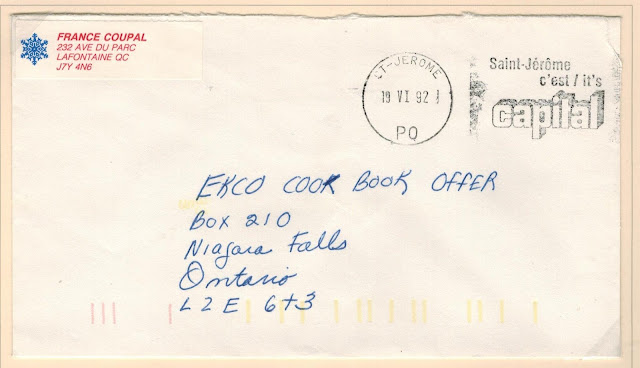 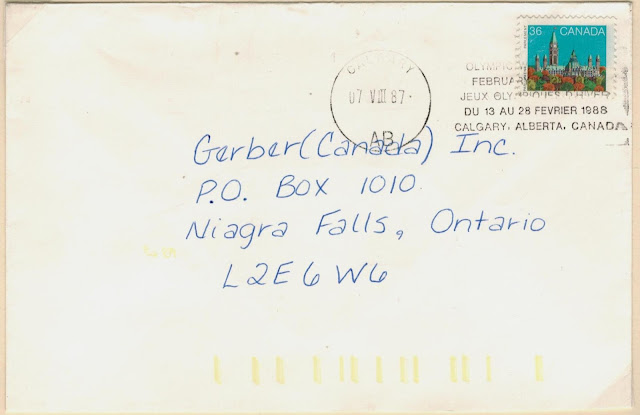 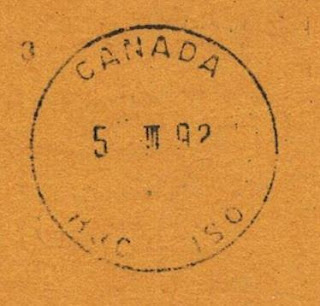 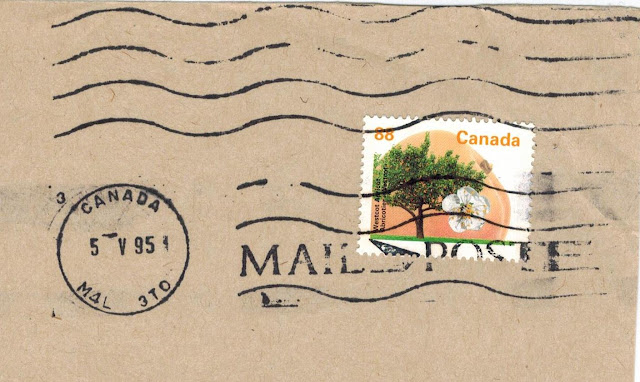 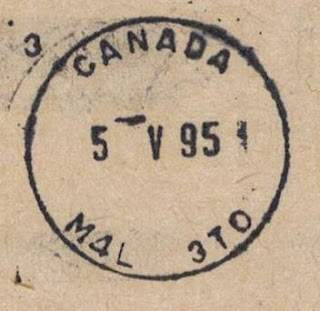 The cancels were similar in appearance to those used with the MTS machine but the standard slogan was different, reading www.canada post.ca/ www.postescanada.ca : 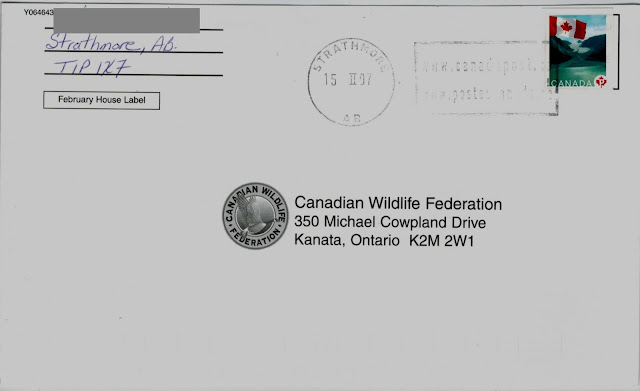 Posted by philcovex at 5:35 PM