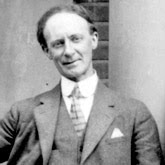 J.E.H. MacDonald (1873- 1932), one of Canada's leading painters and a member of the Group of Seven, was born in Durham, England, and emigrated to Canada in 1887 with his English mother and Canadian father. He studied at the Hamilton Art School and the Central Ontario School of Art and Design, in Toronto, Ontario. MacDonald worked at Grip Ltd. from 1895 to 1911, when Lawren Harris persuaded him to start painting full time. In 1922, MacDonald accepted a full-time teaching position at the Ontario College of Art.

J.E.H. MacDonald paintings have been reproduced on three Canadian stamps.

MacDonald's 1921 painting, The Solemn Land, was the model for the 25 cent Centennial definitive stamp issued on February 8, 1967. 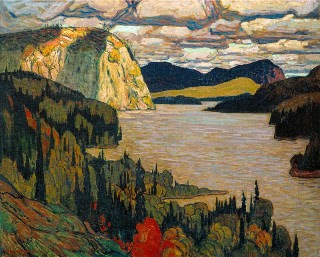 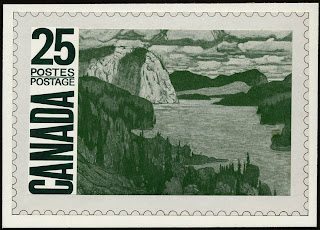 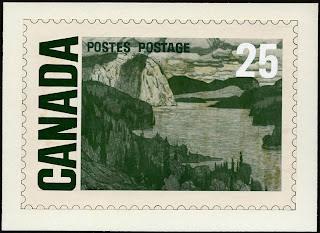 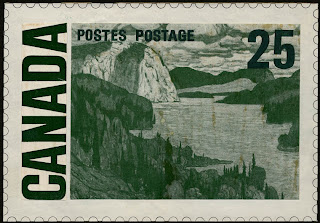 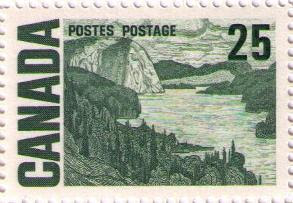 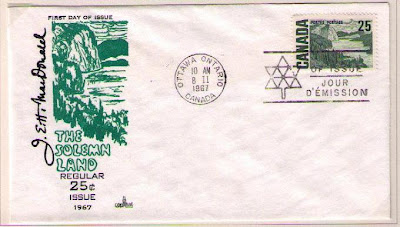 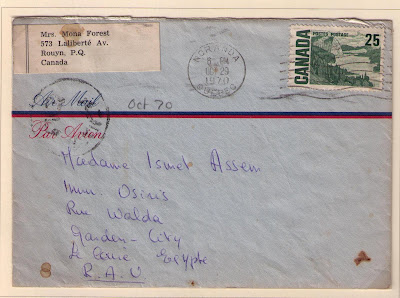 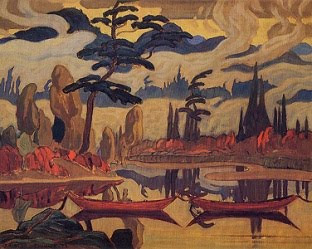 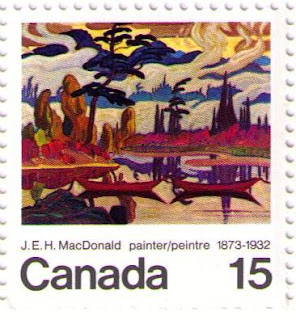 The MacDonald commemorative was issued on June 8, 1973. 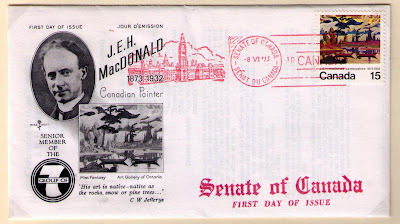 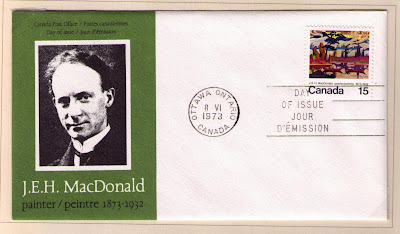 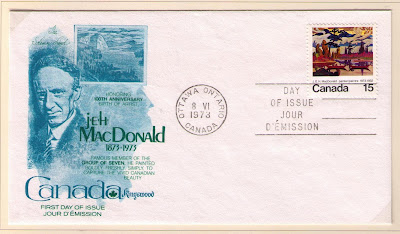 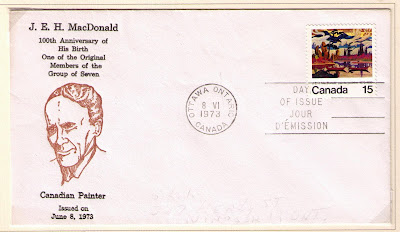 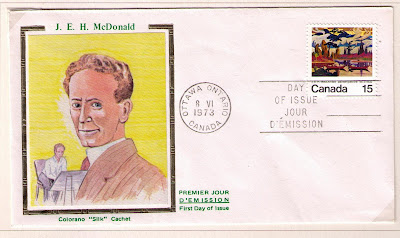 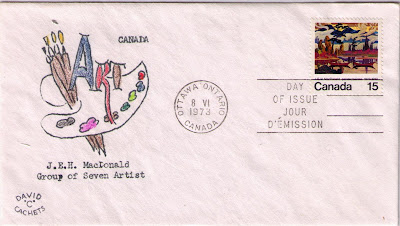 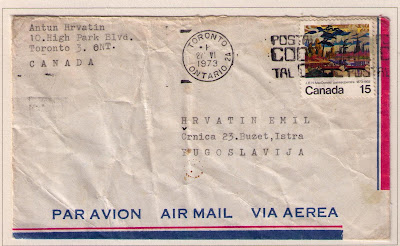 3. "Montreal River"
In 1995, Canada Post issued a set of stamps to commemorate the 75th anniversary of the formation of the Group of Seven. Macdonald's 1920 painting Falls, Montreal River was reproduced on a souvenir sheet. 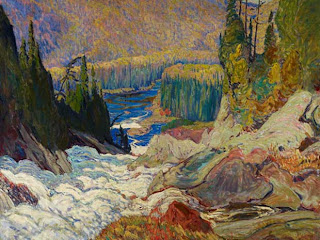 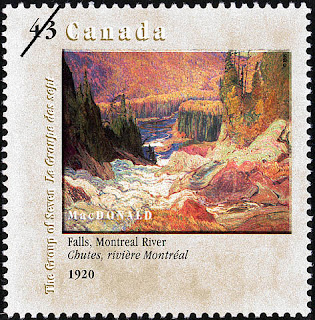 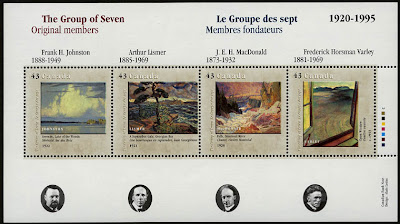 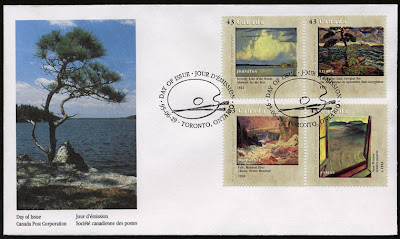 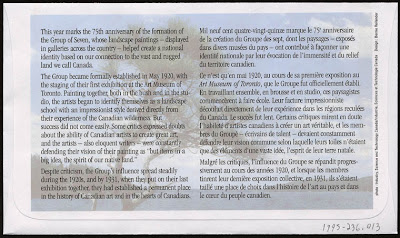 National Archives of Canada
Posted by philcovex at 12:04 PM