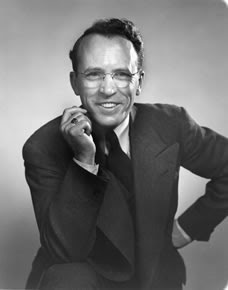 Tommy Douglas (1904-1986) was a Scottish-born Baptist minister who became a Canadian social democratic politician. Douglas led the first socialist government elected in Canada, serving as Saskatchewan's premier for 17 years from 1944 to 1961. The extensive achievements of Tommy Douglas are summarized at the Tommy Douglas Research Institute's web site. Douglas is recognized as the father of socialized medicine in Canada.

In 1961, Douglas resigned as premier to lead the federal New Democratic Party. He served as leader of the NDP until 1971 when he became the party's energy critic until his retirement in 1979. He was made Companion of the Order of Canada in 1980.

It is interesting to note that RCMP security officers shadowed Douglas from the late 1930s until at least 1981. In 2004, Tommy Douglas was voted "The Greatest Canadian" in a national CBC Television poll. 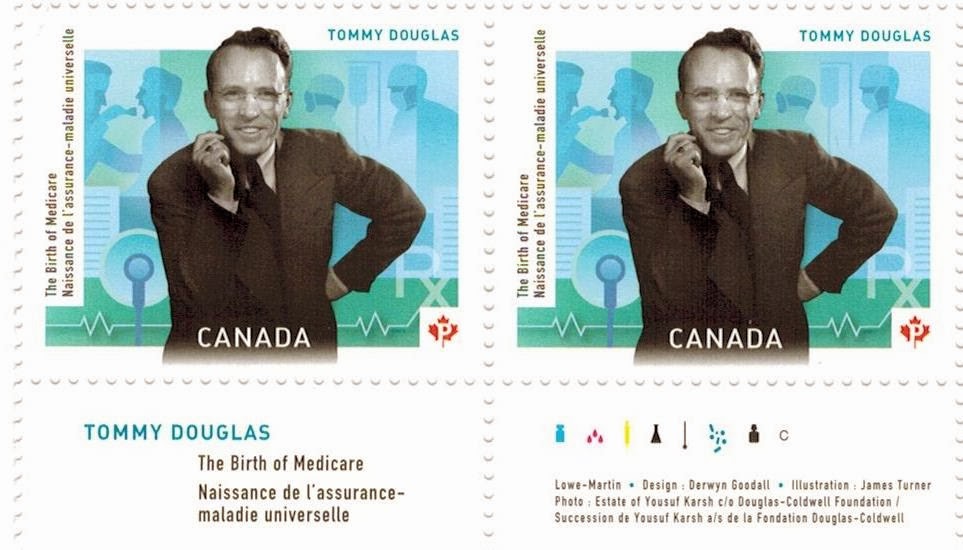 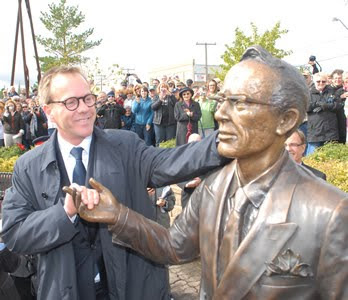 Tommy Douglas served as a federal Member of Parliament for over 24 years. 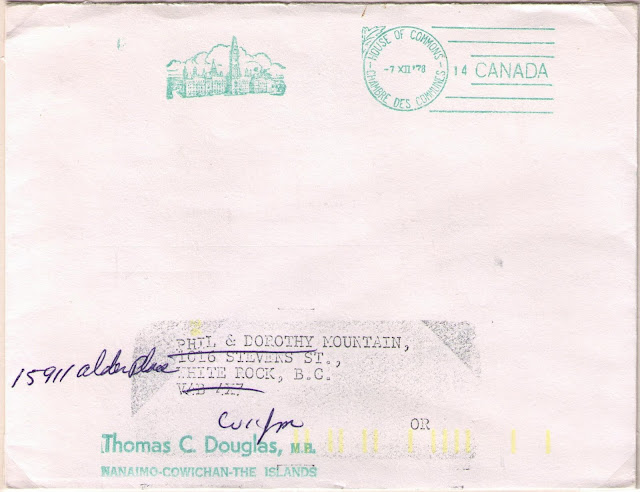 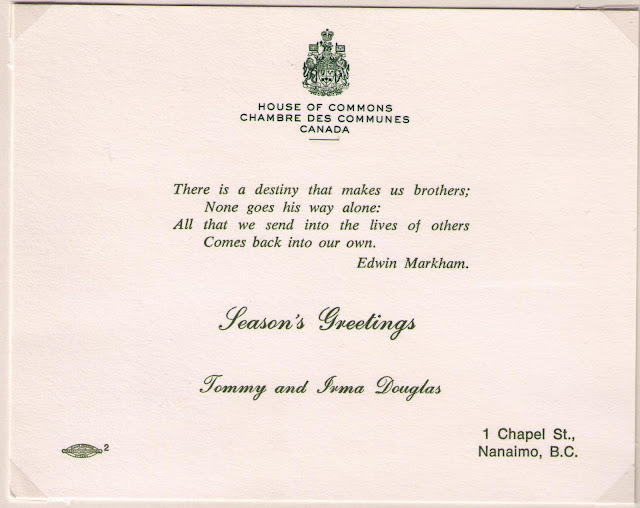 Posted by philcovex at 1:57 AM