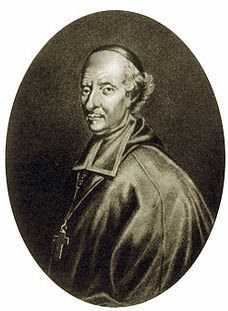 François-Xavier de Laval (1623 - 1708) was the first bishop of Quebec City and founder of many educational institutions. He came to Quebec City in 1659 to serve as apostolic vicar in New France before becoming first bishop of Quebec in 1674. He started to establish the Canadian Church by giving it the strength and unity of the parochial system. Laval was inflexibly single-minded. Although willing to compromise on some issues, such as the scale of tithes, he fought an unrelenting battle against the liquor trade with Indians. With the king's backing and by quiet determination, Laval outlasted vociferous opponents, including governors.

The Canada Post Office stamp commemorating the 350th anniversary of the birth Laval was designed by Gerry Lorange and Michael Fog. 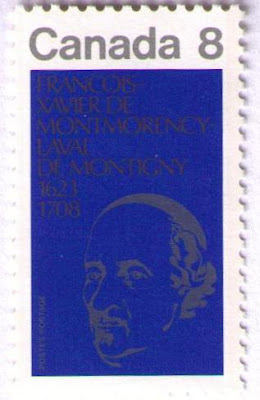 Unfortunately, the stamp was a design failure. The image of Laval printed in silver ink on an ultramarine background is difficult to make out and looks like a photographic negative. The gold text is lost in the dark background.

Although the Laval stamp was printed by Ashton-Potter Limited, the British American Bank Note Company (BABN) prepared essays for the stamp. The proofs and colour trials shown below were all produced by the BABN.

The Ashton-Potter issued Laval stamp has a hyphen between the words "Francois" and "Xavier". The hyphen was not in the original BABN proofs and colour trials.

No Hyphen between "Francois" and "Xavier"
National Archives of Canada 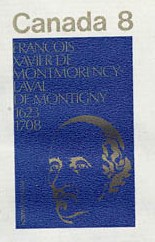 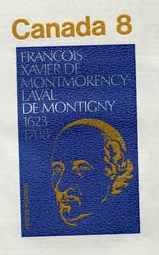 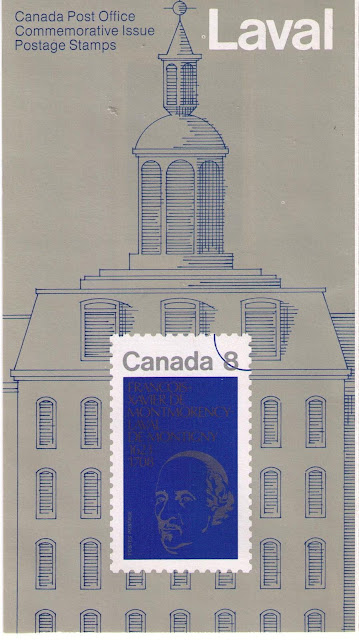 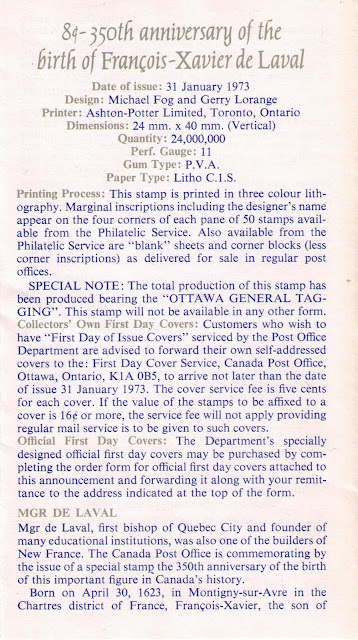 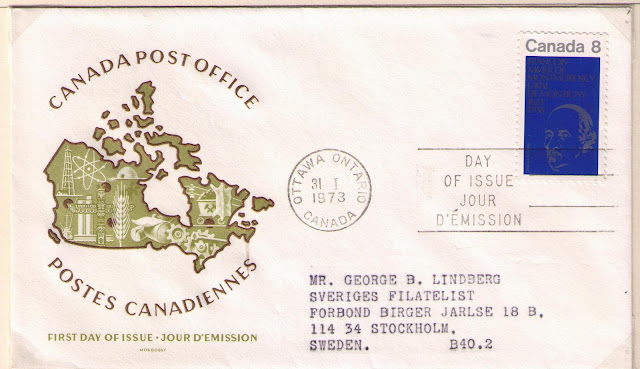 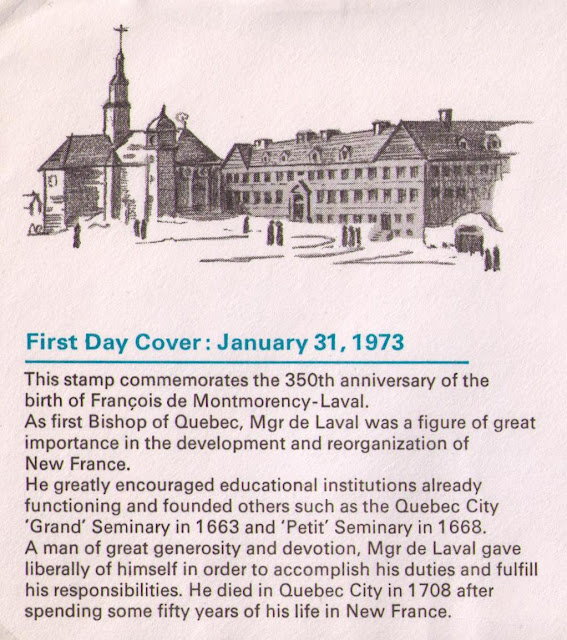 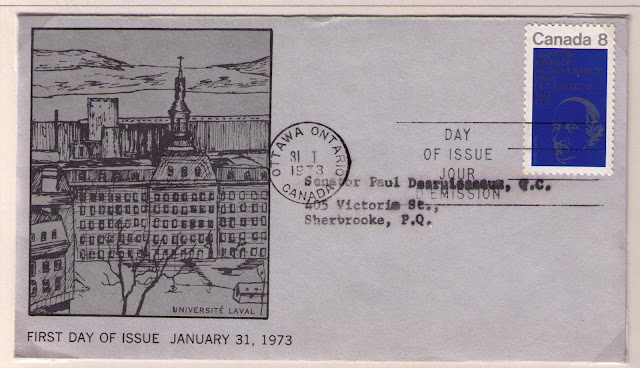 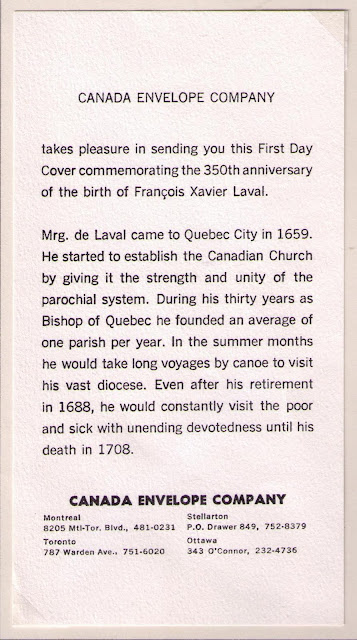 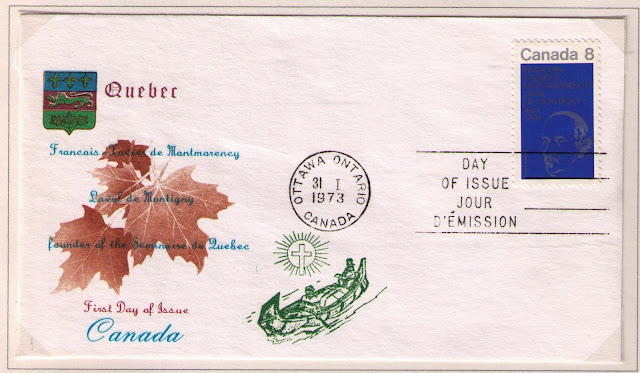 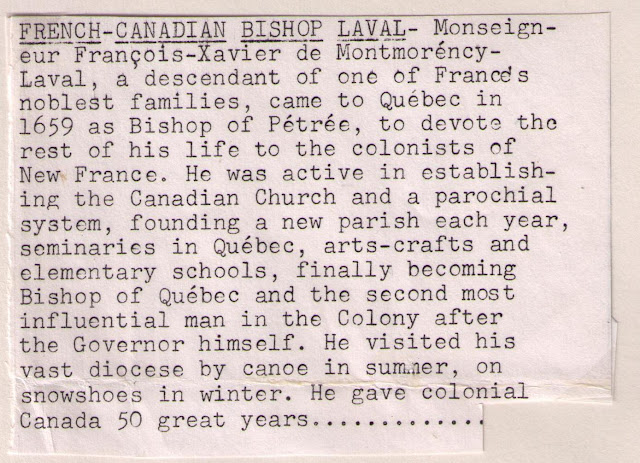 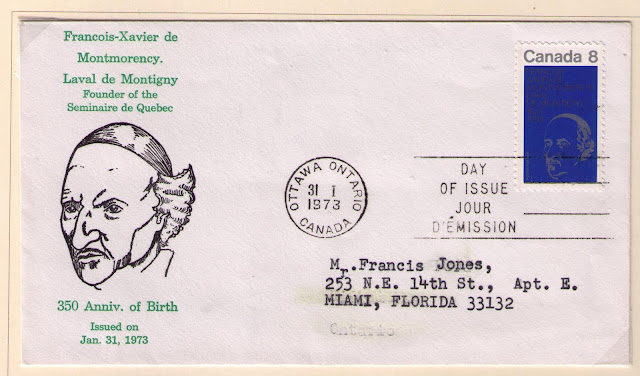 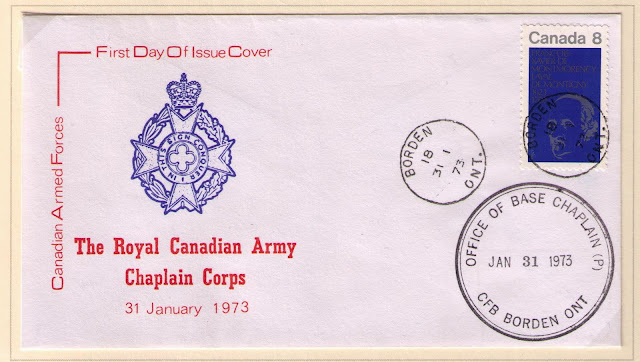 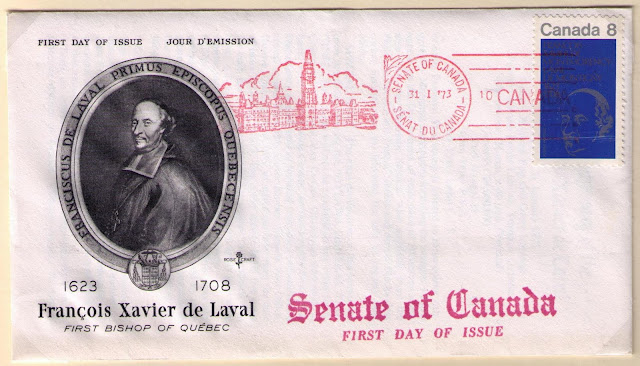 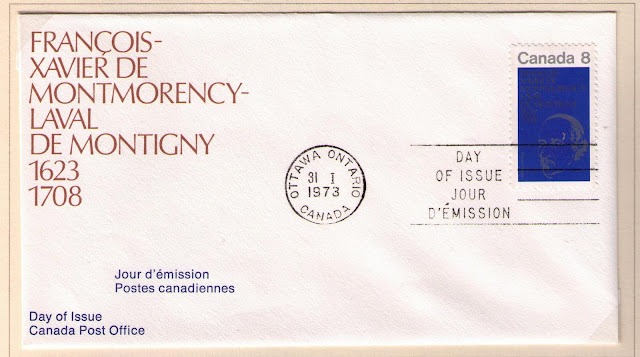 The makers of the Colorano silk cachets produced first day cover of Canadian issue from 1973 to 1994. The Laval stamp was the first Canadian Colorano product. 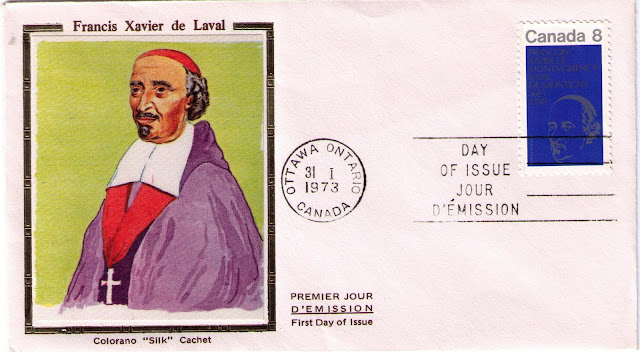 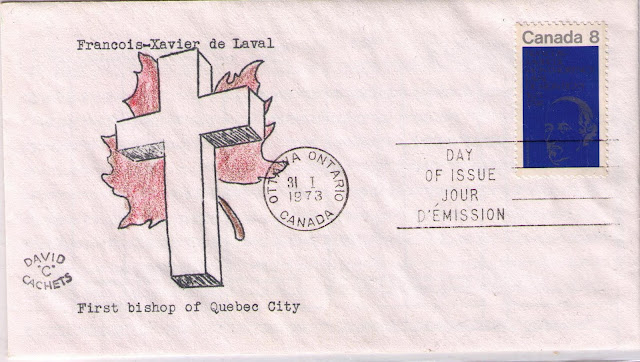 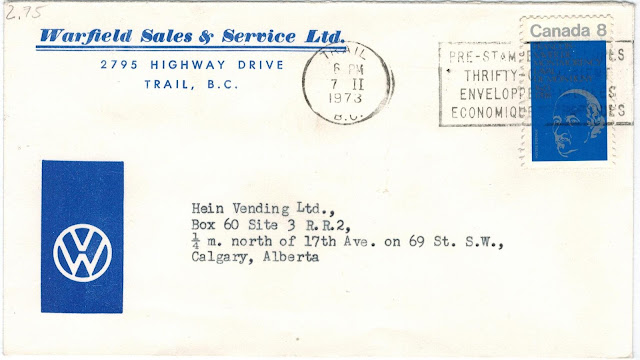 A
ir Mail Letter to the United States 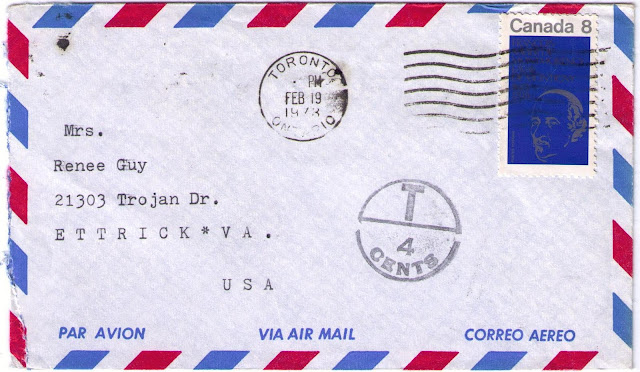